Test your reaction time by trying to evade the guillotine blade.

Time passer You have to wait a little after the timer and then try to beat the blade by taking your finger off right on time if you take it out before blade is even moving you loseand get no points.I tried and passed 3 times really challenging. 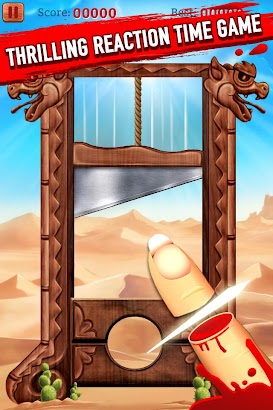 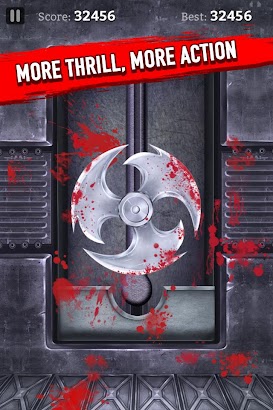 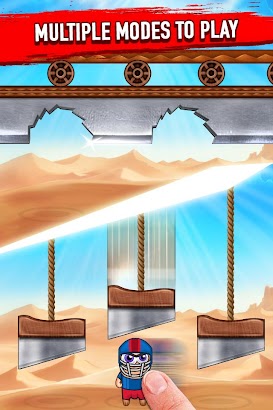 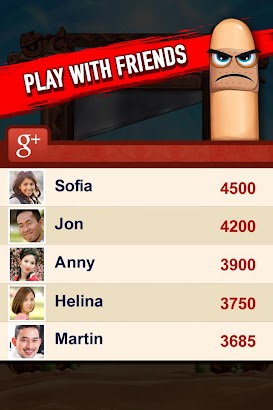 Finger Slayer is most thrilling reaction time game specially designed for Android. Test your reaction time by trying to evade the guillotine blade.

Simply place your finger on guillotine circle and wait for 3,2,1 & Go count. After Go count remove your finger as soon as blade drops. The longer you wait till the blade falls the higher the score. Also if you remove your finger to early then the game ends so timing is essential.

Thank you for playing Finger Slayer!

Krystle Lopez November 22, 2016
You have to wait a little after the timer and then try to beat the blade by taking your finger off right on time if you take it out before blade is even moving you loseand get no points.I tried and passed 3 times really challenging.

UnknownJune 26, 2017
This is a more fun app for reaction training than clicking on boring colours. Most reviews seem to think it is supposed to be like Super Mario or something. No ads free verson though? Ads are killing it for me.

Lawrence Raftery October 19, 2016
I don’t like that the gift bar far up slow but I do like it is a stress game I dust gave my little brother ago and he stressed like mad!???

Dusthakar Venkatrao Prakash October 25, 2016
Hated it a lot most horrible game in the world people who are playing this game they wil get bored after some time !!!!!!!!!!!!!!!!!!!!!! So please don’t download this game and waste your GBs

UnknownJanuary 22, 2017
That little bar at the side really makes me go madIt should not be there

william neaves October 23, 2016
Boring and it maybe caused because I’m 9 and play GTA

UnknownFebruary 17, 2017
It’s very use full game for students who didn’t concentrate their mind I love it

Evelyn VieBrooks January 3, 2017
This game is very fun, but it would be better if it started out easier.Thank you.

Stephanie Pope February 23, 2017
I dont like the conrols and i get my finger cut off every time i play

Amogh Mv November 22, 2016
Wastest in the world. If I could I could give it 0 stars it is really boring

Jassim Badruddin December 13, 2016
Its is because this game is too funny after countdown i realese my finger

Linda Ward April 22, 2017
Your app is so freaking stupid I can’t even freaking get any coins

Corban Inglesby February 26, 2017
Bad and good itl e beter if you slice it

The Ogster December 17, 2016
It’s probably the most terriblistgame it’s poo

Athena Lounsbury October 5, 2016
It is super fun I want you to get this

UnknownJune 6, 2017
So scary and feel so real. But I am enjoying my time

Noah Sorsby November 15, 2016
I hate it play store I can’t describe it

Red Blaze YT April 11, 2017
This was my favourite childhood game and this is gory af ! Keep up the good work.

Allyson McIntosh May 31, 2017
I really like this game. It is challenging and you can unlock new blades

Raul Chindriș November 30, 2016
Is there a add free version that I can pay for?

Noorjahan Mimli September 2, 2017
I love you so that we can do this is an important role of luck to the best way gjhn

Ruhnoor Ahmed April 30, 2017
The wheel cotter does not work

UnknownJanuary 8, 2017
This game is so much scary

Alicia Garcia December 18, 2016
I think that this game is very fun and it is a great game for when your bored. ? ?
Tags
RV AppStudios