Multiplayer game by motives of old good Bomberman.Get some fun with friends!

I enjoy the game, but the in-game add are annoying. I would gladly pay for an ad-free version to support the dev. 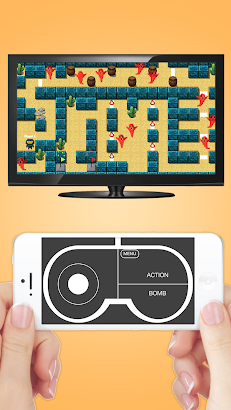 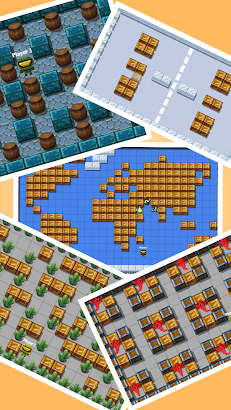 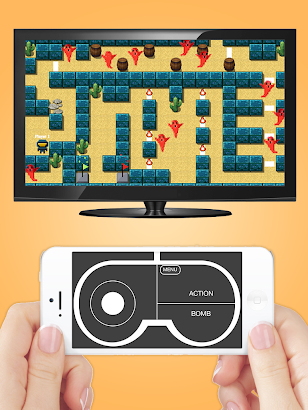 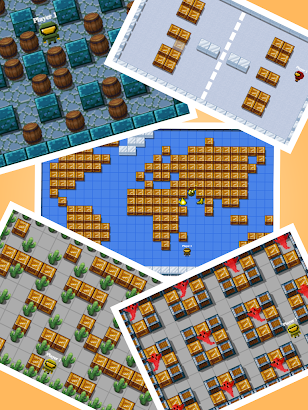 WARNING: You must have Chromecast device to play this game!
If you don’t there is touch and Android TV version .

Multiplayer game by motives of old good Bomberman.
Get some fun with friends!

– Use your phone as a joystick.
– Four modes: Survival, Deathmatch, Team vs Team and Flag Capture.
– Can play up to 6 players.

Brian Flowers May 4, 2017
I enjoy the game, but the in-game add are annoying. I would gladly pay for an ad-free version to support the dev.

Rui de Freitas October 4, 2017
For an old game it’s great. The controls are a bit Laggy. I love the fact that it is pixelated. Great game

John Green September 2, 2017
Fun to play with the kids

Dan Roman May 1, 2017
Sound is off, otherwise no noticeable lag.

Krazy Robloxian January 2, 2017
I CANT PLAY BECAUSE IT TOOK 3+ DAYS TO LOAD THEN I JUST UNINSTALLED THIS!!! DONT PLAY.

Lucas Salgueiro August 11, 2016
I like the Bombermen style gameplay but the controll is just to unresponsive and the analog sticmer just moves all around the screen making dificult to move around, and the delay is there, not game breaking, but is there, if there was a fix for the controller i would be satisfied already meanwhile w8 for a way (if possible) to decrease the delay

SnapshotByA2 August 12, 2016
Able to access conect to my other apps with my cromecast. But this game keep on searching for chromecast device.

Yosief Fitsum August 11, 2016
This is the only good game for chromecast that’s good exept the app can’t detect my chromecast?

Todd Steif October 26, 2016
Played survival mode once so far. Very thoughtful ui and great 8 bit graphics. Not very laggy either. The controls are simple and responsive.

Cain Olivares November 19, 2016
It’s currently not finding my Chromecast device. Hopefully it will be fixed in the near future.

Axel Foot Mayze October 31, 2016
Like the app, hope u can develop similar soon, good game to play with others. kudos!!

Jhavonte’ Brown September 7, 2016
Started right and bam had a fun game with friends

Jonathan Nagulesan May 20, 2016
This game is fun but there is a sound delay. For example, the bomb detonation is seen before it’s heard.

Ryan Claybaugh May 16, 2016
Great app, crashes at times. But definitely worth it. Controls could be tighter, still worth it

Ruben Kan June 2, 2016
This Bman clone is so great and fun. Wish the framerate on the ? was higher. Seems low for some reason

Cillían O’Byrne December 4, 2016
Unable to connect to chromecast with the latest version as it cannot find it. Nothing wrong with the chrimecast. Once that is resolved i will love this game

Mike M December 25, 2016
One of the best games for the chromecast. Bring on more maps more players.Add bots. Controls aren’t always responsive. But lots of fun.

Paul Disastro July 6, 2017
Too much lag to make it playable