Flap your wings and Jump through the Tiles and try to reach the 2048 Tile! 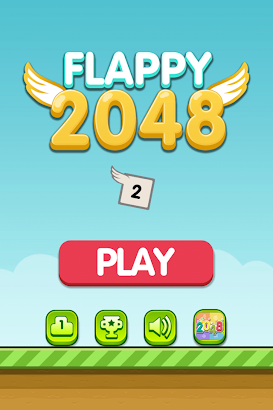 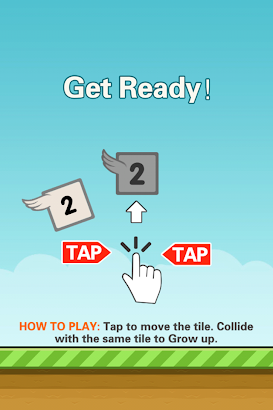 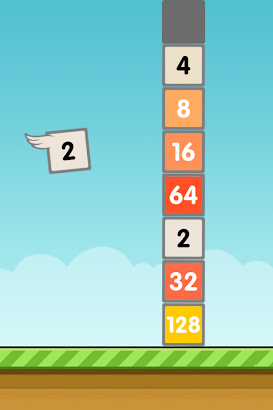 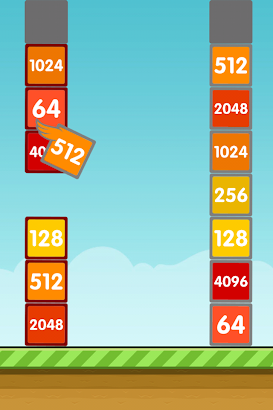 Flappy 2048, Flap your wings and Jump through the Tiles and try to reach the 2048 Tile! Happy or Floppy 2048 is a Simple, Addictive, Amazing , Free and Enjoyable Arcade game!

Game Features:
– HD Version, nice & clean UI, Smooth gaming experience.
– Well-designed Game Tutorial, Easy to learn, Fun to play, Tough to master!
– Global Ranking, Share your Highscores and Contest with players all over the world!
– Achievements, 10 Trophies for you to collect!
– Facebook Share, Show your Best Tiles on Facebook!
– Twitter Share, Show your Best Tiles on Twitter!
– Supports all devices including tablets.
– Frequent game improvements based on your feedback

NB: Before you begin playing Flappy 2048,be sure that the battery is fully charged. Good Luck ?

Collin Robinson March 28, 2015
Ex.At 4056 I made it but part way through… Killed me due to moving column pinching me to the ground.Games progress based on luck after 2048.That’s if one has skill.

Juhi Fazila April 23, 2016
I love this game soooo much so addicting! The only problem is that when you are trying the go through the square thats at the very bottom, it stops and says you lose. Ill rate 5 when this is fixed

Space Potato June 21, 2015
When I tap it sometimes it doesn’t react quickly enough. I’m used to the fast reaction of the spaceship in geometry dash so it’s kinda slow for me. But it’s a great concept of 2048. I’ll give the developers credit for that.

Jonathan Östensson December 24, 2014
Hard to aim and hitboxes doesn’t line up properly, tiles are usually too high or low in the column to hit without losing. Still entertaining, but difficult.

Taylor Mcmillon January 15, 2015
It seems like its boring but its like white tile because you wanna keep trying also speaking of white tile check it out if u haven’t checked it out❤❤❤

Jason Thompson June 8, 2015
Horrible, useless doesn’t even have promise. In concept its a good idea but execution is bad.

Annalisa Arcuri January 25, 2015
A little addicting but when the tiles are at the bottom its nearly impossible to get and once you get to the black tiles they’re all black so its confusing

Shawn Murray March 20, 2015
I would give it 5 stars but the ads are annoying and are so irrelevant to the game its not even funny but without the ads it is a 5 star game

Tye Moore November 19, 2015
I understand that you are advertising to make money and force people to pay for the one without them, but every time I press start, an ad pops up and makes me lose, at the same time, I accidentally tap it and it brings me to the play store. Just fix how you advertise.

Lotra J March 26, 2015
you thick idiots its the way u tap not impossible its so easy u must…. must be stupid u thickos

Josh Bourgeois November 19, 2015
It’s ok, but to many pop up ads, they literally time it so when u tap the screen a random add pops up to troll u, very annoying, at least make the tap reactions faster so it’s easier to play, plus I tap it, sometimes he don’t jump, plz fix this then il rate to 5

raj agarwal December 26, 2014
When the tile starts moving after reaching 2048 in some cases it is impossible to survive as the next target is given right above the ground.even if we enter it ,it strikes the ground and the game ends.solve this bug asap

Dina Aysha October 21, 2015
I am ami jofrom DCTC . I like this game,but always every adds will come on the screen.GUYS watch my next video of barrel o slime surprise toys. You GUYS must watch the video. Baai

Mihkel Org January 11, 2015
Why have you created a game so addicting and frustrating that I woke up,played 10 hours and then went back to sleep? WHYYYYY? XD

Salsabilla Hasna Mutiara Rizki February 1, 2015
Hardest game ever. When I reached 1024, the tiles are moving and somehow it’s impossible to reach the next tile because it’s on the bottom and it will suddenly loose.

Zoe Julien February 28, 2015
It is totally fun awesome totally like totes easy it’s the easiest game ever played in my life that’s how much I love it

taylor mcmillon January 2, 2015
Kinda hard but other than tht I’m hooked to it

Waterlord Arthur January 23, 2015
It’s a great time waster if you got a lot of time on your hands so play if you do

Buttcheek Murphy February 26, 2015
Best game ever but when you get to 2048 the tiles move and it’s hard to hit the next tile

Trey Slock May 21, 2015
Gameplay wasn’t as smooth to me as anticipated, bit the way you get higher on levels is pretty cool.

Mae Ann Daganio January 27, 2015
It is impossible to survive!

GrumpyStoner98 PS4 January 8, 2015
Its ok but the reaction time is really slow please fix this and will rate it five stars

Nick vitale December 23, 2014
Too hard to make the square fit through one of the tiles and when I tap to flap it the square doesn’t go up

Kaustav Saha July 24, 2015
Just doing this for the achievement

OrangeShamus March 24, 2015
Its like another flappy bird with a tune

A Google User April 3, 2015
Never get tired of playing this