Samsung Galaxy Note 2 Just horrible it feels laggy…and why is there a timer? It should be 1 point per pillar…..Flappy Bird is still better 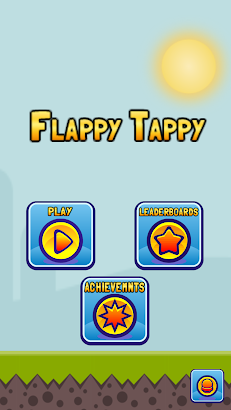 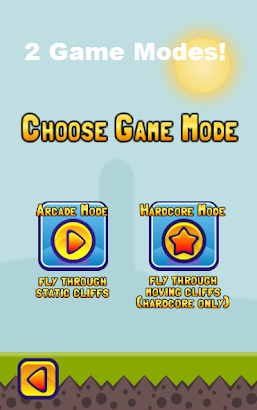 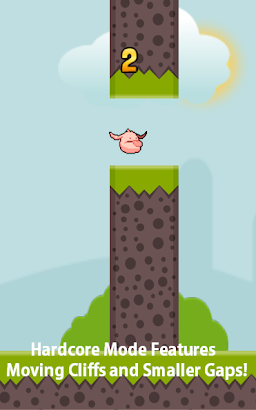 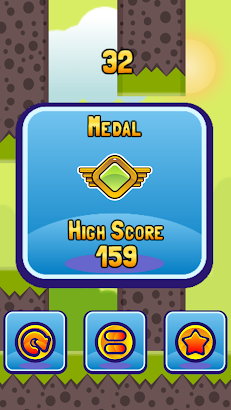 **Now one of the Top New Free Games on Google Play!**

Tap to flap to see how far you go! No level is the same! The background color changes as you play! Think you can do it? Try it! Tappy Flappy features 2 Game Modes which appeals to both beginners and the veterans!

*NEW* Hardcore Mode has been added that features Moving Cliffs and Smaller Gaps! Now you can truly test your reaction time and skills!

How to play:
Tap the screen to fly to avoid randomly spawned cliffs. The level is different every time you play. Earn medals the further you fly! Who needs a bird and games like it when you have Flappy Tappy!
Complete with people from all over the world with Flappy Tappy’s new Online Leaderboards both with Arcade Mode and Hardcore Mode!
Earn tons achievements by playing!
Extremely Addicting!

1.1.2
* Fixed Hardcore Mode restart bug
* Added options menu to turn the sound off or on
1.1.1
* Fixed rare crash and glitchiness that would happen to some users
* Improved performance allowing for smoother game play
1.1.0
* Updated Hardcore Mode* Cliffs in Hardcore Mode now have smaller gaps making Hardcore Mode much more challenging
Be sure to spread the word about Flappy Tappy! Help us reach 100,000 downloads!

Michael Rosenow February 15, 2014
Just horrible it feels laggy…and why is there a timer? It should be 1 point per pillar…..Flappy Bird is still better

Paige Denton March 1, 2014
This game is idiotic… Flappy bird is way better than this.

Kenneth Griffith February 24, 2014
It will glitch out every few games

Chloe Rosser February 23, 2014
The scoring system is stupid and its boring

Ericka Quintana February 17, 2014
I hatethis game I hate clumsy bird the only game I like is flappy bird the original one it’s a challenge and flappy bird might come back !

Kellie Chaput February 18, 2014
i hate this games so pathetic this game is stupied it gives u rAndom numbers

Aoife Weldon February 19, 2014
This Is just another version of Flappy birds but it’s still fun

Developer Happy Panda Studios February 15, 2014 How can we make it better?

Nadine Akkila February 11, 2014
I didnt like the flapping sound :s its annoying.

Alondra Dragneel February 12, 2014
My Screen Turns Black and then Says GAME OVER!?

Robreauna Peals February 8, 2014
whoever made this obviously is jealous of flappy bird and it goes sooo slow and it makes the same sound

Developer Happy Panda Studios February 7, 2014 I feel our game is pretty original. We’re not using pipes or a bird. We have tons of unique features that sets us apart from the rest.

ari w February 5, 2014
This is similar to Flappy Bird but still different in a lot of ways. The only suggestion I have (and it’s minor) is that the little tube things he flies through should be a bit thinner. Other than that I love it!

Adria Gordon February 4, 2014
Ughhhhh my screen keeps going black!!!!!! Until I hold in my power button to turn it off I can. So yea this game is really stupid…. flappy bird is way better!!! Carry on:)

Enrique Hughes February 4, 2014
This game is just as fun as flappy bird but with better graphics
Tags
Happy Panda Studios