Are you ready for the firepower storm? THEN GET TO THE CHOPPA AND FIGHT!!

Damp auto fire won’t hit that small boat Good but the auto fire let’s it down as it’s hard to hit smaller or faster enemies and sometimes there’s too much of a delay before it realises it’s facing an enemy it’s good. U don’t need to spend real cash would of give it 5 if not for the auto fire it should be up to the player when to shoot change it please and Il give 5 stars for sure 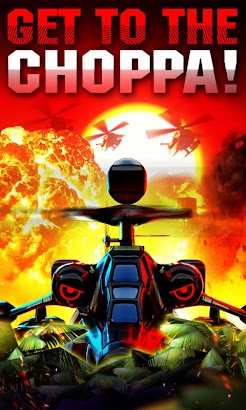 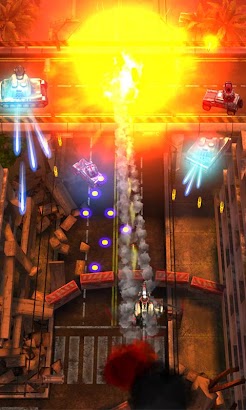 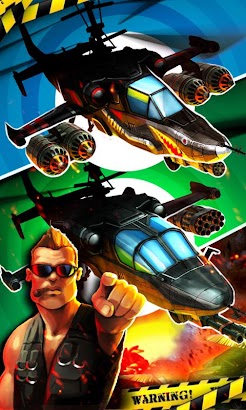 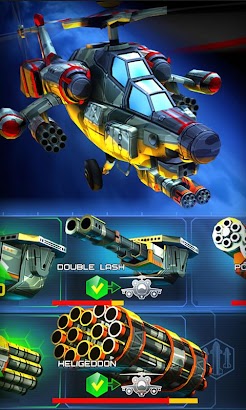 “HELI HELL gives you a wall to smash into, over and over again” – pocketgamer.com

Pilot, the world is on the verge of war. The situation is critical: it’s time for ACTION! Tear the sky apart with the blades of your helicopter and shoot down every enemy coming across your radar!

More powerful than ever, Dr. Evil and its squadrons have holed up on the Island of Vylleña. And now it’s up to you to track him down, fight and destroy all hostile activity before he brings chaos to this heavenly region.

Flying your heavily armed helicopter, do whatever it takes to avoid another deadly war to break out and bring back freedom and democracy to Vylleña Island.

The villain has marshaled a destructive gear of war: planes, warships, tanks, speedboats, gun-turrets… Not to forget the shadow of monumental bosses ready to appear when the action is at its peak and reduce your hopes to ashes!

HELI HELL offers a modern take on the vertical arcade shoot em’ up genre. Both video arcade machine buffs and fans of action and shooting war games will definitely be hooked.

Chris Beech January 11, 2017
Good but the auto fire let’s it down as it’s hard to hit smaller or faster enemies and sometimes there’s too much of a delay before it realises it’s facing an enemy it’s good. U don’t need to spend real cash would of give it 5 if not for the auto fire it should be up to the player when to shoot change it please and Il give 5 stars for sure

Shane Steffey September 28, 2016
So far game is sweet brah!! Seems u can unlock everything without having to pay a dime! Only complaint i have is dodging bullets when it gets crazy and theres bullets everywhere then your gonna get hit because your chopper is so big it also seems like bullets hit u when they touch your rotor blades sometimes

Bashar Muhammad September 21, 2016
I love this game so much , and i like what you’ve done with it. BUT why you don’t make cloud save (via G+ or facebook) to keep progress of our gameplay? Sometimes feel boring when restart all over from beginning.

Developer Starkom September 22, 2016 Thank you for playing our game. We made functional “cloud save” for the apple. We are currently working on updating and transfer of this function in Google Play.

Alveta Goodridge May 8, 2017
Cool game, please add more missions. Please make a Heli Hell 2. In Heli Hell 2 can you add a convoy mission where you have to protect a helicopter, and can you add enemy mechs and even a super tank boss. And you should allow buildings and other structures to be destroyed. And for some of the bosses , they should be Dr. Evil’smutant experiments with destructive weapons such as a napalm launcherand plasma missiles , even a atomic death ray.

willydsm1 October 28, 2015
Great graphics,fun to play, just wish there was a way to get more coins for upgrades, I find myself playing the same board tooo many times over to be able to get enough coins to upgrade…..

Blialau Lauj February 7, 2016
I just don’t like the idea that the items you bought, they only good for one mission, and that means your coins are running out fast. Also, there are way too may enemies.

cathy wells May 27, 2016
Other than needing to be rewarded a little more money and more of a selection of helicopters and weapons, I see no other problems. Looking forward to future updates.

Jason Trostorff November 25, 2015
I recently upgraded to the S6, and had been looking for this game. Found it while I was on vacation and played it a ton on my flights. Would be happy if you earned better coins, especially in the early part of the game, but for a free game it’s pretty darn good.

Dave Halkovic April 3, 2017
Probably one of the better arcade shoot em ups, but is there no way to get a Bluetooth controller to work with this? That would push it to 5 stars for me.

Luke Maxwell March 8, 2017
It’s hard when you start off but when you start getting the bigger guns and choppers it’s fun as hell! I also like that each level is different and requires more skill and weapons.

Blong Thao January 31, 2017
Its a great game time killer when you bored or waiting.

Natassja & Wolfgang Rumple April 12, 2016
Avid player. Please bring the back the doubling of the coins please. I had this on my old cell but got a new phone and had to start all over. Please bring it back. Bring in new levels!

Alvin Sean July 26, 2017
If this game happens to have a short story it would awesome on every level, but overall.. This game is great ?

Nic Patrie April 26, 2017
Really great shooter with a good FTP structure. The currency is hard to come by though… lots of grinding is required.

Mark Harvey August 16, 2017
Too hard to get enough money to upgrade