I wish there were more things to do, such as getting special powers/upgrades. Right now you feel it is too monotonous and as if the game doesn’t want us to continue for long… 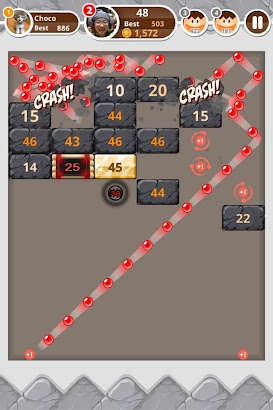 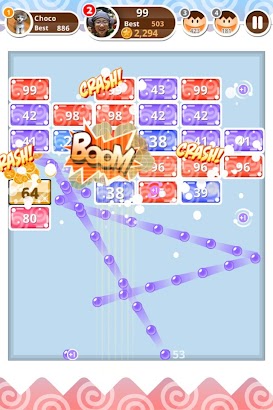 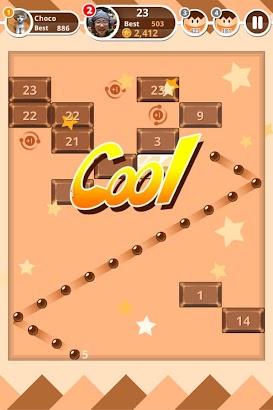 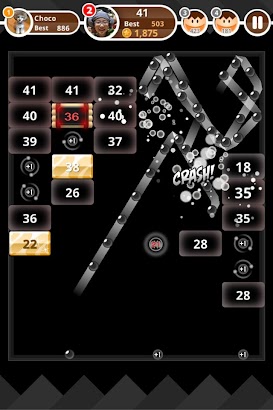 Wanna relax your brain and absent-minded?
Or need a game which is really simple and not so hard to play.
Then try this one.
Just aim the target bricks and shoot them up.
Best for killing time.
[ TIPs ]– The more ‘+1’ you get, the more balls you can shoot.
– Max 250 balls are available, after then the power of ball will increase by ‘+1’
– 8 themes of bricks and balls you can enjoy.
– Once the app is deleted, golds will disappear.

subhasish panda March 19, 2017
I wish there were more things to do, such as getting special powers/upgrades. Right now you feel it is too monotonous and as if the game doesn’t want us to continue for long…

John Muller March 2, 2017
Control is frustrating. I uninstalled two other games like this tomake room for this because of the graphics and huge improvements on goodies over the other games, but the control is so annoying that I’m going back to the other ones.

Gabriel Manaila January 3, 2017
Great game, but after some time the image is altered. Probably from the ads from the bottom of the page, the last raw is hidden, and the ball just floats in the air. Fix and I will give 5*

Chickenmanic Mrt August 26, 2017
Started to freeze up mkre the higher i got decent little time waster but that aiming is terrible

Kris Price February 7, 2017
Doesn’t work on my ZTE govt.phone though.

Robert Parks January 30, 2017
I think the the second line of shoot should be more stronger but itfun

Josh Cooper July 2, 2017
Iptv and the government has said it will take a while to get used to

Mark W April 2, 2017
Fantastic continues play. Maybe a couple more different color patterns for variety would be cool. But, perfect 5 star for sure

apache11699 June 4, 2017
It’s a simple game, a little bit of strategy needed, not unfair if you play smart. Though because it’s simple it’s a good time killer.

AJAY SANGHRAJKA May 28, 2017
Quite a nice pastime. Addicting unlimited.

julie burnett August 28, 2017
Too many restarts