Not to bad. Its nuce but how are you sposted to park at the end on the last levels its REALLY HARD 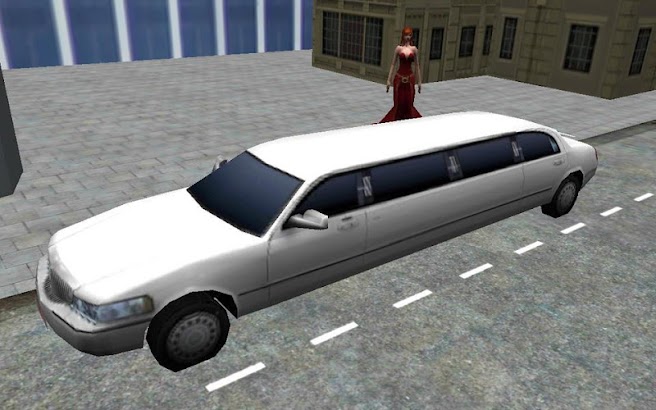 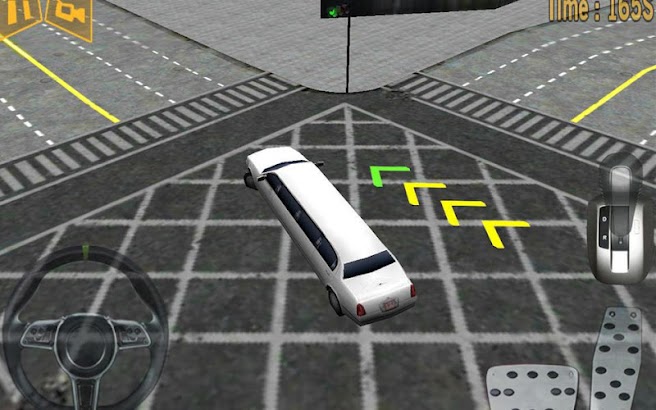 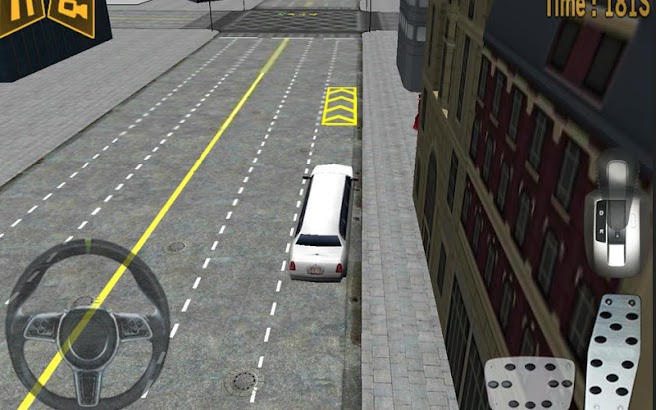 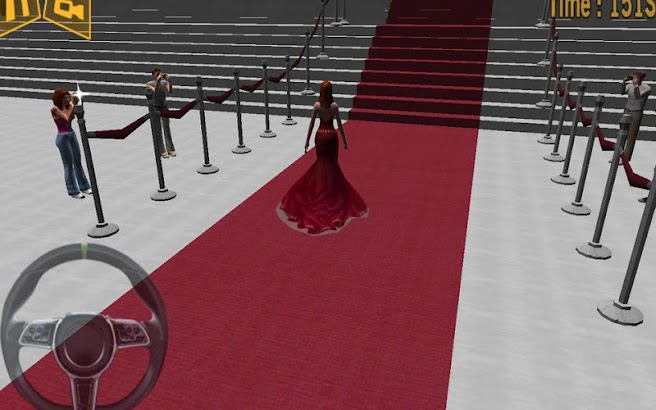 Watch out for this free limousine 3D driver simulator. You can pick up beautiful looking famous passengers, celebrities, in nice clothes in the realistic city and bring them to their destination in this free limousine car parking 3d game. They will get out of the vehicle and people will start making pictures of the famous people. Park the limo in the perfect spot after you drove them through the city in this driver simulator. Children will watch you while you pick up passengers, because they love to see a vehicle like this. Also for adults this car can be amazing to see, you don’t see one every day. If you park the limo fast enough you will get the most out of it. Watch out for the traffic lights. Only go when they’re green, otherwise you can get in an accident and would need to start all over again with your job in this driver simulator: pick up passengers.

Game features:
– Realistic graphics in this city
– Pick up passengers, famous celebrities, to bring to their destination
– Different parking challenges to park the limo in this driver simulator
– This car parking 3D game is free to play

Pick up passengers like famous people in this driver simulator and bring them to the red carpet. After that you will need to find the perfect spot to park the limo. Avoid vehicles in the city, avoid the red light of the traffic lights and all other things that are coming on your way.

Rebecca Furner November 16, 2016
Its nuce but how are you sposted to park at the end on the last levels its REALLY HARD

CJ J January 14, 2017
When you touch something you have do it again. Then the people don’t even go in the limo

Tranquil Beast December 2, 2016
Good but hard it is good

megan baxter January 16, 2016
On level 13 it doesn’t let you carry on playing, this has happened to another person too. This a game is really enjoyable though ?

BetterDayZ 1967 March 12, 2016
I think it is a great game, but just some improvements on the graphics and amount of levels there are. THANK U

Sandra Brace January 15, 2016
I love this game it’s so fun and additive

Cynthia Burkhart January 26, 2016
It is amazing I wish every game was like this

Rainbow Skittles November 28, 2015
Its so horrable

Rajiv Arora September 29, 2014
Worst app ever.It hangs every 3 seconds and there are too many ads. Dear Vascogames, instead of making 500 useless games, make 1 nice game. Please make a nice game.

Reaghan O’Rand December 5, 2014
I don’t like how slow the car goes and how when ever you hit anything it does not give you a second Chance

Shabana Khatoon May 29, 2014
Anoying and waste of time. Can’t park in the space indicated due to the fact that there is already a car parked there. So frustrating!

Julian Arey November 29, 2014
Can’t beat level 1. There is already a car parked there and you can’t park behind it. Fix this and you’ll get a better review from me

Farah Rahman July 2, 2014
The game is fun but please get rid of the pop up ads. Those are so stupid.

Malesha Watson May 26, 2014
Luv game good but at times I can freeze my phone so just fix that but other than that luv it♥♥♥

Kasia Piechowiak-choules October 25, 2014
TOO MANY ADVERTS SORT IT OUT.ITS A GRAT GAME BUT TOO MANY ADS I MEAN SERIOUSLY I GET BOUT 5 PER GAME ITS REDICULOUS SORT IT. CAR PARKED IN MY SPACE ON LVL 3 NOTHING WILL WORK FIX IT!

Katana Chrysler April 26, 2015
I like it but I don’t like it because a stupid ice cream truck is in the parking spot I’m suppose to go in to pick up the celebrity. I wait but the truck just won’t leave which is so stupid. ???

Patty S July 29, 2014
Hmm…. everyone says level one has a car where you are supposed to be. It looks clear to me. Anyway it is so fun!

James Roberson August 2, 2014
It’s a great time to get a chance to experience the same thing as a real limo service and the best way to get your brain to the extent of the World

Sarah Vosburgh September 18, 2014
Right when I play ad pop up and we accidentally click on it. Please fix this game

stephanie Gates August 20, 2014
I like but only that bothers me is when the steer doesn’t work and almost for got when you tap one gas jus wait for a while cuz if you keep tapping on it then it well go VERY fast

Katie Oliver June 28, 2014
There is a car parked in my spot. Parking in front of it or behind it doesn’t work. Parking on either side of it also doesn’t work. It’s only level 1. Terrible.

Madison Younge April 11, 2015
a stupid car is behind my parking spot. then when i get her in my car im in back drive

Brianna Baltimore October 11, 2014
Whats the whole point of the dang game i cant even pass leval one because someone is in my parking spot its so STUPID

Caroline Hemmings September 13, 2014
I don’t like how it takes away time when the girl is walking. Why can’t u just leave. I dint want to stare at her

Dallas Teeter October 29, 2014
It keeps making me crash I hate this game it’s the worst in the world p