Welcome Home!!!!! I had this game before then had to replace my tablet & forgot all about it til tonight when I was boredand found it again on Google play store. This game is beautiful!!! Its easy to maneuver (I have long nails). It really makes you want to do better. I recommend it to EVERYONE!!!!Whatta’ ya’ waiting’ for????? Download & challenge yourself its a fun game. Nuf’ said. 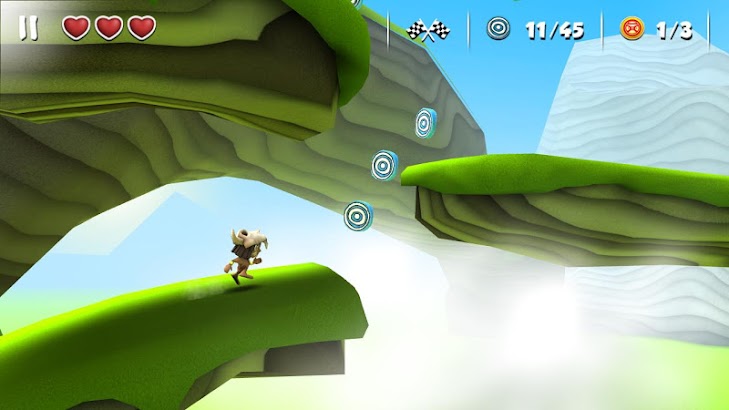 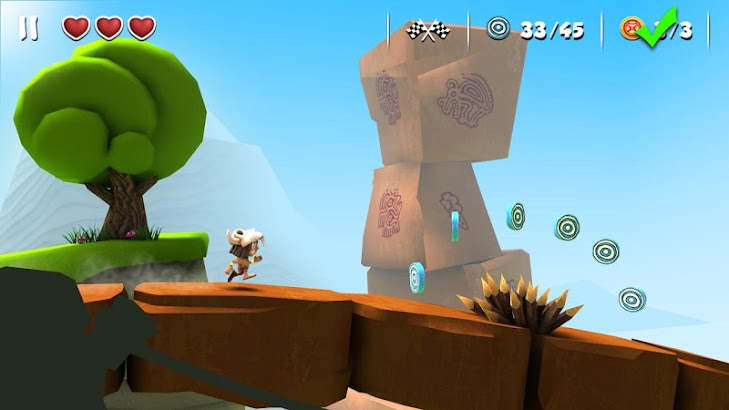 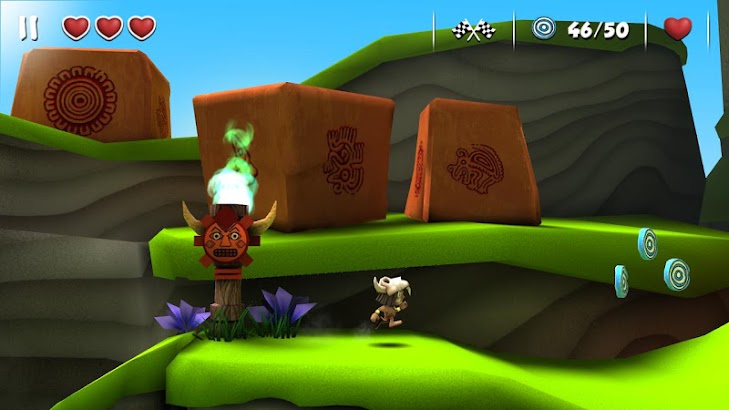 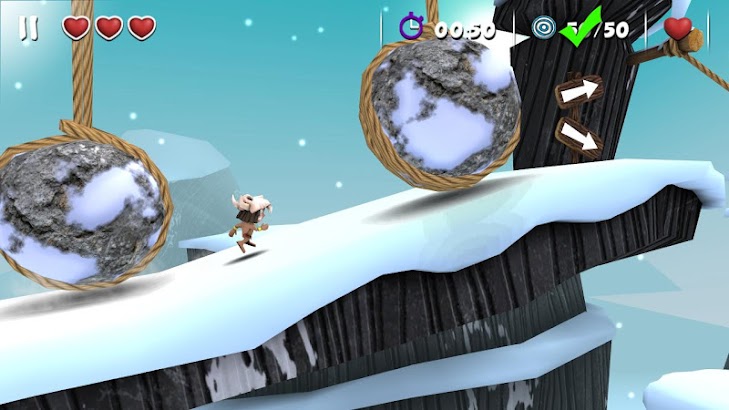 Run, jump and slide from ropes, dodge rocks! Not enough? There is much more in Manuganu. Avoid swinging hammers and jump over moving ice blocks. Don’t get burned and jump between walls to collect coins and medallions. Break stone blocks and activate platforms before you fall into fog and much more…

Manuganu is a 3D side- scroller running game, in which you control the boy “Manuganu”.
Unlike other usual running games, Manuganu brings on the “Halt feature” to avoid swinging rocks, hammers, flames and other enemies with the right timing. Another important feature of Manuganu is the ability to switch from “running” mode to “rope climbing” mode when needed. But be careful! This mode has its own challenges.

reyanne slack November 27, 2016
I had this game before then had to replace my tablet & forgot all about it til tonight when I was boredand found it again on Google play store. This game is beautiful!!! Its easy to maneuver (I have long nails). It really makes you want to do better. I recommend it to EVERYONE!!!!Whatta’ ya’ waiting’ for????? Download & challenge yourself its a fun game. Nuf’ said.

Mike Carey March 19, 2017
Would give it higher stars, except that it won’t run on a pixel XL. It opens but that’s as far as it gets. The music plays but the start button in the middle of the screen does nothing and it freezes the home and back buttons onto the side of the screen. I have to force close it. Maybe 2 will work.

UnknownSeptember 23, 2016
Completed level 30 with 3 stars and it seems this is the end as no other level is showing up on main page.. loved the whole game.. took me back in time of Super Mario ? n is really addictive! u can get rid of ads by switching off ur mobile data(internet)..it works!

Marshall Brookes July 6, 2017
FINALLY !!Some1 got it right, a speed game I hate! Cuz u have no control. This game adds the ability t stop…..THEN go, also slide and glide and most important of all the double jump. Combined with a multitude of action abilities this game u can actually finish. Keep it coming who ever created this…..

Mr Happybollox October 3, 2017
An advert after EVERY level makes this an instant un-install for me. Too bad, too, because actual gameplay is pretty decent and the graphics are lovely. But seriously, an advert AFTER EVERY LEVEL is absolutely ridiculous. Bye bye. Un-installed after three stages.

Kanishka Gupta October 1, 2016
Just the best perfect game I have ever played.. Not too difficult not so easy challenging, background music is also perfect. Totally loved it!

Dan Knight October 28, 2016
Reminds me of playing Mario a bit. It’s fast, not to easy with plenty of challange and replayability, hope more levels come out.

Kemalettin Sarısel April 22, 2017
This game is have really good graphics and control mechanism. I am so sad to finished all levels in a weak and i hope they will create new levels.

Bhavik Dafda August 20, 2017
It is one of best running games,There is 30 levels and I really love it Time killer…If you like this u may also like manuganu 2

Surya Jeyasekaran August 9, 2017
This game deserves a 5 out 5 because it has everything you need in a very small size I love this game……hoping for manuganu 3. Please create new game manuganu 3

Mithal Abdulnabi April 12, 2017
The game play is Awesome!!!:-()✊And it even reminds me of geometry dash?, because of the obstacles and good music.?

Nikol Jurado May 12, 2017
Addicting and so much fun! I love how you can play the same level and keep the stars already earned from the previous run! Great game!

Eris Qorri July 27, 2017
During game when i fail in one place the game should be continue in that place not 5 km before. Keep working

Ankon Ivan December 14, 2016
A very very beautiful game which is simple, needs no internet and a bit challenging, you can also reset the game to play again!

praveen kumar September 26, 2016
Really very Good and easy game. And the game controls are soo easy.. Great Graphics. I have completed this game and still playing..

Julee Ray December 30, 2016
The first place I have been sent using visual basic premise of the day

UnknownApril 24, 2017
It’s a very interesting game.I am playing this game since two years but now also I m not bored of this game

venkatesh krishnappa September 27, 2016
You f***k dam I don’t like this game it increasesyour tenction.

Kavita Rangwani July 9, 2017
Everything is nice but it’s controls are totally different and irritating,if you can’t control it then why it is even a game

Surendra Karnwal April 5, 2017
It’s creatingproblem not working continuously it itself being paused

Guadalupe Martinez September 28, 2016
A little too fast paced for me but had me on the edge of my seat @ work lol

Aiman Barjees November 17, 2016
Not too easy, not too difficult. A game I could finish!

JahMystic Mystic June 16, 2017
It’s really good the first time my bestie played it she loved it n me too

UnknownFebruary 24, 2017
This game is awesome. Its graphics, music, characters all are great. This game deserves 5 star.

claudia litchfield November 11, 2016
Havent played but watched brother and sister and they like it

UnknownDecember 30, 2016
I love this game because it is very exciting and it has good graphics

Shauna panehal December 17, 2016
I LOVED IT SOOO MUCH it is great and fun to play and its not frustrating.

Taka Uchiha October 24, 2016
I remember when i was playing manuganu after all years have passed
Tags
Alper Sarıkaya