the joystick barely move while the music just isn’t the mood for fighting,or not fighting! AND…the grapics are ok,but don’t copy off stuff!seriously there’s another game that is just like this and it’s called spore…but seriously man jus don’t copy.what I’m saying is YOU SUCK AND THE GAME SUCKS!!!THANKS ALOT I JUST WASTD MY FREE TIME CUASE OF YOU! 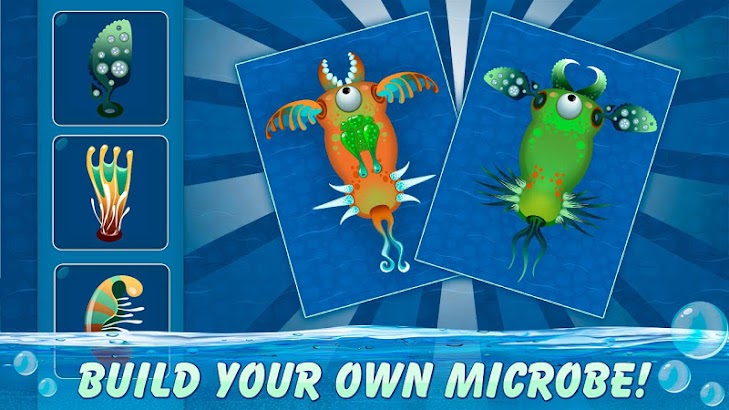 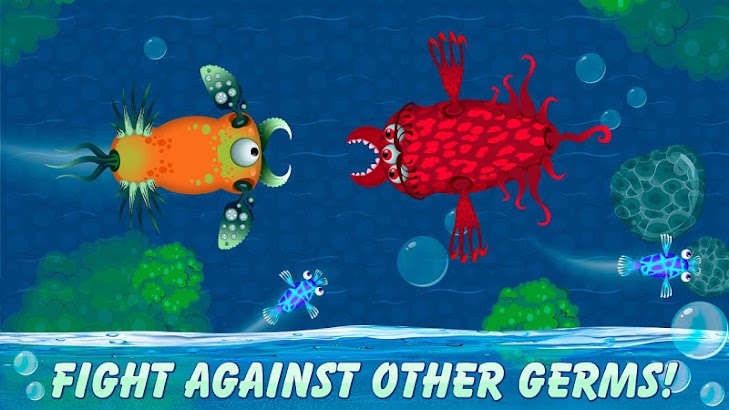 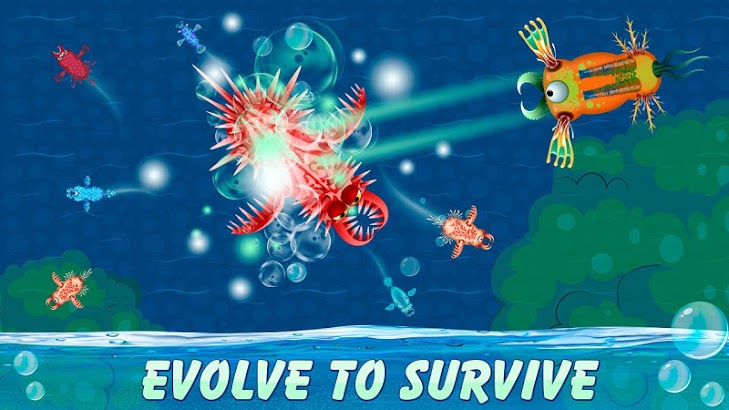 Welcome to the wonderful micro world full of different microorganisms and bacteria! Become the little spore trying to evolve and become really dangerous and adjustable one! Survive in this primal atmosphere and have fun playing Micro Evolution Lab: Spora!

Recall all your biology lessons! Live the whole life of one of the first bacteria in the world! Chase the other little microorganisms to fulfill your hunger indicator, attack them first and evolve successfully! Gain the real power using different biological weapon and remember – you’re here to kill or to be killed! Your only important mission is to survive and evolve to the perfect form!

Earn points for successfully killed rivals and visit the armory to power-up your super microbe with sharp jaws, speed wings or something else! Feel the real difference between your microorganism’s size and the size of a plant or stone and you’d be really amused! Fight with other micro monsters, explore this wild primal world filled with the oxygen and the other gas and have fun playing Micro Evolution Lab: Spora!

Join this wonderful micro world, become the most developed microorganism, fight with the other bacteria to survive and just have fun living this unusual life!

Dip into the micro world being a little bacterium! Watch the evolution by yourself and have fun playing Micro Evolution Lab: Spora!

Ronee Wallace September 17, 2017
the joystick barely move while the music just isn’t the mood for fighting,or not fighting! AND…the grapics are ok,but don’t copy off stuff!seriously there’s another game that is just like this and it’s called spore…but seriously man jus don’t copy.what I’m saying is YOU SUCK AND THE GAME SUCKS!!!THANKS ALOT I JUST WASTD MY FREE TIME CUASE OF YOU!

Wayne Knox September 20, 2017
CAUTION! Do not download this app. It contains ads that take over your device and interrupt what you’re doing, even when the game is not running. Thankfully this stops when the app is deleted.

Jalen Mazyck June 15, 2017
It was so hard to survive plus every time i watch a ad i would be unable to move pls fix this if you do i might even changed the rateing ?

CoffeeFrost 1234 July 2, 2017
Horrible.Never get this game.I’m trying to like kill some other peoplembutnfor some reason my health is going to down so faster than theirs health.Why can’t we get dna from killing them?This game totally sucks.Make good updates in this game please,I would change the rating if you change the controls and dna.

Jeremy King June 24, 2017
I like the game. The controls will not cowoparate with me and i takes away MOST of my dna points away when im killed. Pleeeeeease fix it.

yamoo king White June 23, 2017
I hated it its controls arent even accurate red thing could be 1 inch away and you still die and you lose all your health in like 5 seconds

TC Cocoa September 17, 2017
Commercials are too frequent/too long. My gameplay was interrupted by a commercial which ended up killing me

RICE DUM October 23, 2017
THE GAME IS DUM NEVER PLAY IT. SUPER HARD TO SURVIVE PLUS EVERY TIME U DIE ITS JUST A BUNCH OF ADS

thelegend222gamez channel July 1, 2017
Too much ads every time I die a ad comes on if there were not so many ads I would rate 5stars

Malgorzara Wielgus June 24, 2017
Stupid stupid stupid when i have 7 coins then it says i have 2 or 1

Matthew Stott July 2, 2017
Hijacks your phone and shows ads even when your are not using the app **malware**

aurora munson August 9, 2017
It sucks it’s to expensive to hard to you guys suck

UnknownSeptember 21, 2017
It’s horrible the most horrible game I ever played

Michael White September 14, 2017
I’ve been waiting for this to come back as a phone app

Ryan Newman-Sills September 30, 2017
This one is really bad because it is soooooooooooooo hard so it was hard then MAKE IT EASY!!!!!!! ?

SMART LEMONADE July 28, 2017
Make the animation more realistic and i do not want the ads

willie roberts August 13, 2017
This game suck I will find you developers and I will kick you’re asses

Maliki carroll October 24, 2017
The adverts keep interupting the game play while swimming round which is a shame as i was rather impressed with the pics

Chris Cabrera July 9, 2017
It doesn’t have online or multiplayer

SUPA science BROS August 2, 2017
Why Do You Get Resten When your die…

Edward Pruitt October 18, 2017
Why so many INTERRUPTING adds?!
Tags
PlayUnit