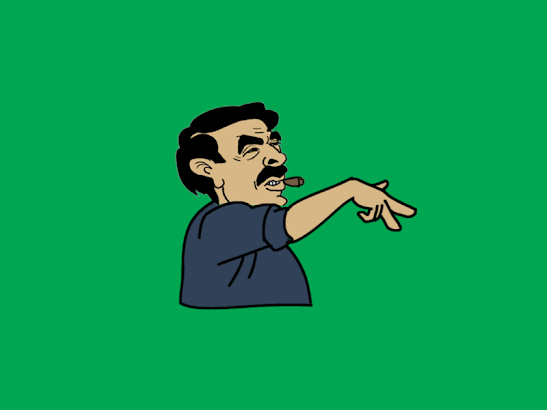 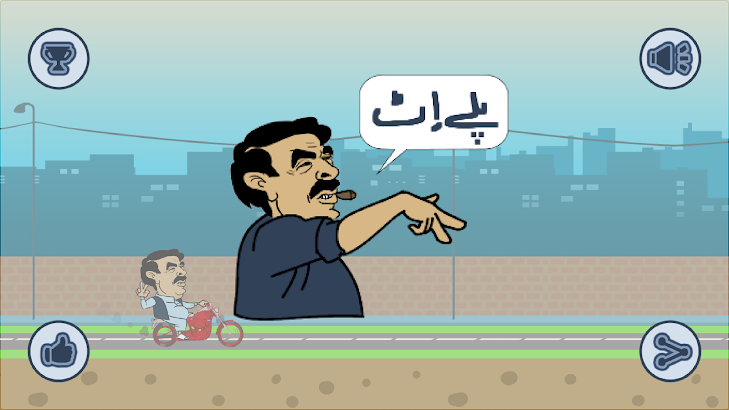 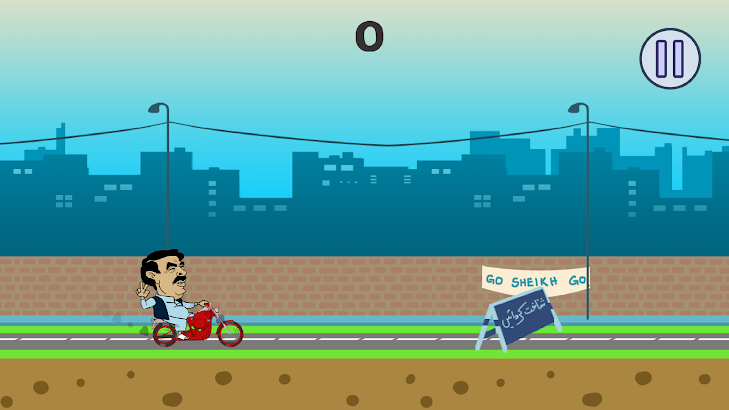 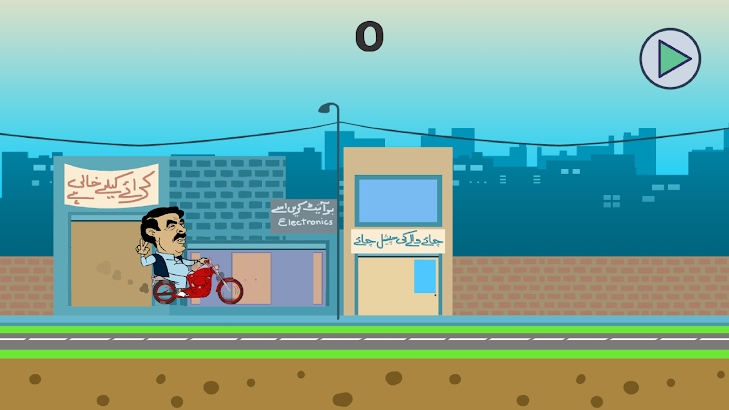 Sheikh Rasheed left everyone in shock on Friday when he decided to play a game of hide and seek with the police in Rawalpindi on Yamaha motorbike.

This game is about Sheikh Rasheed’s pursuit to meet his protesters at Committee Chowk.

The problem is, his journey on motorcycle in this game is very long and very difficult. Let’s see if you can get him to his destination. Avoid police barriers and other obstacles or he’ll get caught.

This challenging game will test your reflexes. Let’s see how efficiently you can save Sheikh Rasheed from getting caught.

Haroon Khan November 17, 2016
You get the feeling that the developer took some crappy code from a website somewhere and used it to gain mileage in the wake of Sheikh Rasheed’s recent activity…

Aown Muhammad November 15, 2016
Loots of ads. Same old copycat concept. Just changed the face of runner and roadblocks. I don’t know why Pakistani developers are so cheap in concepts and graphics. They only need money by forcing a lot of ads.

Shahzada Ali December 4, 2016
Tried it to many ads and no icon gear neither any option by you get points soyou buy it

Luqman Sharif November 12, 2016
I must say developers have got the idea on pin, , very well made. Enjoyed it.

Maryam Ehtesham November 19, 2016
It’s nice that the creator came up with this app regardless of how well it works. Cheeta

Noor Khan March 28, 2017
Was good game before last update.now flashing ads will not let u play and also control is no more especially in jump.so from 5 stars to 1 star.going to uninstall.

UnknownNovember 2, 2016
That is Gorgeous Now Make on Imran Khan too

Sarmad Tariq November 17, 2016
There is no back button, job button is not working properly,

Suleman Khan November 7, 2016
I love this game & character to