An epic journey through the endless space!

So difficult. Also try BosonX. Equally difficult. This game will push your attention span to the bleeding edge. It’s very addictive and I get upset when I lose. 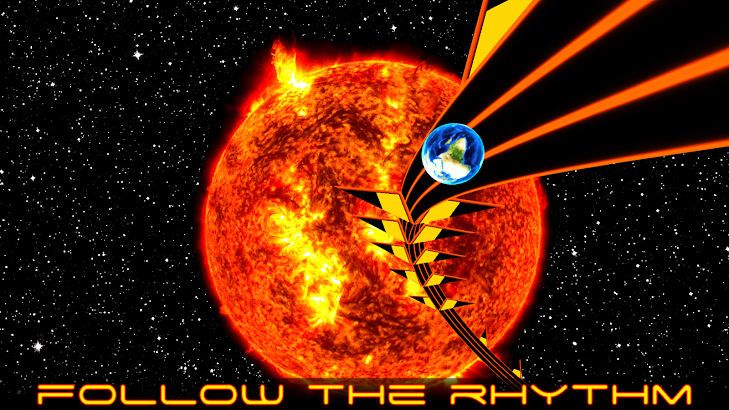 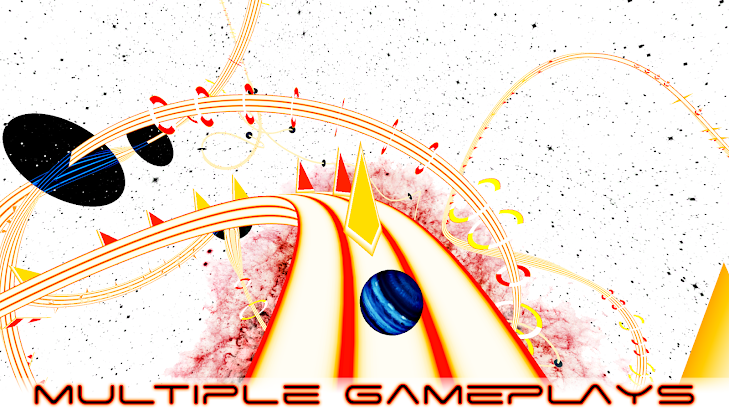 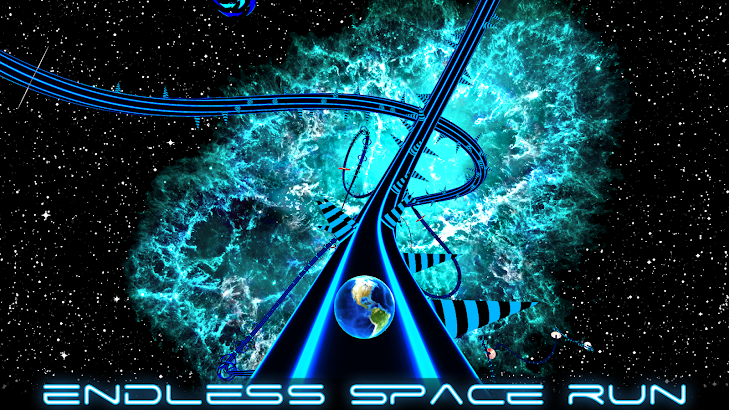 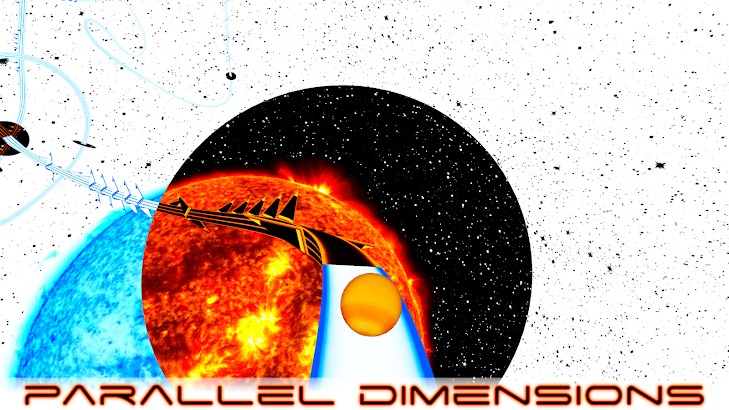 Guide your planet along its orbit!
An endless run through stars and galaxies!
Fast, challenging, rhythmic and addictive!

Game features:
• Endless procedural track: the game changes every time you play!
• Rhythm-based gameplay: everything moves to the music!
• Portals: travel between parallel dimensions!
• Solar system: 8 planets to unlock with unique abilities!
• Extra: unlock all the trophies and climb the leaderboard!

Photosensitive seizure warning:
The visuals in this game could cause problems to people suffering from photosensitive epilepsy.

Special thanks to Fitterer’s Audiosurf and Gamelion Studios’s SpeedX 3D, which inspired many aspects of the game.

Derrick Oglesby January 18, 2017
This game will push your attention span to the bleeding edge. It’s very addictive and I get upset when I lose.

Sans The Skeleton June 27, 2017
Awesome Wanna Play It More With This Cool Song

Jackie Galloway December 24, 2016
I’ve had this game for a week and I can’t unlock anything because the score system is either too slow, or I just can’t reach a high enough score to unlock things. It looks nice, the music is cool, but it’s too challenging for a simple mobile game with a very minimal reward for “winning” (if that is at all possible)

Christine Joy Nanola September 10, 2016
My brother and I got addicted to this but I wish it has more features like giving us additional lives whenever we die in the middle of the game or any kind of powerups to earn more points. I also suggest to add more stuff or rewards for us to keep on playing because we got eventually bored of playing it, and please create more songs in the game (Hey, I muted its sound and tried to play classical music behind, maybe add it as a feature?) Nevertheless, it’s still an incredible game, just improve the gameplay.

RedHydraX February 21, 2017
I feel like this game is incredible. The music gives you that feeling of excitement. Matching with everything moving to the beat as you travel the galaxy as a little planet like ball. The game is quite long andhard. But it’s simple gameplay makes the game quite addictive to play again and again! Frustrating when you crash. But that’s part of wanting to try again, right?

Matthew Clark November 19, 2016
Simply amazing i got my entire family to get addicted to this game my high score is 149,893 and i almost unlocked Saturn. I was so amazwd how when the gameplay music changes when you far enough simply amazing make more games please kapo please i love your games emensly.

Jason C December 29, 2016
Very unique look. I can see people enjoying this game. But for me, I find it extremely confusing that the control style changes so frequently. I also find the visuals to be confusing and hard to follow. Its a respectable game and worth trying, it’s just not really for me.

Leeann Sumadji August 23, 2016
This game is very challenging and a great time killer. However the obstacles your supposed to avoid can be hard to see sometimes also the game can be alittle hard on the eyes with all the flashing but overall its a great game.

Jaime Lopez January 7, 2017
It is hard, but in the good/addicting way. The stages look great, it feels like you are diving in space, can get a little dizzy at times. Very fun, and I like the way obstacles dance to music

Frict Design October 19, 2016
Only reason i gave you 2 stars is because it is a rip off of another game. And dont get me wrong your game is nice and gameplay is really smooth but try to be original next time.

Tori Baker September 8, 2016
Great game, fabulous music, amazing colours, breathtaking background images, no lag, no bugs one problem is the achievements I have completed the game now with all unlocked other then earth, due to this there is no way to get all achievements without buying earth and I think that’s not really fair as achievements are earned not bought knowing I pumped hours into the game due to a pay wall the game will never be 100% for me so my stars for this game is 4 remove the pay wall achievement and I would have marked this a 5 just adding to my comment I have now beat the dark moon stage, there’s a bug that when you beat the stage it says you have unlocked the dark moon again? Might want to look into this.

austin jerome November 25, 2016
Would be alot more fun if the devs got rid of the annoying strobe effects.

John Destro August 19, 2016
Nailed it. The best arcade game I’ve ever played. Could you add a count on which sections you died the most in and a practice mode to practice a section that is hard for you. ?

Mamasi Annio February 20, 2017
It’s so much addictive for me….. It makes me feel so sad if my phone is lagging…..just like Death Run 3D….even my phone is going to 10% I continue playing until it’s dead….???no problem to me to control….it’s so easy for me to play….that’s why I always bring my phone inside the bathroom and in comfort room …..✌✌✌?? All I can say is more thankful whoever made this game and I love you…..no regrets…??????

Deathstroke the Terminator September 10, 2016
Mostly because of the music. The funny thing is, u can cheat if u just want to listen to the music by just sitting on the menu.

UnknownSeptember 4, 2016
This is a crazy fun addictive game I just had to leave a review for it because its brilliant. My favourite thing is the music though its so catchy and perfectly matches the game

max m. Pinegar August 16, 2016
What the he’ll it just repeats the opening screen over and over

Rahul Punyani August 25, 2016
The graphics and UI is pretty good, but the game is too difficult, would be good if it has difficulty levels.

Sans Skeleton July 23, 2016
It has a great beat thing I would change is when you crash on a spike or circle don’t end the music

GamerOfGames – Onesyboy September 15, 2016
Literally over half the time i die because I’m just listening to the epic music. Love the gameplay style too. So fun. Thinks: Please be endless!!

Lee Callaghan December 11, 2016
It is a very entertaining game but has a flaw the massive fluctuations in FPS. It ranges from 29FPS all the way up to 40FPS during gameplay and the phone isn’t the problem (Samsung Galaxy S6 Edge) if there was an update for the FPS problems and maybe some new tracks this would easily be a 5 star game.

UnknownOctober 15, 2016
So awesome I couldn’t believe it was like I was in the space even those portals were amazing.

Walden Kean September 27, 2016
The gameplay is great but the color is very confusing made it very hard to avoid obstacles.

Reper Tresaur January 21, 2017
Lol everyone just said this game is hard but i did 10,000 scores easily not easy actually it was tough a little bit.

PhillineMargaret Santos August 5, 2017
I love this game! One of the mlst amazing games I’ve ever played. It’s very addictive and fun to play

Jody Potratz September 1, 2016
This is the best app ever great music and graphics and u guys hav to download this app now

Mohammed Nahhas December 18, 2016
I love the graphics and how it feels like you are going through space and dimensions.

UnknownMarch 12, 2017
Extream and exiting game. It seems difficult for me but still enjoy.

akilesh gowda November 11, 2016
I am addicted to this game loving it
Tags
Kapo Games