100 Boss Battles to challenge you and your friends

Nice game Controls and graphics are well done, the levels are a bit too repetitive for my taste. The level of difficulty however is well balanced which makes this game quite addictive 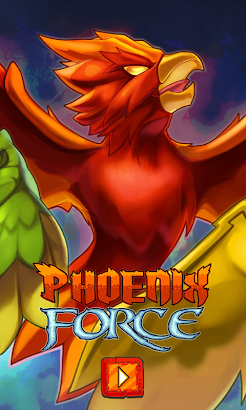 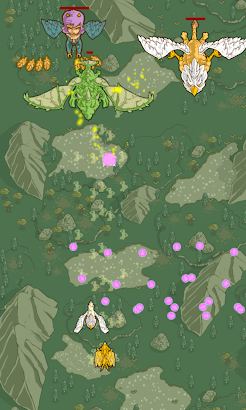 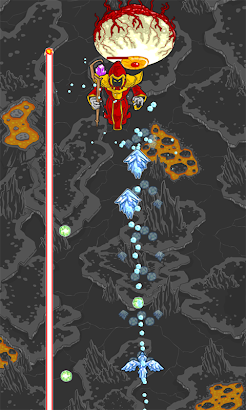 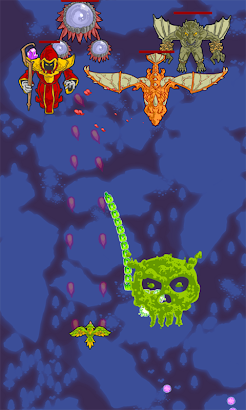 100 Boss Battles to challenge you and your friends!

A dragon, a giant eye and the grim reaper confront you using fireballs, lasers and sickles. What do you do?

A) Say the game is unfair because you die with a single hit and there are no weak enemies and then cry with your mama; or

B) Dodge all this bullet hell and destroy the enemies in 30 seconds because you are a real gamer!

Phoenix Force is a shoot ’em up about a group of Phoenixes that fight big and strong enemies called bosses over 100 levels. It takes the boss battle as the foundation for every level, creating engaging short battles with a difficulty level that is sure to make some people cry.

The game starts a long time ago, when Earth was hit by meteors and everything burned to ashes. The Phoenix of Fire, Fury, was the first to reborn, and found the world full of monsters, the bosses, and rescued the other Phoenixes: Cryo of Ice, Tupã of Thunder, Gaia of Earth and Gast of Ghost. Together they are the Phoenix Force and they have to travel all the continents of our world in a journey to eliminate all the bosses in 100 really challenging battles.

Are you skilled enough to prove yourself the best?
This shmup will show you no mercy!

This version includes ads and In-app purchase to generate revenue so we can continue Phoenix Force development.
1.6.1.5: Fixed 70% of the reported bugs;

Jefferson Stählin May 1, 2016
Controls and graphics are well done, the levels are a bit too repetitive for my taste. The level of difficulty however is well balanced which makes this game quite addictive

Haroldas UAB Skainera January 23, 2016
It’s too hard I can’t get past lvl 3 for some reason

lima bean August 3, 2016
I suggest something like naming your phoenixes, lives, or revives. It would make it a bit easier.

Kyle Miller February 14, 2016
It’s like a galaxy shooter with birds.

Mr. Mineslayer December 6, 2016
I love you I’ve been playing this game like 2 years now and I almost beat it and it’s cool

Cameron Wales February 23, 2016
I really enjoy this game and I recommend it

Joshy Games November 25, 2016
I love this game me and my dad always compete in this game apart from that its AWSOME

BJH NERF/trickshot April 24, 2017
YOU COULD MAKE THE LEVELS EASIER TO COMPLETE

Derpy The Charizard/Cutie Protector and Sans friend October 9, 2016
Plz everyone give this a 5 star rating

UnknownOctober 15, 2017
Great game to be played