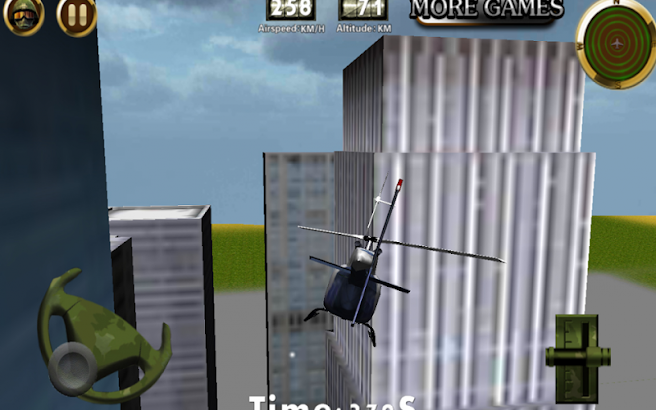 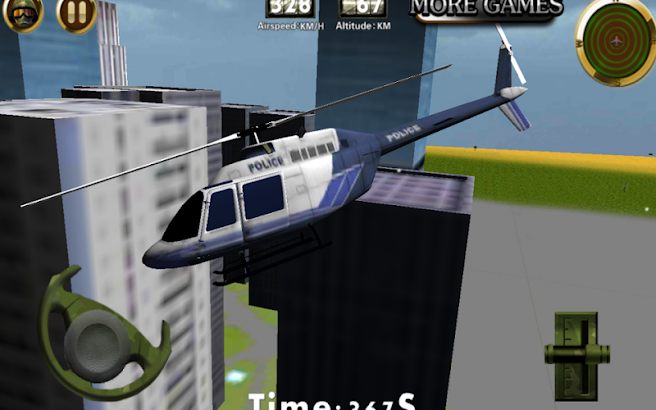 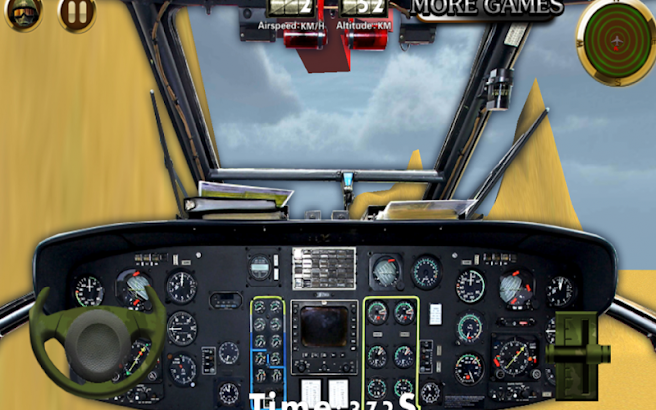 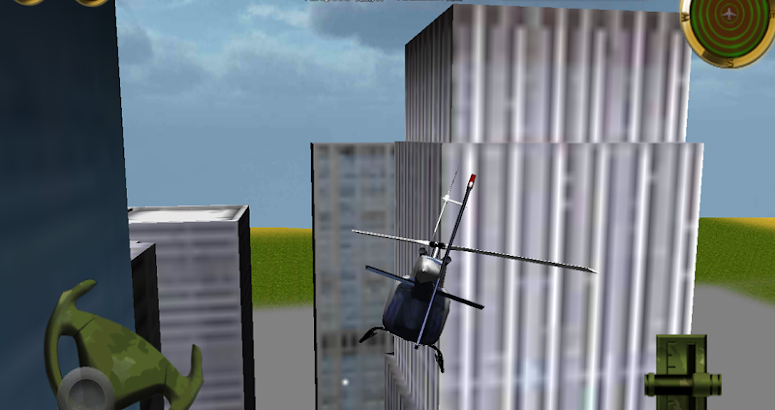 Helicopters are by definition much more difficult to fly than airplanes. The basic principle to play this game is by using the controls to fly around with going up and down this is called the collective pitch. The cyclic pitch the forward, backward, fly right and left movement. To use this 3D helicopter flight simulator you need to download and install the game on your device.

This police chopper flight game is a challenging 3D helicopter-flying simulation game where you have to follow the path on your screen. You need to fly the police helicopter through the city in this awesome 3D game and accomplish the missions set out for you. As a rookie police helicopter pilot before serving and protecting the city you need to learn how to fly around.

So if you want to be part of the elite police helicopter teams in this city, jump into your chopper and take off to the skies. Have fun with this action packed 3D helicopter flight simulator. Follow the hint arrow above the chopper to fly to the next mark. You will learn flying a helicopter is very difficult, you will need some special skills in controlling the chopper. Without flying skills clearing the missions objective will not be that easy.

Loads of flying hours, 20 different helicopter missions. Difficult missions take off, fly and land your chopper.
Use the change view button to take a look from inside of your helicopter.
Get the chance to fly something else then an commercial airplane, fighter plane or other aviation vehicle.
Hurry pilot don’t take too long with clearing the objective, time is not your friend so hurry hurry!
Remember the helicopter is not made of rubber so buildings, mountains and the ground hurt.
Loads of different levels to enjoy, different airports to land you chopper and to take off from.

Become a real police helicopter pilot and test your flying skills to the max! take a sit in the cockpit of the police force helicopter and bring the missions to a successful conclusion. More than 15 challenging missions. Choose your path for each operation flying around.

Harshit Srivastava February 28, 2017
One of the best game

Krish Basrani May 14, 2016
But but some boaring but its nic full time pass game enjoy very much full of suspeince in last ( badiya hai mamu)

Decent Animation January 9, 2016
Graphics are terrible this is supposed to be in 3D this game stinks and its boring the game is trash get it out of here . This message was paid for by Ice commuitcaions

anitha ericherla June 6, 2016
Very worst game.title is police helicopter but there is no police in game there is only going through rings.I hate this game

Nathaniel Joseph February 13, 2016
All you doing is flying a helicopter

Mariano Gonsalo Arrieta Morales January 12, 2014
This game is awesome but it needs better graphics .Also it would be five stars if it had missons In the game for the helicopter. For example one mission con be getting police men to a tower. And to shoot and follow crimes HP slate 7

ga growe January 11, 2014
Simulator is pretty good, nice touch cockpit mode. Helicoptor extremely difficult to rotate in a decent amount of time. Not sure where the police are based dressed in full military combat gear with missions to collect hoops in the sky. Maybe a little more time at the storyboard stage.

Michael Gillispie January 4, 2014
Well the graphics arnt bad and the controls are very easy. However this game is called police helicopter. I played 3 levels. The first level I took off and landed the other two I flew through rings. Each level had a time limit. And i didnt like that. Unless I didn’t get far enough to do something else but im not going to fly through rings.This game should have more to do with the police and not rings. And lastly Ithink there should be a free flight mode.

Anthony Buckler II April 8, 2014
I think the it’s fantastic how these virtual simulations allow you to feel as though you were driving, flying, ect… the real deal. Even though I may personally never get to fly a helicopter, jet, airplane or drive a police car, school bus or army vehicle, the tremendous amount of effort put into these simulations are wonderful! Thank you to all of the teams out there who work hard on the real field and the digital one!

emil quindara May 14, 2014
This app is so boring sole don’t installed it you are just existing your memory in this app but it is very good

Charlie Smith August 4, 2014
This is a fun game thats pretty easy to control with good challenges at the beginning of the game to complete before you gwt into the main game..i proper like it snd would recommend this to anyone who enjoys blipping around in a chopper.. 5 stars!!!!☆★☆★☆

Courtney Reeves November 25, 2014
It’s a pretty good game and the controls are easy. The only complaint I have is there aren’t very many levels. If they made more it would be five stars.

Karen Myler November 19, 2014
RIGHT WHEN YOU START A GAME AND TAKE OFF AN ADD WILL POP UP ON YOUR SCREEN AND YOU WILL HAVE TO START THE LEVEL ALL OVER AGAIN FROM THE BEGINNING. TAKE MY ADVISE AND DON’T DOWNLOAD THIS GAME………….

Jayson Latap June 4, 2014
Are you this is good game for a helicopter gamer (addicted). Yeah just improve a little update for graphics because I just saw the screen shots. So I thought it would be an awesome gameEEEEEEEEEEEE!!!!!! Hahaha….. Just excited to play it and I give you FOUR STAR because I’m excited to feel how to be a COP.

Frida Santiago January 10, 2014
ITS HARD TO FLY A HELICOPTER SO I GAVE 4 STARTS STILL NICE IF YOU STILL FIX IT ILL SHOULD GIVE 20 STARS IF THE STARS ARE 20.

Dean Keating February 14, 2014
Everytime I go to play the first level the screen goes black then an X apperes in the upper left hand corner then the app cloes and restarts. Don’t download

Eric Steele January 7, 2014
Pretty boring pretty quick. Also no way to actually close the game. Have to home button out, then kill process.

Adrian OBLEA December 21, 2013
Ignoble go Igo Hugo hi to you by phone. It will take a moment. I’m a bit more about it

Tommy T March 8, 2014
Wade lee Edwards ….you are a complete and utter moron. Please go jump in the river and if you survive, buy a rope and hang yourself

Pierce Bell January 13, 2014
Part time and then you can be able to see the new Jersey shore to see you get it is the new one is a lot to get

Elidi Trujillo January 28, 2014
Wall about this is a really cool um but it’s really hard to drive the this is this um but the rest is really cool on yeah give you time um I think you give you money to get a helicopter on Really have to drive by

Emily Holland December 18, 2014
You can’t land properly without crashing and that just gets me! Like really.

Fathimath Samra January 8, 2014
U better fix it or im complaning the center where the game was made Problem :I want a 4d game(realastic) game !!!

Natalie Moya February 19, 2014
The only thing that you can see.
Tags
VascoGames