This is THE BEST GAME 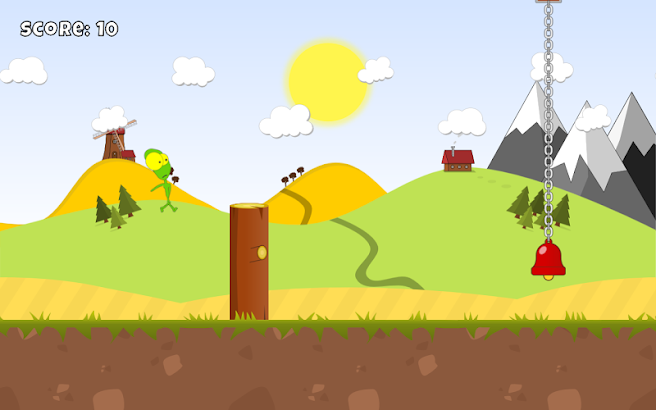 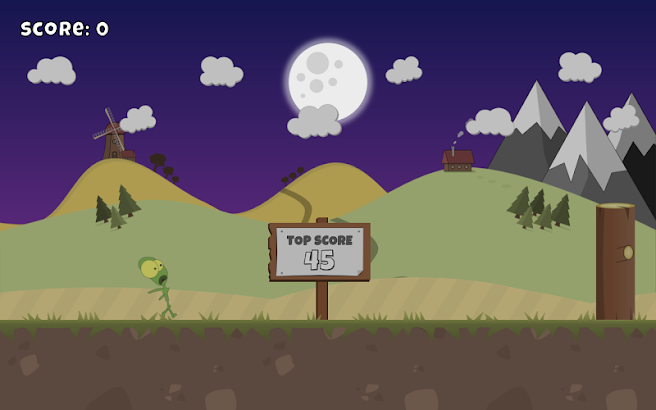 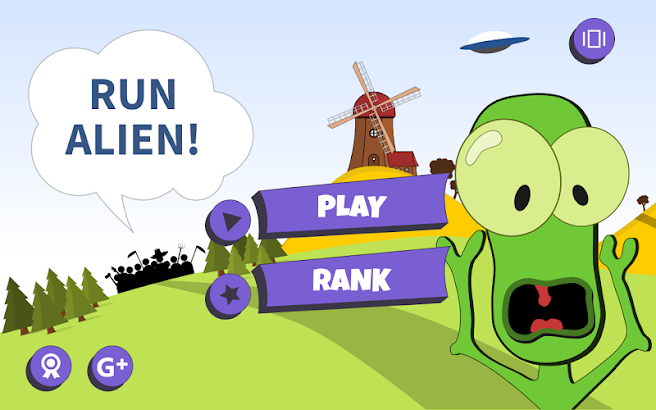 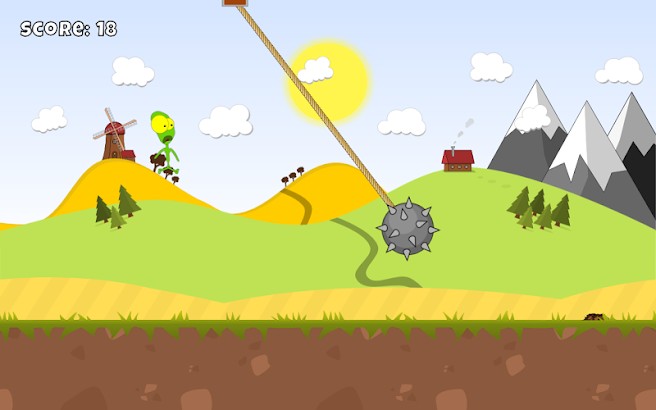 It supposed to be a great day on country picnic. However, it turned out to be the worst day ever. Talking to mayor’s wife wasn’t good idea, villagers don’t like aliens and what is more, somebody has stolen the ship.

Help the alien to run away from angry villagers, jump and avoid obstacles.

Albert Torres May 31, 2014
I’m currently at 99 putting me 8th place! Working my way up back to top 3 ? I love it. Fun runner for sure!!! Also the fact that I love aliens too. The sounds and animation fit perfect. Enjoyed it and you can find it featured on my YT channel Top 10 Best Games of The Week!

Channel Lemon June 12, 2014
This is a simple yet fun game. The sound effects are cute too.

Yinan Chen January 11, 2015
Jump and double jump your way to the end of the level.Challenging yet fun.

Prithu Goswami September 10, 2014
I love aliens. You gotta love aliens too do you? ..no? then better love em

Yan Cheng Cheok October 26, 2014
The author has sense of humor! The graphics is funny. So does the sound ?

Rahul Thorat May 31, 2014
Change slide setting.Sometimes while slide character jump instead of slide.

Developer APPtoGO June 2, 2014 HiThe character jumps only when you tap right side of screen and slide when tap on the left side. When the character is in air, tapping left side won’t make him slide but charge down firstly and then (when he touches ground) slide.If there’s problem with it anyway please write us PM on [email protected] so we could improve itRegards

George Neguceanu May 10, 2014
I am usually not a big fan of runners but this one won me over. From the sound, main character animations, and player abilities, all blend very well. GJ!

Elixander Chen May 18, 2014
Graphics and sounds are good! Alien is really adorable and watching him run kinda makes me wanna laugh.

John Born May 18, 2014
This is a fun runner for my daughter.I’m old, so the action is fast for me, but kids should love it.The look and the physics are both quite well done.JB App-titude Games

Maria Milea May 13, 2014
Love making the alien run and helping it avoid all the traps and obstacles!
Tags
APPtoGO