Prank friends I can prank my friends but they will be throwing my phone but its ok. I can see their faces 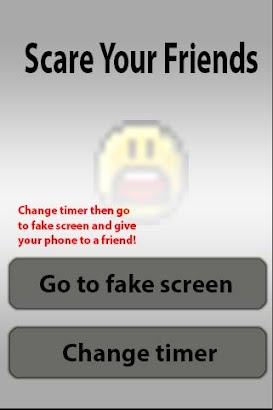 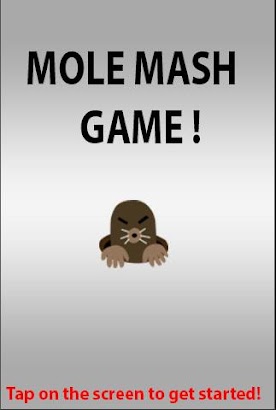 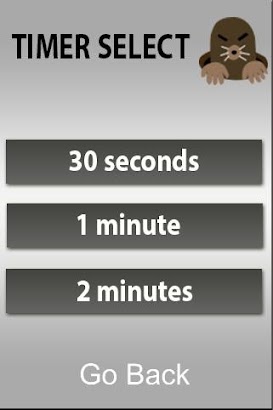 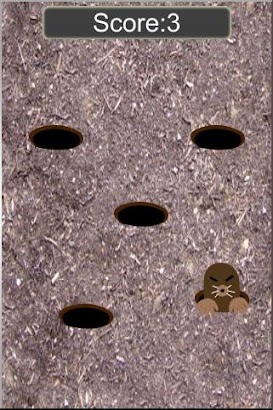 Now fully re-designed!
Prepare for halloween special prank!
Scare(prank) your friends like never before.
Creepy sound effect with terrifying scary face is win-win situation.
The girl from the maze game as main scary face is absolutely terrifying.
If you ever play the maze game you know what we are talking about.

The app is really easy to use:

Select the timer, go to fake screen and pass a phone to a friend.
Your friend will be scared as never before. Tell your other friend to capture the moment with camera and laugh hard.
Share the moment with us. Insta: #scareyourfriends #witch!

You don’t have to look for scary pranks anymore this app beats every other.
If you don’t belive try it on your friend or even yourself.
I scared my friends with it every time!

Special Halloween Update
*minor bug fixes
*added face selection on home screen ( now 2 scary faces are available)
The app scare your friends(witch)! is now fully re-designed!
This is really cool prank but also scary prank that you should try on your friends.
Pick scary faces as off now with this update.
Pick the face from the maze game or a witch face and ghost face.
Best prank for halloween on market scare your friends now!
Watch out very scary sound effects included!

jboy respicio July 7, 2016
I can prank my friends but they will be throwing my phone but its ok. I can see their faces

im a pisces September 11, 2016
It surprised the hell out me I had the volume all the way down though and I did know it was coming would probably scare someone so bad they would cry lol I know I would ???????????????

Torrian Pruitt December 8, 2016
Started playing to wanted to see how dis was going to turn out I leaned back from the phone so I want get to scared when that witch came up I fell of the bed well done folks…

Christiana Esposito September 22, 2016
I did it to my sister and my bro and it actually worked ???

daniel watkinson August 4, 2016
My friend cried and pissed when self ?

Gaming master November 21, 2016
I scared myself

Garrett Goody June 1, 2016
IT IS AS SCARY AS CRAP I TURNED The VOLUME ALL The Way DOWN and it came back up by itself and jumped scared the crap out of me

Aaron Balila May 20, 2016
like it, it scared my younger sister and my brother then they threw my phone to the floor i just laughed because of their faces…….

nyyasvlogs x May 20, 2016
I showed my sister and she dropped my phone and screamed go away xD

Harmony Huggan June 4, 2016
I did it to my older sister and she threw my phone at me

Nikita Beuker June 18, 2016
MY GRANDMOTHER SAID “AGH” XD IT WAS FUNNY AND MY SIS CRIED XDD

Andrea Gordon May 22, 2016
It scared me the first time but the witch was not scarey not suprised

Zahidur Rahman June 17, 2016
Thanks its good i love it if it have many more scary pictures it will be outstanding

Addison Quiles June 18, 2016
My sis shouted help and it was funny LOLLOLLOL

Ashley Martinez April 3, 2016
This was so lame i saw the movie with her a million times the Halloween is just funny lameeee if u can scare me ill rate 5 full stars okay

Aj Garcia February 15, 2016
This app is awesome my mom had the funniest reaction ever. I almost threw up because i was laghing so hard at her reaction

Jack Attack February 23, 2016
This game has a ton of lag but I think it’s just my Android

Ray Zkie Salibut May 12, 2016
Hahaha its cool i tried it on my sister and she was shocked she saw the ghost! Hahaha!! Its cool… I guessed 4 star for me cauz i liked it.!♥

Emily Gonzalez May 9, 2016
I scared my friends so badly they had nightmares and I even scared myself!?

smith 0124 February 15, 2016
Hilarious I scared myself with it later I am going to scare my uncle with it

Tammy Board April 11, 2016
It scared my older sister so much. That she threw my cat that was in her arms.

Brittney Craig March 28, 2016
It scared theheckout of my brother and myself

itzjustKacey MSP April 23, 2016
It freaked my sisters sooo much hahahha

Elizabath Suresh May 7, 2016
Fools.bcaz of u fellows wasted my time.not at all working

Rosa Bento April 10, 2016
THIS GAME IS TO SCARY I BROKE.MY PHONE. But funny
Tags
Mystic Development