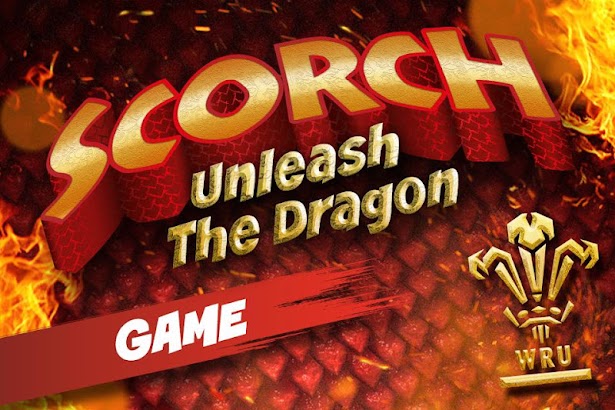 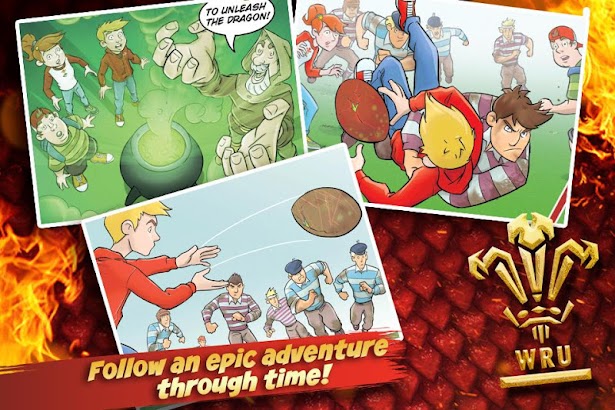 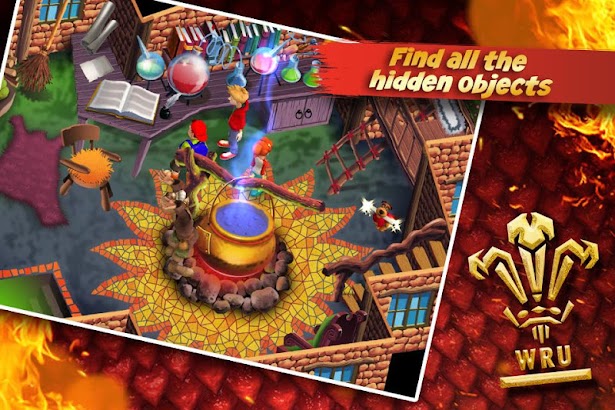 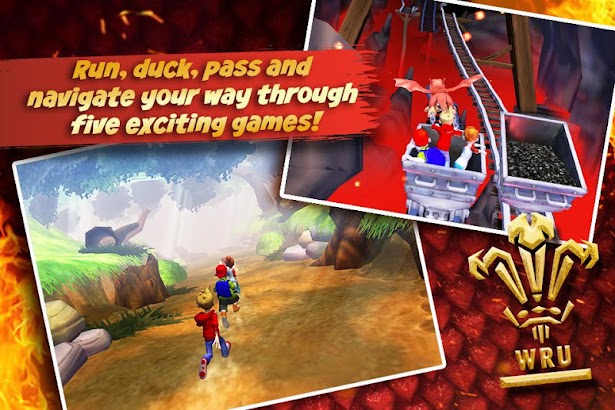 Unleash the Dragon! Follow an epic adventure through time, run, duck, pass and navigate your way through five exciting games, find all the hidden objects, reach the end and unlock the new Welsh Rugby Union mascot!

The story follows three children, Rhys, Megan and Dylan, who are on a tour of the Millennium Stadium. While in the Welsh dressing room they magically get transported back through time. They soon find out that it was Merlin who brought them back in time. Merlin, you see, is a huge fan of rugby. He uses his magical powers to watch rugby games from the future in his cauldron. Merlin loves the fact that Wales won the 6 Nations and grand slam in 2012, and the 6 Nations in 2013 but wants them to reach the next level, world domination! Merlin explains that the children must ‘unleash the red dragon’ in their time to give the Welsh team and nation the extra fire and drive and determination they will need to take on the world.

The children will be sent on a number of quests and adventures, including freeing the sword in the stone, discovering who wrote the Welsh national anthem, finding and hatching a dragon’s egg in the coal mines of the 19th century ultimately returning them to the present day where they will have the final clue as to how to Unleash the Dragon. At this point in the game, after they have figured out the final clue, players will watch the animation as the dragon is revealed and unleashed!

Victoria Broghton November 15, 2013
this is an amazing game but if u make the longet I would five 5 stars

ILikeGames DEXSONIC September 2, 2013
I gave 4 stars because I didn’t put the other Star because it takes long to load

lightning the elemental wolf January 20, 2016
Amazing and toughI loved the secret dragon animation at the end

Jac Williams August 15, 2013
I am a welsh rygby fan and that game is awful

Olivia Walde March 6, 2014
It tells me to do something I do it but it tells me it it wrong !And I’m doing it right!

goldenking s September 6, 2013
I found all 12 items and nothing happend even when I did it twice boring

dragon slayer March 31, 2014
To much boring at the starting