True Heroes never run like hell from a Zombie, They shoot and smash their butts! 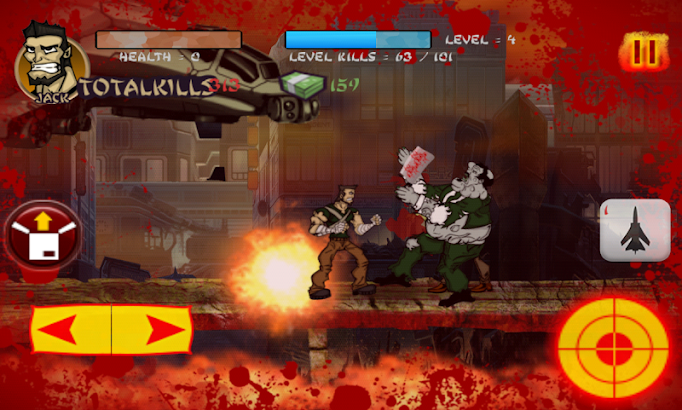 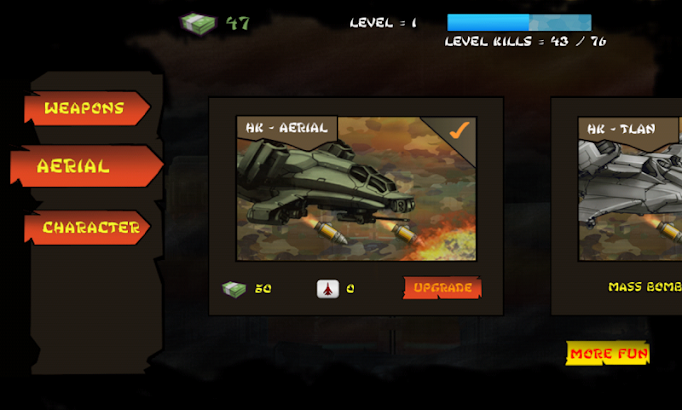 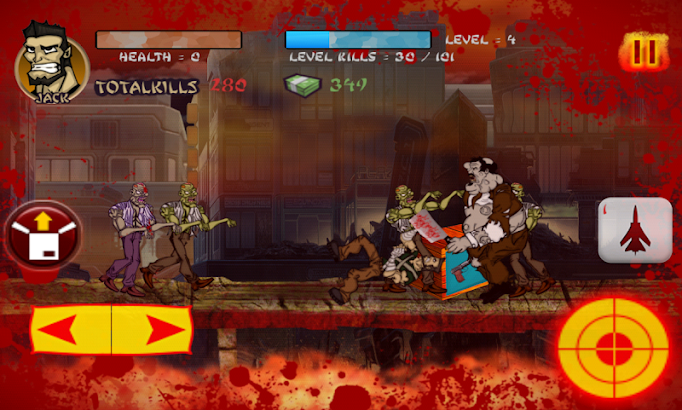 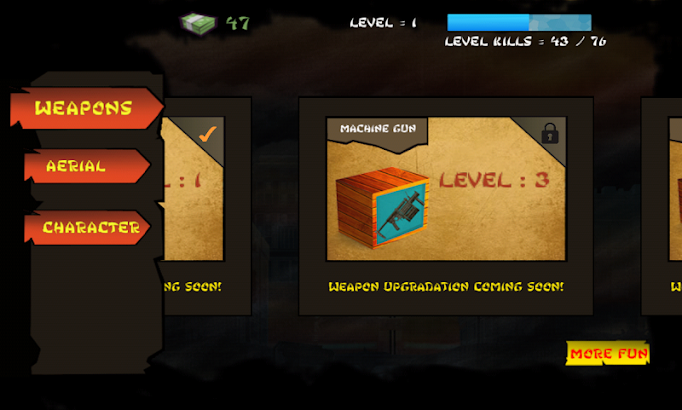 Our Army man, Jack, is stuck in a dangerous city among deadly Zombies. This Zombie Smasher has to save himself until the help comes from the jets in air. As in the shoot and run like hell song.

Jets drop various types of arsenal like AK-47, Machine guns, assault rifle guns, shotguns. Various kinds of Zombies come in his way and his mission is to kill and destroy them and bring Jack back as a survivor.

Based on the number of kills, his expertise and stages augment and based on that new guns, arsenal and enemies are unleashed. Based on his stage he also sees health kits. By getting those health kits he recovers from injuries and keeps going and kicking their butts.

So here are your goals.

• Move left and right and find attackers.
• Kill with punch if you don’t have a gun at hand.
• Collect different types of arsenal.
• Kill enemies and zombies without getting hurt.
• Collect health packages to recover your health.
• Don’t forget to share your scores and achievement with your Facebook friends.
• With every increasing stage the difficulty increases and you get true thrill.
• You can call air strike help as well
• Collect money that zombies leave for you and then use them for underground arsenal market

Nestor Moreno July 3, 2014
I got all the guns in ten min the shotgun is over powered i bet i could have still been playing if it wernt for a glitch dont wast your time

Guilty Clown June 19, 2014
I think this is better than just shout

UnknownDecember 12, 2013
Great game but itwould be nice if you guys improve animation and add little walkthrough in start of game

Fazil Qureshi November 8, 2013
Well game got really funny characters, But it should some way so that I can push my kills to facebook or twitter so I can let my other friends know about it or I could challenge them. Overall loved the gameplay

salman zahid November 8, 2013
sound n graphics are good.Shooting button is nicely placed and very easy to press.New player can easily fight with zombie for a while;).guys increase the lifeline or give some extra lifeline so that jack can servive more.

abhishek pareek November 18, 2013
Crap game. animation is bad and so is gameplay. Waste of time. Wonder how come there are so many 5 star ratings and that too from a particular region? :-/

Developer Aplab Solution November 19, 2013 Unfortunately, You installed the game in first few hours, when there was a ripple bugs that’s remained on google play for 10 minutes or so, immediately after that we uploaded a new build. Please try now.

Yash Sajwan December 1, 2013
Previous one was the best.

Developer Aplab Solution December 7, 2013 Can you please tell which feature you do not like?