2-4 friends battle each other simultaneously on one device in this shoot em up!

EXCELLENT GAME FOR 4 PLAYERS This game is the best 4 player game ever for a device!!!! EXCELLENT JOB! The only things I don’t like is that it cost coins to play everytime and there should be a 1 player mode. Other than that its a great game 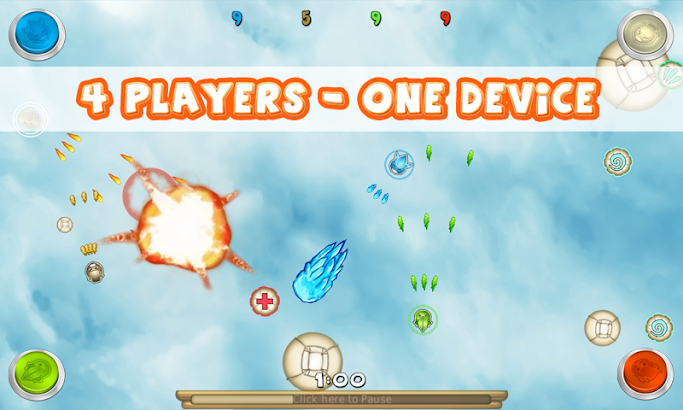 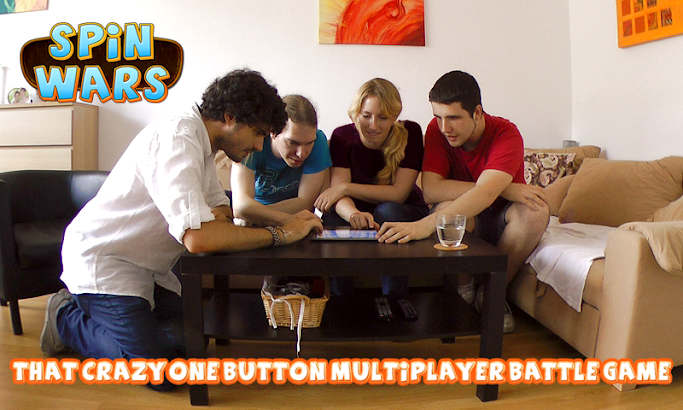 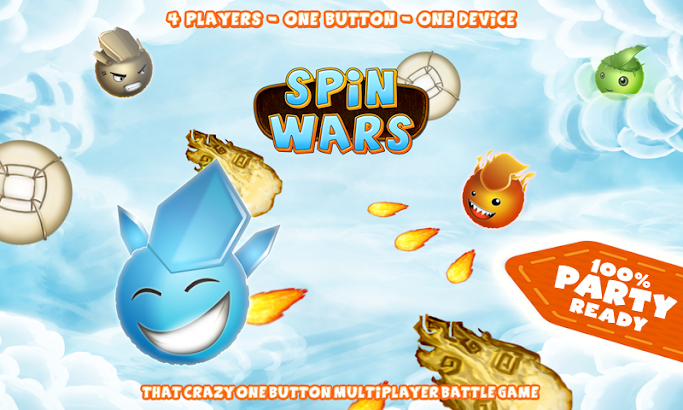 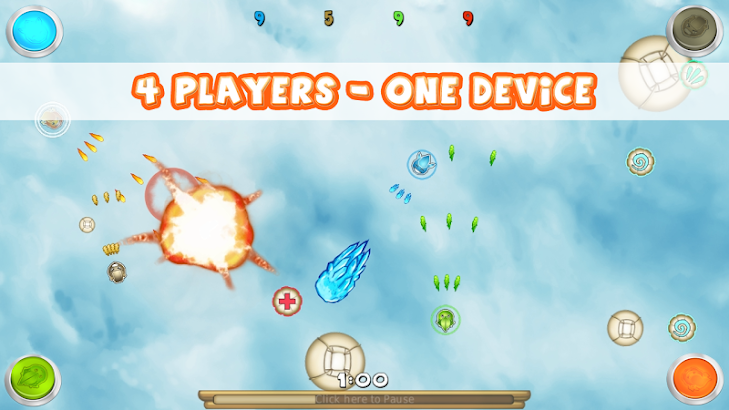 Up to 4 friends battle each other simultaneously on just one device in this simple but fun arena shoot ’em up game! Control your fighter and pull off your special moves with the well-timed tap of just one button!

• Competitive gaming anytime – anywhere! 4 players on one device!
• Frantic shoot’em up battles with awesome special moves!
• Master the tap and hold one-button controls!
• Pay once, get it all! No additional cost, pure fun! (Upgrade in-game)
• Great for pick-up and play video game tournaments at your event or party!

We developed SPiN WARS originally as a fun-project-prototype. Since then the game was brought out at all Brightside Games parties or game nights. We had so much fun with our SPiN WARS tournaments that we decided it’s about time to release this little gem to the public! We don’t think it’s easy to market a local multiplayer only game, but we just want everyone out there to be able to enjoy it as much as we do! So gather your friends around your device and have fun!

– Additional options to get more coins for free are available.
– Watch a video trailer for 10 free coins
– Get real rewards and coins on top when winning the game.
– Still no ads that clutter your screen and completly optional full version IAP!
– Social sharing updated.

Christopher Mcfarland July 27, 2013
This game is the best 4 player game ever for a device!!!! EXCELLENT JOB! The only things I don’t like is that it cost coins to play everytime and there should be a 1 player mode. Other than that its a great game

Denis Elis September 18, 2013
A game that is designed for people who drop acid.

Digital Shadow July 15, 2013
One day I played so much the other day I have 0 coins please fix that then I will give 5stars

Graham Jenkins September 24, 2017
Coins are silly in a game like this, and as soon as my first game ended the app crashed. Controls are a pain.

King Qatar January 1, 2014
THC your he is so much good than other game s

Julie Gatz April 8, 2014
Quite a fun game.Easy to play and nice graphics. I wish it was easier to control your character though, because it is hard to aim correctly. Overall a good game ?

Ester Widyawati July 5, 2013
4 players i like it I can play with my friends

Cruz Dsouza January 9, 2014
It is a nice game. It is also one of the best multiplayer game ever I have played

Hassan Bahrami July 8, 2015
An excellent choice for the gathering times..

Nichole Bedenk June 30, 2013
Plays really well with my friends at the same time on my toshiba tablet. Great fun, can’t get enough.

xander blaauw July 16, 2015
Fun game, but you can play it only a couple times and then you have to pay. In akhbars immortal words: “It’s a trap!”

Dafydd Macdonald February 7, 2014
It looks like fun game but controls are confusing

Harjas Singh May 21, 2014
Awesome game but it is difficult to get coins after finishing them otherwise it is excellent

Adrian Colarina July 22, 2015
Pls can u off the coin purchased

Aileen Nieves December 9, 2013
why neede a coin before play?