Roll the squirrel, collect the nuts, keep the combo going and get to the exit! 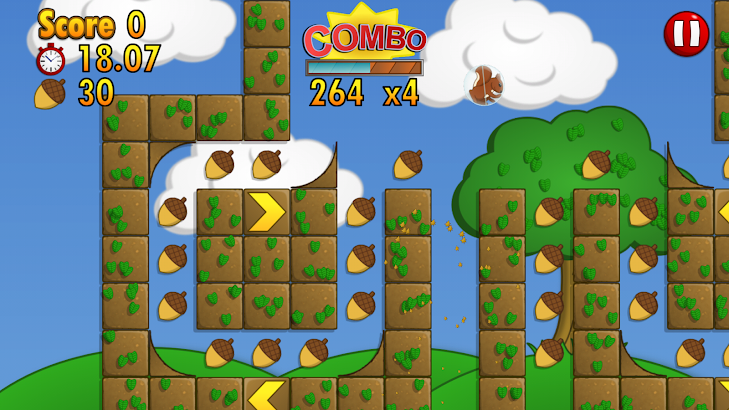 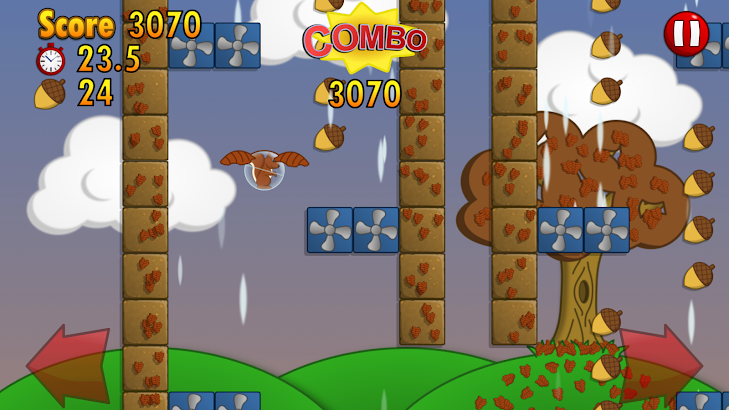 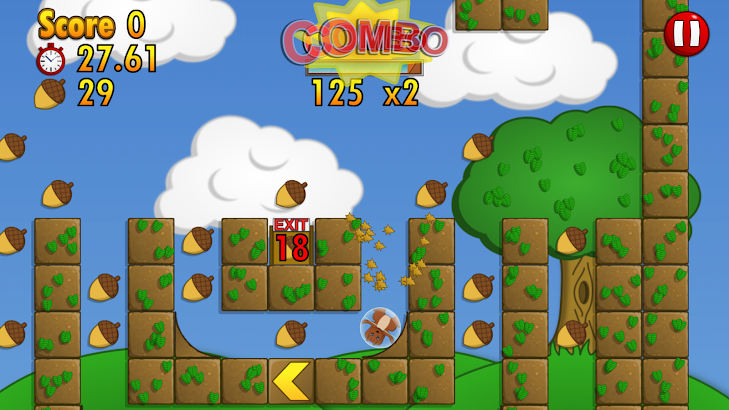 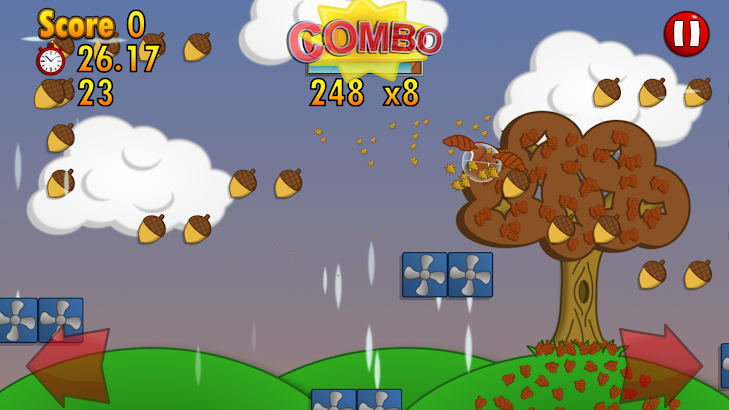 Welcome to Squirrel Ball! This fast paced arcade action game is all about collecting as many nuts as you can and rolling the squirrel to the exit before the time runs out. Speed and skill are needed to get the high score in this fast paced game!

– Featuring 60 levels
– Collect the nuts and finished the level quickly to beat the 3 star score
– Levels are split between Summer and Autumn themes which have different power ups
– 3 star score can be seen in the pause menu
– View can be zoomed in and out for a better view of the level
– Controls can be changed in the pause menu to button or tilt controls.

This little squirrel is gathering up nuts but he hasn’t got long to do it! Now he is in his trusty ball it is up to you to roll him to the exit whilst collecting as many nuts as you can before the time runs out.
The key is to collect the nuts quickly and keep the combo going all the way to the exit to beat the 3 star score. Also you get more points for each nut if you hit them at a faster speed. Finish the level in the fastest time possible to get more points.
The levels have various things to help you including golden nuts which split off in four directions when you hit them to collect nuts for you. And there are springs, gravity changers and speed boosts to get you up higher and speed you along for a bigger score.
The Autumn theme also features a leaf power up that lets you float but don’t hit any walls or the leaf will fall off. Also there are fans that blow you about.
Get ready for fast and frantic arcade action as you try to grab as many nuts as you can and roll this little squirrel to the exit before the time runs out!

Roll the ball is the kind of ball that just likes to roll with it and let gravity take control but now he needs your help to get him to the exit.
You can’t jump and can only roll the ball so you need to think about how you are going to get through the level without falling down too soon before you have collected all the keys to open the exit.
Either tilt your device or use the buttons to move roll left or right.
The levels are filled with stuff which will help or hinder your progress including springs, lifts, boosts, false walls, breakable walls, ice, gravity changers, moving platforms and spikes.
Collect all the keys in the level to open the exit and collect all the stars in the level to get the big star, some stars are hard to get to and some are hidden.

Reginald Rowbottom January 31, 2015
A different and fun game. I really like the motion and the graphics. Great game.