Travel to the bubble shooting stone age with Stone Shooter!

Not accurate aim at all. 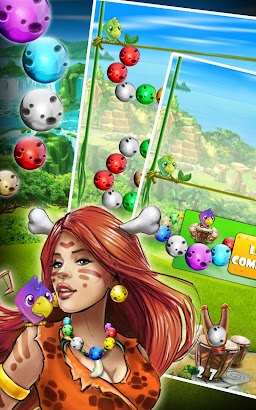 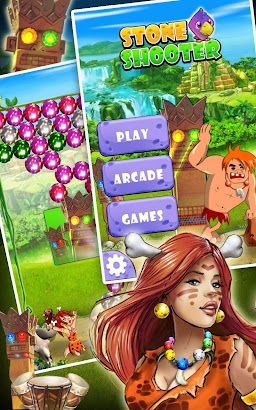 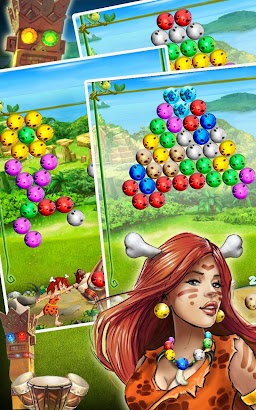 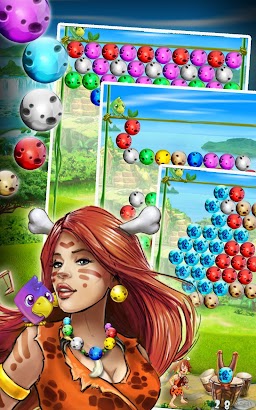 Are you looking for an exciting, fun arcade game and a stellar bubbleshooter experience for kids as well as adults? Welcome to Stone Shooter, a game where ancient times blend together with complete arcade fun into a one of a kind package that you will like for sure.
With this game you will be able to spend your time in the nicest possible way for free, thus bringing you a great companion for those times in which you are bored. Stone Shooter is a bubble shooting game that allows you to explore a variety of ancient places in the human history, armed only with your trustworthy slingshot. The main objective is to remove all bubbles from the game board as fast as possible in order to win and pass to the next level.
How to Play:
Stone Shooter is easy to learn and play, all you need is to tap in the desired direction and the stone will automatically be shot towards that area. You will need to create groups that have at least 3 stones in them, all of which have the same color.
The more bubbles you remove the better the results and the higher the score. If you have bubbles that are harder to reach, you will need to strategize and find the perfect angle so that you can perform even those tricky shots.
The main goal in this game is to remove those bubbles in as few moves as possible, so you can rack up the highest score amongst your friends.
In Stone Shooter you can find a multitude of levels and each one of them comes with its own challenges and 3 stars that you need to obtain.

Robbyn Elder May 31, 2015
Game lags, aiming is not true to bank shots. I am not an amateur.game sucks

John Chung March 3, 2015
Like bubbles but this idea is original with rocks.

Reginald Rowbottom February 23, 2015
Based on an old simple game but with a nice twist. Beautiful and detailed animations and graphics. Quite fun to play.