Gosh it very slow ….its the worst game I have ever played 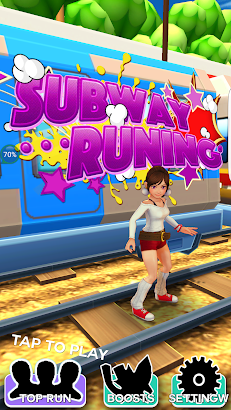 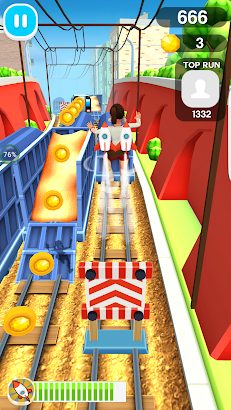 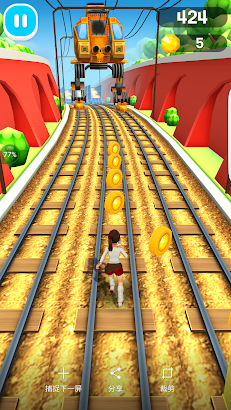 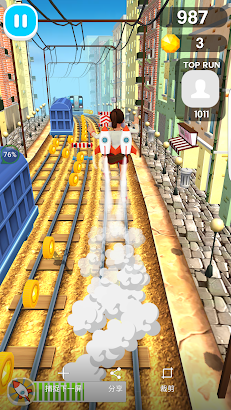 Subway runner is a endless surfers game, to be the best runner, try your best to dash.

Subway Runner is an awesome infinity running game.
A princess play in a subway city.
You must help her to run to escape chase of a monster. Collect coin other power.
Don’t forget to dodge all obstacles in the way.
Cycle as fast as possible.

UnknownMay 31, 2017
Gosh it very slow ….its the worst game I have ever played

bijoo bhaskaran April 20, 2017
Very slow. The game is not working properly. You tried to make a game like Subway Surfers but the result was?.

SmileyEmojiFanatic2009 FanaticOfTheMrMenShow August 20, 2017
Is There A Way To Change Guy’s I Will Have To Find Out Or This Game Deserve’s To Be And Idiot

Loni Gobina April 24, 2017
An endless run which keeps you on your toes very entertaining I never get tired of the game

Fakhruddin Jambughoda May 14, 2017
IT IS VERY EASY GAME MAKE IT SOME HARD AND MAKE A GOOD UPDATE. AND PLZ IMPROVE GRAPHICS IT IS NOT NICE. .

Dhanunjaya vudatha April 15, 2017
Its a very good game no complaint

Sarita Devi April 19, 2017
Aq the same as a result I have been a long it jys to me a result of a long it will have it