?Jump and run across +60 amazing levels in this retro 2D platformer for free!?

The only reason I deleted this was because of the jump control. I would jump from point A to point B, and the character would not land! 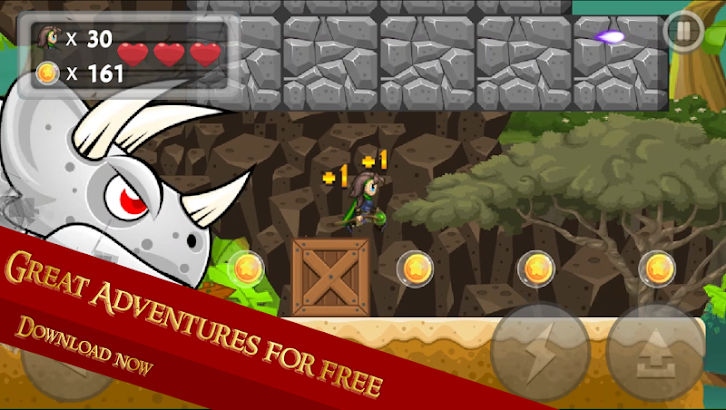 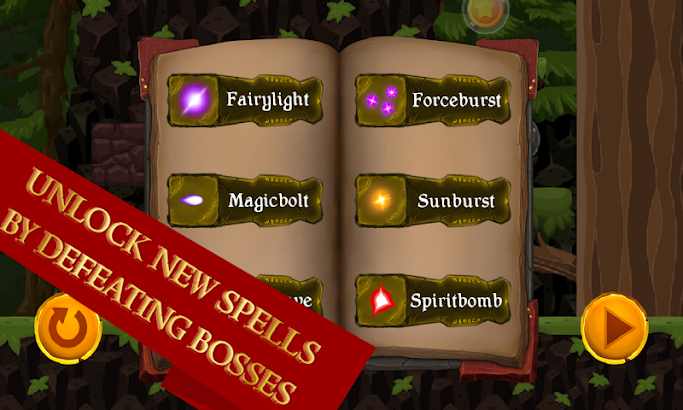 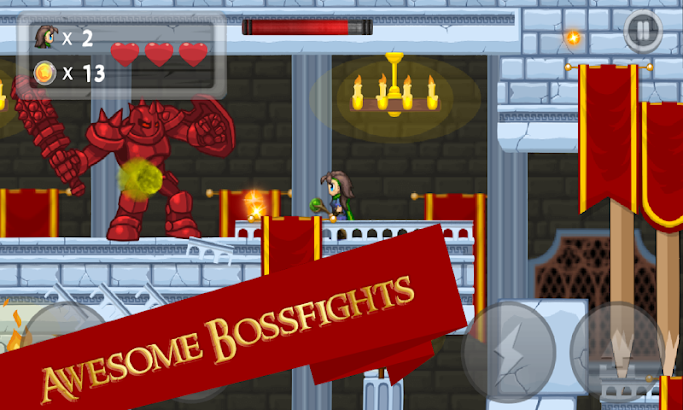 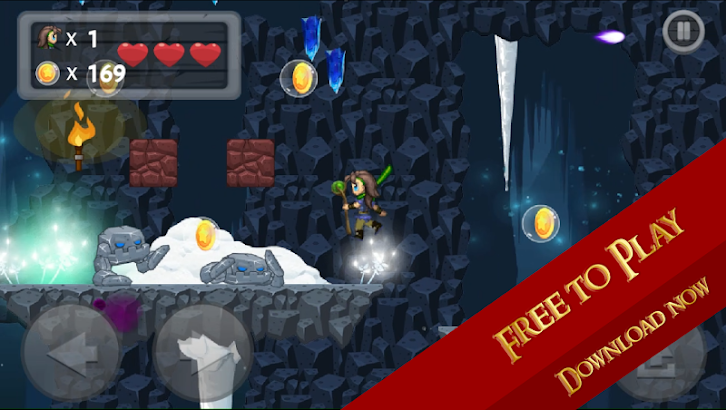 Super Mage World is a new jump and run game by JacPete, and it’s free! The side scrolling action awaits you in this fun packed and enchanting retro 2D platformer.

⭐Story⭐
Oh, no! The Wizard Stone has been robbed by the evil Orcs! Now it’s up to our heroine Trisha the sorceress to rescue the Wizard Stone, defeat the evil Orcs, and —you guessed right— save the kingdom of Super Mage World in this free to play jump´n´run adventure!

Jump around and… unleash your incredible magic!

The retro adventure style catches the old spirit of the c64 and amiga games combined with modern 2D graphics.

⭐Old School Hint⭐
Collect 200 coins to get an extra life! You never know when they will come in handy.

⭐Join this Adventure⭐
Are you tough enough to defeat all mighty bosses? Are you ready to master all 6 unique magic spells and rescue the Wizard Stone? Help Trisha the sorceress become the greatest heroine in JacPete´s Super Mage World!

One of the best retro 2D platform games is awaiting you, and it’s free!

Download this fabulous old school side scroller now! It is just at one tap distance, well… two, to be honest and help Trisha the sorceress to save the kingdom of Super Mage World.

⭐Suggestions⭐
We love your feedback to the game. Please keep your ideas coming. In the meantime, let’s jump´n´run into the adventure!

Send us an e-mail: [email protected]

Howard Demarco September 26, 2017
The only reason I deleted this was because of the jump control. I would jump from point A to point B, and the character would not land!

Developer JacPete September 26, 2017 You can use a double jump, hit the jump button once and than again when she is at mid air of the first jump, than you can perform the double jump without issues. Thx for playing and rating ?

Developer JacPete October 20, 2017 Thx for rating and playing ? Super Mage World soon gets new levels and bosses added to the game, i currently work on a expansion update that gets also added to the game for free. I am the only programmer, coder and level designer on this project, but i try to introduce some new levels and maybe a new boss during the next 2 weeks.

Barbara Rowan August 19, 2017
I like this gamechallenging but not impossible to play. Great graphics. Keep up the good work. Hope y ou develop some more games like this as most platform games for Android are not worth downloading.

Developer JacPete August 24, 2017 Thank you for playing and rating, i develop “Bubble Bob” at the moment, the game should be ready to launch in about 2 weeks and is currently available in open beta.

Developer JacPete August 6, 2017 Thank you for rating and playing, more levels are getting added soon ?

Developer JacPete July 27, 2017 Thank you for playing and rating ?

Sir Sparkily Kitten February 27, 2017
just mediocre. there are no huge flaws that i found. the game is still just to meh. for a railroaded game there is to much freedom in all yhe wrong areas, you can get to places it feels like your not supposed to be. there need to be more cleverly crafted secrets. more walls and less floating platforms on a background.this game doesn’t do any new, but the things it does are solid.

Developer JacPete June 15, 2017 maybe you would like to retry the game? i overworked the game speed and physic, awell as some of the level design and i added new spells to the game, you can get the new spells by defeating bosses, the spells can be changed ingame using the spellbook that i added also to the game.

SlyzesTubeHD January 30, 2017
Challenging for me..nice and simple controller,don’t have any bug so far..I really like it..and I hope this game will add Google sign in and achievement feature soon..so when I want to play on my sec device I just need to sign in to play it

UnknownNovember 15, 2016
The more I play this game the more I want to get to the next level. Lots of fun and exciting enemies and greatlevel design! 5 stars for this solid app with addictive game play!

Ali Ss October 20, 2016
It was an amazing game i like to play this more time it was very interesting no problems that I have to say

Thangavel A November 13, 2016
It’s playing very excellent design. All the levels are finishing in easy . It also works in clash of clans . No problem was find out the game

kumar krishan November 13, 2016
This app is. Very good I really like thus app I need such an app from long time I really loved it very good game and awesome app

UnknownOctober 31, 2016
This is an addictive game,so plzzz download itand enjoy your free time

Aseef Samad November 2, 2016
I so simple play! Its awesome game. Some time i felt something need more to be attractive this game. Almost, its great!

Sujay K November 13, 2016
its an amazing game… high quality graphics.most important thing no hang and crash… enjoyung the suspence and excitement. thank u

Gillu singh November 13, 2016
Really a wonderful game.When I bored I use to play this game.I also referred this game to my friends also.

UNIFICATION IN SPECIFICATION November 13, 2016
This is gr8 game loved it so much fun to play a proper time killer cant stop it playing too much addictive

Ajith N.S November 13, 2016
Wonderful game I ever played..nice and easy to use.no hang and crash.I addicted to this game…lot of excitement

siva rs November 13, 2016
It was an amazing game I’m play .this game is more interesting no problem are playing time its super game I really accept this game

Developer JacPete January 15, 2017 if you love the game, why just 3 stars? went something wrong? can we help you?

Mukul Garg November 14, 2016
This is a nice game.you must download it. I play this game daily. u also become a fan of this game whenu will play.

Parminder Sakarwal November 13, 2016
You get the best Jump and Run Platformer action in Super Mage World, save the kingdom…

Abin SL October 17, 2016
Which is Super App. May get Nice Time to me. Thank you Developer

ALSAMIL M K October 16, 2016
Nice to Play, Free Time May Spend It. It Giveme as a Wonderfil Realty

UnknownNovember 14, 2016
Jakkas game easy and i like this game. I play this game every day. This is a best game…
Tags
JacPete