Tank MOBA, control tank and plane and ninja vs legend to be a hero .

well i have played it and its awesome i play it with my friends and my brother. There’s only one thing it needs MORE stuff. Like more power ups, new tanks, 4 player,new maps and mabye a lobby for online players If u do this it will get more downloads and it will just be a AWRESOME game. so thanks for reading and TAKE ADVICE 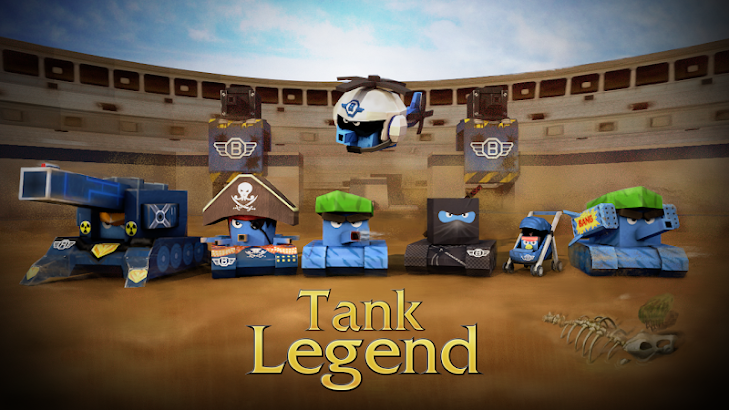 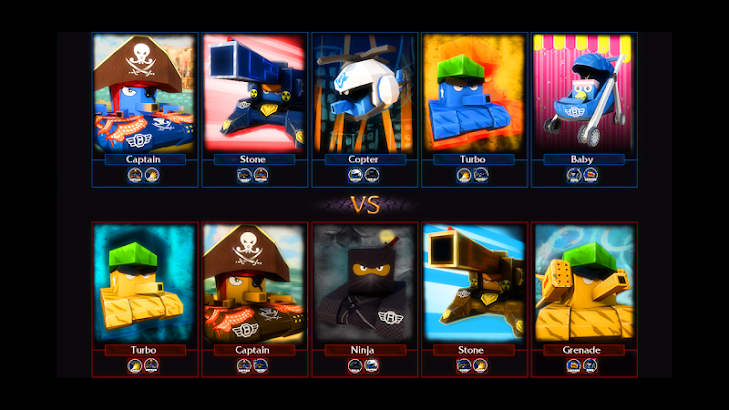 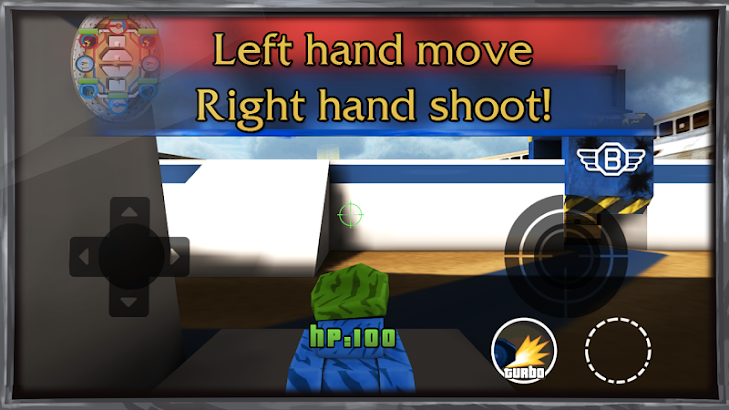 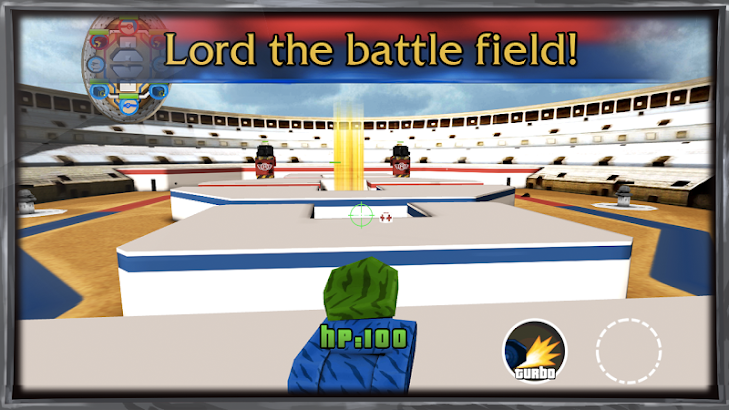 If you like this game, tell your friends and play together ?
League of tank Legends on android now!

Form alliances and fight together in 1 vs. 1 or 2 vs. 2 combat.
Hone your skills as you battle.
Take on players from around the world (PvP mode), or face challenging bots (single-player mode)!

CHOOSE YOUR HEROES
Choose your Hero your way. Control it to suit your play style. As you level up, you will become strong to enhance your abilities and find your advantage in battle!

MASTER THE SEVEN HERO TANKS
Choose a Hero from the Solider, Copter, Pirate, Ninja, Mega, Baby, or Grenade. Get to know the different hero attributes. Play to your team’s strengths to win!

“The game is tailored for MOBA first-timers as well as veterans who may no longer have ample quantities of gaming time.” –Player

“Tank of Mini :Arena has shown me the MOBA light.” –Another player

“Tank of Mini :Arena is exactly the sort of MOBA-in-your-pocket experience I feel many MOBA aficionados would enjoy.” –Nice Player

ONGOING CONTENT RELEASES
New Heroes, new Abilities, and new Maps! There will always be something new to master!

LoL stands for laugh out loud.

Works with Android phone and tablet.
In-game text is in English.

Theweaselbiz September 5, 2017
well i have played it and its awesome i play it with my friends and my brother. There’s only one thing it needs MORE stuff. Like more power ups, new tanks, 4 player,new maps and mabye a lobby for online players If u do this it will get more downloads and it will just be a AWRESOME game. so thanks for reading and TAKE ADVICE

Benjamin Falcon November 26, 2014
I think u need to create a game like this tank but in historical tanks not a cartoons and add the machine gun to tanks and copters.. and i want to see the list if whos playing online .. its that good?

Nexiled Flare May 15, 2016
Great game, hardly anyone online (I don’t mind) but the charecter unlocks are SO HARD TO GET. either make all available freely,pick 1 for free, or gain or exp and when restarting levels gives 50% less exp

Amzar Syahmi April 25, 2016
I used to play it in my tablet and now my tablet is broken and cannot be used anymore and now i download it in my phone.Awesome game.

Wyatt Clark March 12, 2016
you get one tank to sart out with then you have to be a level 30 to unlock the helicopter and all5 other tanks you have to buy and controls need some serous work

cubic warrior November 24, 2015
The baby tank does not do what it is supposed to do and your tanks special power ups where off way toquick

Bryan Heinlein August 27, 2015
Don’t know if anyone even plays anymore. I try to go online but no matches.

Junita Jamaludin September 11, 2016
I like the game but when you did a level aleady you don’t get xp

abnerr80 7 January 27, 2016
It’s OK k but controls are hard u have to aim and let go to shoot plz do a control customization

kayren llamera May 29, 2016
I liked it but my friend cannot played it so we cant have a fight i liked multiplayer games but please make a solution for this

Krista Aguilar August 7, 2016
I do two stars because of the fact that you don’t get level up fast enough and it is too hard to get the copter

Lewis Crossley April 3, 2016
it,so so much just to buy 4 tanks 46 pounds jeese and to get the copter instead of getting to let 30 buy it for 22 pounds jesus

BooBooo Kay May 8, 2015
Bought some toons in-game and game seems. It to be working

Briton Rimar Augu
st 12, 2016
Why won’t we buy the heli copter and the other using coins on the game

Novannon November 1, 2014
Every thing is perfect about this game!!

Rickson Soo October 3, 2017
Can we adjust the sensitivity for control?

Carlos Hernandez November 12, 2016
This is my childhood game and its great to come.back to it