The most popular classic tank-themed game for android is here! ! !

Can’t finish level 2 cos they refused to give me star,need help on that please 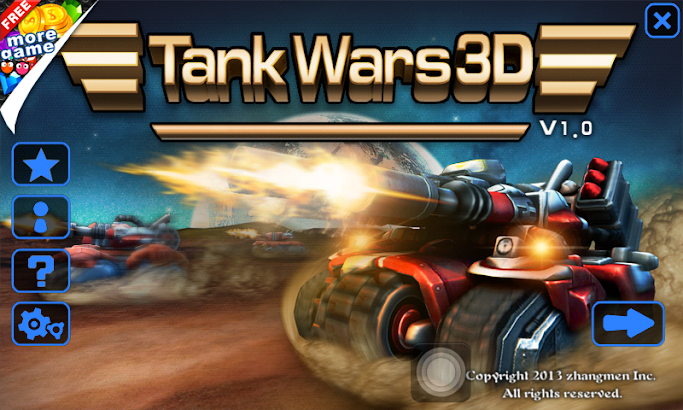 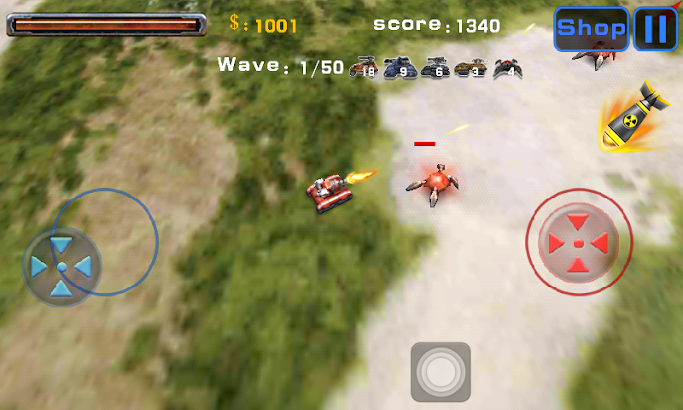 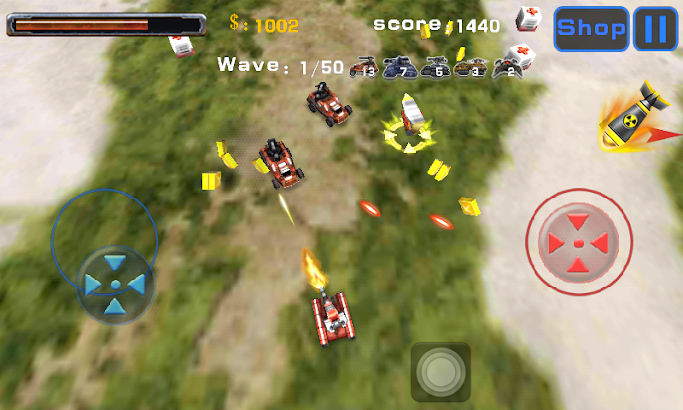 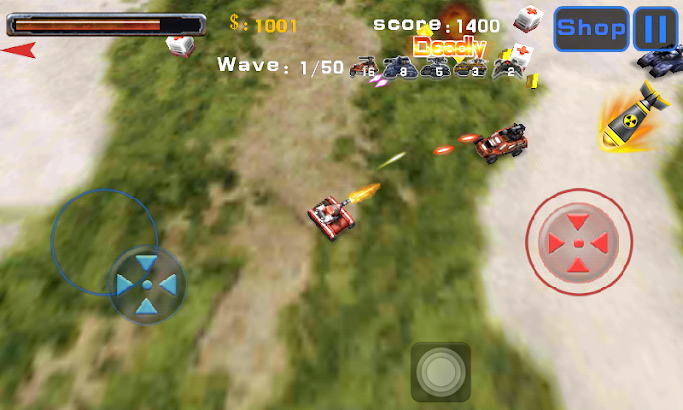 The most popular classic tank-themed game for android is here! ! !
It is different from other tank-themed games! ! !
New power-ups and weapons! ! !
Realistic graphics and sound effect! ! !
More realistic and thorough experience! ! !
Don’t hesitate! Just download it! !
Tank World War 3D is an eye-catching classic tank-themed game. 3D graphics, simple battling ways, creative quest modes, and realistic battling exploding effects! Bring enjoyment of both visual and auditory to you! It has 50 levels in the game. The game play is simple: tanks can attack automatically; tap the red icon to control directions of battery and the blue one to move tanks! Just tap the icons of power-ups to use them in battle and pick up power-ups dropping from battlefield by moving tank to them!
Features
★★★★★ Smooth game control
★★★★★ Vivid background music is in harmony with the game!
★★★★★ Add different game scenes and power-ups!
★★★★★ Share fun with your friends by QQ, WeChat, SMS, and Email!

ibrahim umar August 8, 2017
Can’t finish level 2 cos they refused to give me star,need help on that please

CooperandCarter’stoys review December 13, 2016
This is one of myold games I never did play it but I love it

aisling mooney November 30, 2016
Great game I love it cause it’s just so fun.

Haleem Bostan April 7, 2017
bullshit game it freezers all the time

Sleeping Night May 18, 2016
Yes I said amazing app but gave it 2 stars.IT CRASHES AND MY PROGRESS RESETS ALL.THE.TIME. also there is no tutorial so its really hard to learn the controls on top of that when I go to use the missile/nukes it comes up with writing from a different language so I have no idea whats going on!!!!!!!!!!

diamonds vids July 27, 2016
The red tank is normal bullets and the blue tank is plasma bullets.and why is the get gold give you gold you could just keep spamming the get gold button to get all max upgrades.aaaaaaaaaawwwwwwweeeeeessssooooommmmmmmeeeeeeee

Mettuar EXE February 11, 2016
This is a great game, with even greater potential. I really like the game. I liked it so much that I fully upgraded the tanks to the maximum, and three stared all the waves. But when I fully finished the game, I was left wanting more content. But there was other things bothering me about this game too. So I put together this review to give suggestions for future content. First off, there should be more playable tanks, and each with their own play style (for example, the Red tank could be faster than the others, but have less firepower, or the Blue tank could have more health, but be slower), and every tank should not have the ability to use rockets or mines. There should be a tank for mines and rockets alone. With this said, there should be more upgrade paths (for example, the tank with mines should be able to upgrade the mines). Also, Every tank should have their own skill set, which they can use every so often, but without the need to pay in game currency. Second, there should be more waves, with different difficulty settings, and a mode with endless waves which gets more difficult over time. This would make the game better, and more enjoyable. Thank you.

LGN INFERNO October 5, 2015
I dont mind the ads.Its entertaining.Decent graphics.Allows you to cheat by giving u 1k gold if u choose to FOR FREE.

Alwin Marantal May 29, 2015
Im so annoyed with the ads continuously flashing on the screen. I did not play the game, the first time I openedit, its the ads that welcomed me. So i uninstalled it immediately for i know that the game was created for ads not to entertain us.

Mark McCorkle June 21, 2015
Uninstalled without completing the first map because as I’m playing the game developer decided it’s a good idea to put a flashing banner ad on the bottom of the screen. Charge me 99 cents if you have to, but omg, an ad DURING gameplay is the worst decision ever. Uninstalled.

LuisMa Suárez Gutiérrez April 28, 2015
Every time i forget i’ve downloaded it. Frustrating controls that just decide to leave you sitting still.Too much ads and poorly placed. Cheesy translation from god knows what language. Has potential. But not there yet