I hate this game Im stuck on check update it won’t load whoever downloaded this is wasting their time now i wasted space on my phone thanks to this stupid game!!!!>:-( 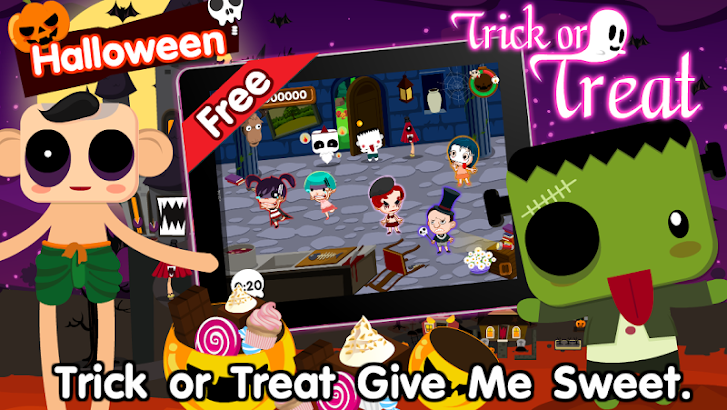 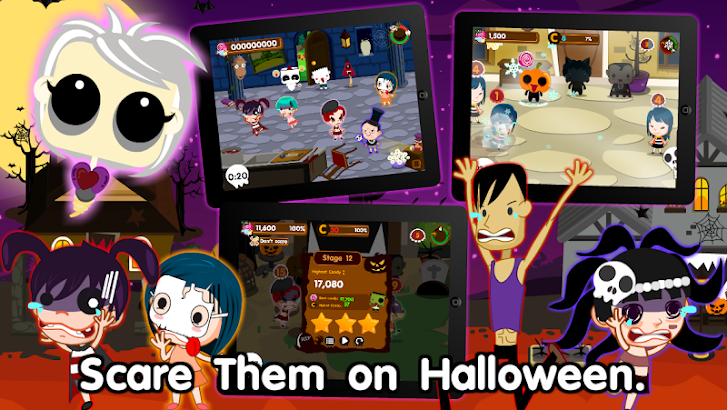 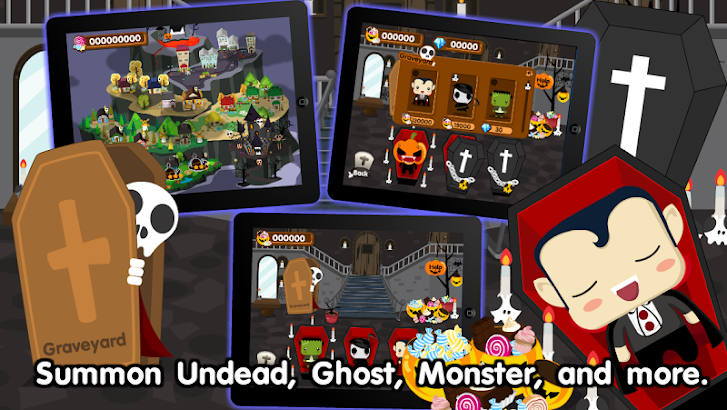 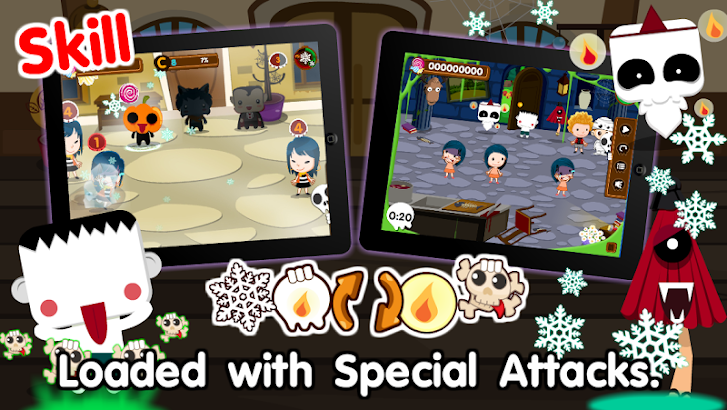 Trick or Treat, you are so sweet. Give me all your little treats. If you don’t, I don’t care, I’ll scare you everywhere.

Scare them all! Who collects the most candy will be the spookiest of them all.

Have no fear little ghosts. Being the spooky trick or treat evil is what Halloween is all about. Tapping children packed with candy is how you get their sweets. Summoning up to 3 different unique talented ghosts can help you complete the missions faster.

Let’s practice your trick or treating skills with our friendly ghosts and be the first among your friends to curse all houses on the map.

FEATURE:
– 7 Spooky Ghosts, 1 free TK Ghost
– 20 Stages with different missions
– 3 different boosters to increase attack power
– 2 different talents for each ghost except Dracula
– Unique special attacks on all of the ghosts.
– Share and compare with your friends on Facebook
More detail
Www.vistafungame.com
Facebook.com/Taokaenoi.game

Rubin Estela October 23, 2014
Im stuck on check update it won’t load whoever downloaded this is wasting their time now i wasted space on my phone thanks to this stupid game!!!!>:-(

Gabe Miller October 20, 2014
I’m med because this is stuck it check update but I guess I would be fun if it worked #fix it

Cinthia Hernandez October 23, 2014
Is stuck how can I fix it

UnknownJuly 22, 2015
Checking on update.????Fix this. Do not waste ur time or money downloading this game.

Bethaney Patterson December 2, 2013
Its not bad

Chakorn Techa October 23, 2013
love all monsters and the vampire.

Sarah Padgett October 22, 2014
It didn’t even let me play. It just kept saying “Check for update…”I would give 0 stars if I could…

Norsalmi AD October 4, 2014
This one.. you should try it yourself…then you know what i mean^^

Salma Akter October 11, 2014
Why is this game not workingon my phone

Keziah Nalukwago December 10, 2013
Won’t load and when it does load it freezes Please Fix

Evangeline Bayan December 26, 2014
I love this game so much