Awesome game. I like this i am addicted to it.but it us very good. 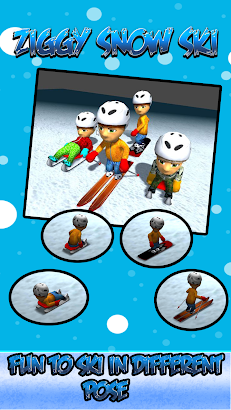 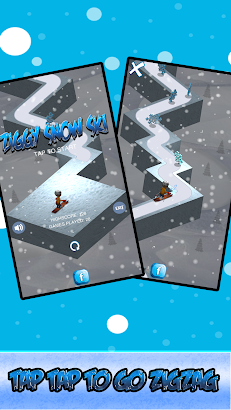 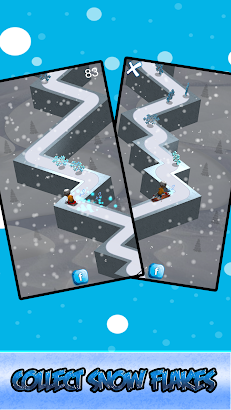 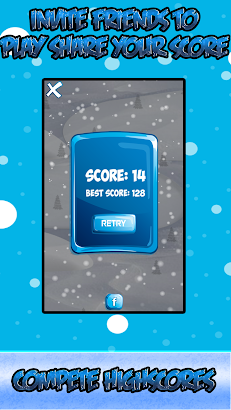 Who among us doesn’t like racing on snow game, snowballs, skiing and snowboarding? How much snow needs to fall to permit skiers to hit the slopes in search of a snow adventure?
Did you ever try an extreme ice skating rink, snowboarding or a free jet ski racing?

ZigZag Snow Ski the best arcade style Android game that puts you in charge of keeping Jack the snow skateboarder on the right alpine mountain climb for as long as possible.

It’s an endless snow line game that challenges you to last as long as you can and by collecting snowflakes to keep Jack the snow skateboarder in safe all the zigzagged mountain slope.

The aim of this snow rage game is to keep jack the gravity skiing hero on the zigzagged path, to do that you just tap once to go left and again to go right, As you continue playing, you’ll come across powerups in the form of snowflakes.

• Add Penguin Peaks, Jurassic Lark and Twister Canyon
• You will grab a snowmobile and do some jumps on the snow mountain.
• playing against your friends in the multiplayer mode and take on new tricks on both snowboards and skis

Who can play ZigZag Snow Ski?

ZigZag Snow Ski it’s accessible for any age. we bet your kids will love it

ZigZag Snow Ski don’t consume datas from your devices, it’s compatible with all phone and sizes.

If you like this game, please rate it and recommend it to your friends. e470d7e7da

Juanita Greene March 2, 2016
Awesome game. I like this i am addicted to it.but it us very good.

lisa ILuVmYcatz September 7, 2016
The concept is cool but I can’t control him. Unistalled.

Meetu Verma September 28, 2015
You may find this game to your liking. User interface is impressive and clear to users.The game is exactly what it should be. Keep up the good work

Sarah Munoz June 30, 2015
This one of my favourite games. It’s easy, fun and enjoyable. I would DEFINITELY recommend it!

madhu mitra June 28, 2015
One of the kind of game I love to play..Snow skiing in zigzag manner is so muchfun.. Endless fun..Waiting for more updates

Jacques Hall June 30, 2015
I’m Addicted to this game! So much fun! Works great on my phone! ? Hours of entertainment!

Jade November 7, 2015
Fun game that will keep you entertained for hours. Good for kids and even i play it.

Sandra Rouse June 30, 2015
Cool game for time-pass and challenges are very exciting. You should see it

Martin Gruevski October 16, 2015
Familiar interface from the developers but great change with thw snow idea. Very addicting and great for competing with friends

ali rashimi October 24, 2015
A great game to play in the mrt or bus hahahaha

Issam Prestwich January 10, 2016
Its realy good it should be childish its for children so stop you guys are acting childish!

Fan Risley January 9, 2016
I was playing for hours i could not stop.

mickey Faria January 9, 2016
I was playing for hours and I could not stop:D

Chaya Shanthpure June 28, 2015
Excellent endless game to kill the time..Just so much addictive..Enjoy playing it..

Ringo Bankhead January 10, 2016
This game is fabulous, fantastic I don’t have word’s to say.

Sharyl Park January 9, 2016
It took me a while to understand it but after a while i got it and it was

Terrell Emes March 4, 2016
I love this game! i really enjoy playing it and get high scores all the time

Starlene Mckerlie January 27, 2016
It is very challenging which Is good for my brain:D

Charmion Elliott January 10, 2016
Try it and you will like this as me:D