Save the HELL Store from pizza craving zombies and win HELL rewards! 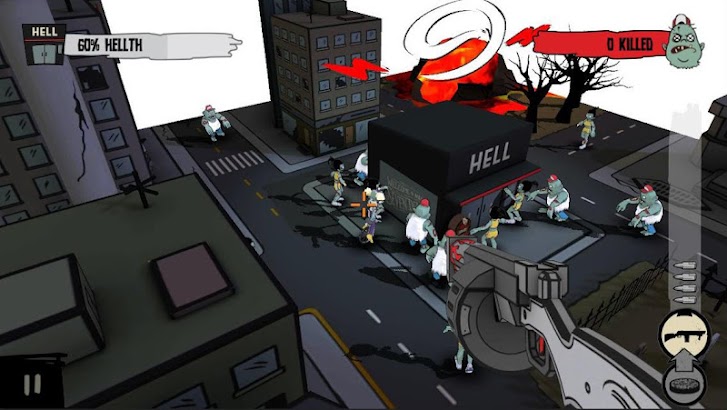 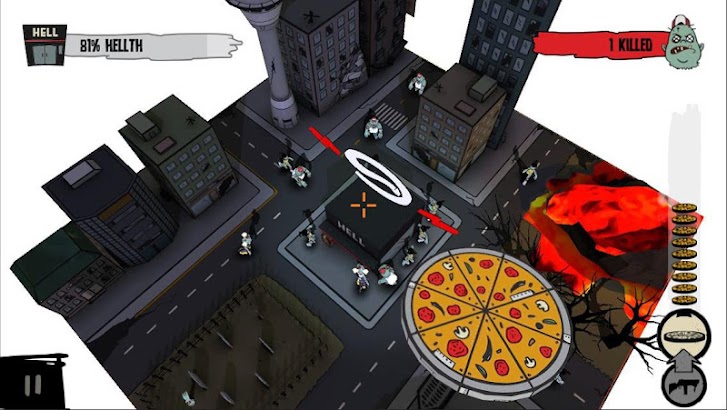 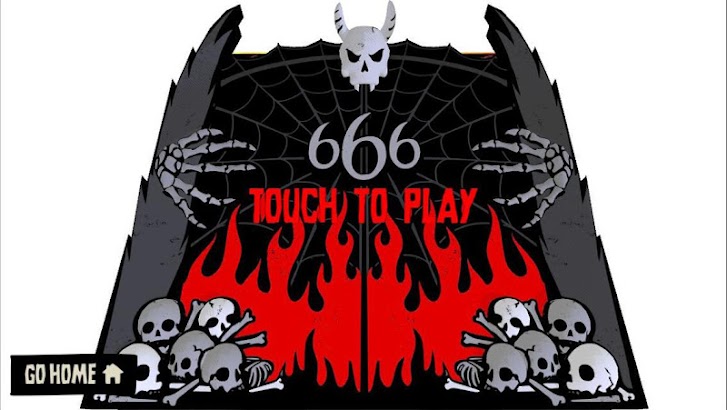 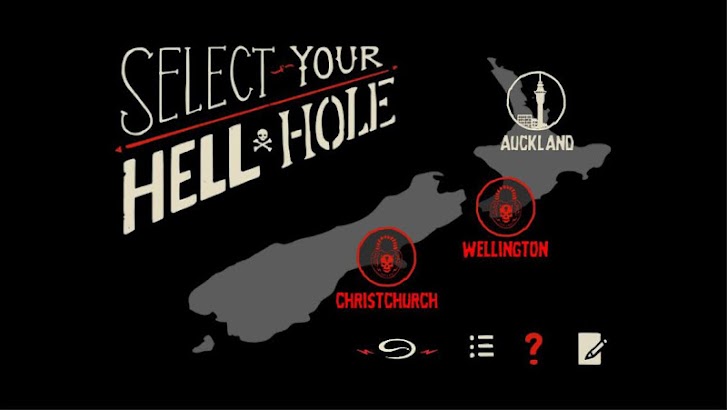 Save the HELL Store from pizza craving zombies and win HELL rewards!

The Zombie apocalypse has hit New Zealand’s major cities and HELL pizza is under threat. Save the HELL stores from the zombies and provide cover for the HELL Hearse to win rewards. With every reward redeemed a new city unlocks with weapons and zombies to nail. Go on, waste those zombies and win!

1. Now you can share rewards with friends !
2. New Tutorial level
3. Lots of improvements and tweaks

Lyrik Murray December 27, 2014
This is such a cool game but people don’t get it you have to have a hells pizza BOX to play other than that its a skuxx game and worth the download nz hells pizza game the best

Sam Coughlin January 30, 2014
As I said. It’s awkward to play, controls are weird and it’s not actually fun. You do get prizes but it feels like work rather than fun getting them

Wandering Bear December 14, 2013
What a dog of an app.It will not even play without scanning a pizza box, thrown it out?Tough.What to quit the app?Tough.I needed to use a taskkiller to get this dog to quit, and immediately uninstalled.

Alex Daniel November 27, 2013
Works really well on my phone, it’ pretty hard though – I keep running out of ammo… I think it’s cool that I can win a pizza, but I haven’t got one yet! Will keep trying! Nice one

George Armstrong December 21, 2013
(By the way, if you dont have a pizza box just get an image of a pizza box loaded on a device if you have more than one then use the other device to scan it. Worked for me but still kind of annoying to have to do that.) Finally, after searching for a bit when I found a suitable picture that would scan, I was even more annoyed that while you tried to relax and judt play the game anywhere you want, you actually had to hold your device right over the pizza box the whole time you played the game…

Scott Bovaird January 2, 2014
Spent about 25mins trying to get this app to work. Would not acknowledge that I had a pizza box.Having a generic comment of “point at pizza box” doesnt explain a specific part of the box or specific logo… I assumed it was the skeleton that would register but nothing I tried work.Tried a parts of the box, at different heights and angles.

Tee W-J February 24, 2014
This game is awesome!!! My whole family have gotten into it and we play it on all devices with no problems , definitely worth buying a pizza and cool as that the box turns into a 3D game. Love hells pizza

Avi Desilva May 3, 2014
They really did it right with this one! Pretty high quality application if you consider its just another part of the hell pizza experience

Tristan Buckner December 24, 2013
I get that this is to win rewards, but not having the option to play just for fun without the rewards seems rather lacking.

Developer One Fat Sheep November 27, 2013 Thanks for downloading, we are sorry it didn’t work for you. Could you please let us know at what point it wasn’t working using the Zombies From Hell pizza box and we will try and fix in the next update. [email protected]

Manda Jackson April 12, 2014
Website said download whilst waiting for order, order arrived but as it wasn’t pizza I can’t play the game.There needs to be an option for people who order non-pizza meals.

Christopher Kroukamp November 21, 2013
Always been a fan of hell pizza, keep up the good work guys.

Jon Bosma November 24, 2013
Got this game to pass time on the bus, start it up to find I need to scan a piece of rubbish to play. Cannot play without a used pizza box or Hell poster. Games are for passing time, if I have a pizza box around I’m not gonna be on my phone.

Jazmine W December 18, 2013
Seriously awesome, yes you have to use the box but stop complaining!! Its an awesome game and the 3D aspect is fabulous!

rebbekah cannons January 10, 2014
soo worked well enough til i actually played it right as the pizza box was opening on the game and it was playing it froze for a few seconds then reset my tablet making it run slow once it turned back on…fix the problem and once ive actually played it ill give you a proper rating since it seems like a decent game if itd work.i really want to play it since it looks awesome.

bradley wright December 14, 2013
This game is really cool those pizzas were really good when I won them

Sean Dalgleish January 12, 2014
Works well and is quite fun. Even managed to win a dessert pizza

Developer One Fat Sheep November 27, 2013 Thanks for downloading, we are sorry it didn’t work for you. Could you please let us know at what point it wasn’t working using the Zombies From Hell pizza box and we will try and fix in the next update. [email protected]

sebastian deans November 15, 2013
What a breakthrough this app is for companies in NZ. You guys have nailed it with the AR, seamless gaming and freaking hilarious.

Chris Deacon November 13, 2013
Shoot the Zombies and Save Hell Pizza so they can deliver to the Masses.Also win free product Great game lots of fun

Richard Stevenson November 13, 2013
The best game and loyality program ever made. I can’t put it down

Louis Meyer-Knight November 13, 2013
Very cool – unlike any game I have played before.