Parents Beware! Sexual Ads The game looks cute and funny but should not be given to children. This is ironic because it has no age restrictions. I have encountered one level during which a Sexually explicit advertisement was played, replete with links. I don’t know how many levels it has that does this but I am sure I’ll discover many.Parents Beware. 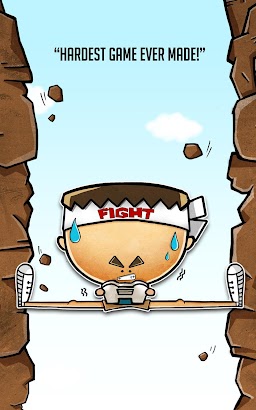 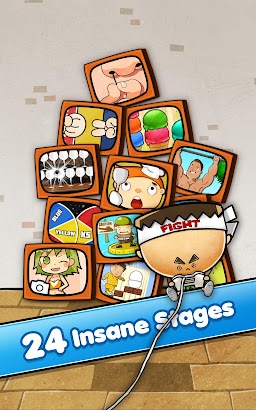 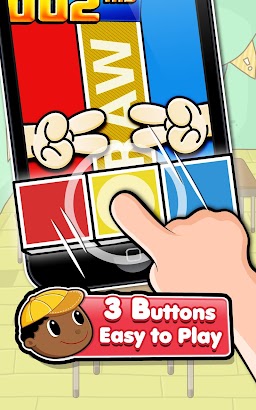 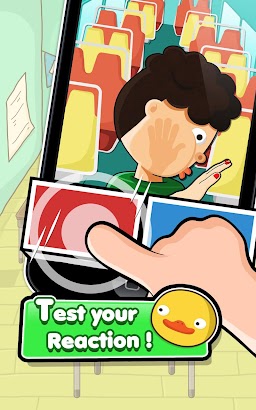 Hardest Game Ever 2 is a series of fun and exciting mini-game that measures your reaction time to the milliseconds and pixels! See how fast you can slap and how sharp is your reaction to catch the eggs before they touch the floor in milliseconds! Hardest Game Ever 2 promises to bring you hours of adrenaline drain! Challenge your family and friends and find out who’s got the fastest reaction on Android!

Fix on refresh issue when players topped the World Record.

Mom’s Spaghetti July 21, 2016
The game looks cute and funny but should not be given to children. This is ironic because it has no age restrictions. I have encountered one level during which a Sexually explicit advertisement was played, replete with links. I don’t know how many levels it has that does this but I am sure I’ll discover many.Parents Beware.

Andy C September 9, 2017
This app is fun but it apps dont pop up the game just brings you staight to the google play store to download which i am pretty sure is illegal. Also i dont remember a licensing agreement agreeing to this. I have also seen other reviews claiming that there are sexual explict ads and if this is true then this app is commitimg a crime by showing sexual content on an app that is rated 10+. Is there is sexual content the app must be rated 18 and up.

Denise Robinson July 20, 2016
Maaaan…. Ive BEEN playing this game for quite some time. It’s like a Love-Hate type of situationship with Hardest Game & I…. I keep running back to IT!!!

LeAnna Highnote April 25, 2017
I literally wrote a review, I hit submit and guess what…My review disappeared. I liked this game at first, but I cant get past a certain level. I was going to use the cheats and it said I needed one, but I could download another game and get 2 free cheats. I did that and played the other game for nearly 3 hours on and off. No free cheats. The other game is better anyways.

boss gaming July 31, 2016
My 6 yr old son is crazy for this game. He is always askin me to help him w/it, but i have just as hard a time as he does!! My MAJOR BIG PROBLEM is that after beating really hard lvls and getting enough stars to move ahead, the game wont work!!! I dunno why or how but its happend 2 times, both times i had to uninstall and re-install and start ALL THE WAY @ THE BIGINNING…..TWICE!!! I AM REALLY UPSET ABOUT THIS, why should i even bother to install is a 3rd time?! Son promotes ur game 2!! -ashleigh n gio

Jiemin Chua November 17, 2016
I really like it and it is great but could you please cut the advertistments such as toughest game 2? It gets very annoying when you keep on accidentally clicking the ad and end up at play store. Other than that, it’s a great game! Thx

UnknownNovember 24, 2016
Its a really great game but there is an issue after I log in to my facebook account, everytime my wifi is on when I open the game, it crashes… I turned my wifi off then It opens just well and when I open wifi while game is running it works just fine BUT I am no longer connected to facebook.. AND whenever Ilog in to FB, it says “You already authorized…” then it crashes.. PLEASE FIX THIS BUG

ashley rath October 7, 2016
Game is so much fun but lately the game won’t open after I play it and then close the app and later try and play. Sucks having to uninstall it and reinstall to play each time… **purchased Arcade version in the game and every time I have to uninstall and then reinstall I lose my purchase and can’t find a way to redeem my purchase and I’ve contacted the developer with no reply,really makes this Amazing application not worth having. ? Not happy.

Vallabh July 3, 2016
Buggiest game ever (specially that icecream level; whenever I tap fast it responds too slowly, but time is the only thing that doesn’t lag). Also it contains too many *adverts* I would have given it negative stars if there were such things

oka prendra yaska June 17, 2016
WTF, tomorrow my friend got top lvl on 2 stage, n then game cant be opened. And now i get same problem, cant open game after get 2 top world record. PLEASE FIX IT…

Prince K. July 3, 2016
Can’t say that the developers haven’t hinted it. I got to give it to them, there’s too many modes in this game. Good job either way

Foxy Sheep December 24, 2016
I loved the game but when I payedto have unlimited tries for my kids it didn’t work and I never received the ‘cheats’. My account was overcharged and I never got refunded either. Total rip off. Very sad. Otherwise it would have been good.

Kwan Yoong Zheng November 29, 2016
I break the world record in one of the stage, but it won’t upload, after that when I play again with WiFi is enabled, the game collapsed. So far actually the game is very challanging and playful.

akancha sharma June 28, 2016
Please change the system I’m getting more than pass point but not passing every time showing fail

Richard Chiu February 22, 2017
UPDATE: Paid to remove ads. It still get the ads for their new game.Most games are pretty good, especially when challenging your friends. But the app is excessive in its ads and nag screens.

THYE ENG SENG June 17, 2016
Although is hard, it is fun. You have to be patient in this game. Some people are addicted in this game so they lose temper when they lose. Dont get mad rate this game 4 or 5 stars. Thank you

just a passerby also dont follow me July 24, 2016
I loved it. So challenging and embarrassing sometimes. Hahahaha I hate being stuck esp. in Oh, I love maths. Its too hard to remember the covered numbers hahaha

Laquita Johnson July 3, 2016
I bought cheats for the game got them, the game stop working tried to reload the game, that didnt work so i uninstalled then reinstalled and lost all my progress please help.

salonee kandoi August 22, 2016
Is it the best game ever and it is fun and you cant get bored! It is very dynamic. I am constantly thinking of the next level while playing it. It is pretty good.

Gerald Henry November 19, 2016
Lots of challenges that come similar but different. Very frustrating but really worth it. I get a headache every 10 seconds but it’s worth it. Fun game. Only for the truly skillfull gamers. Highly recommended.

Lateasha Berli September 4, 2016
It’s a great game, challenging but not so much that you can’t pass the levels, might take a couple tries though.. its a truly fun game but one that also makes you think.. you can’t go wrong getting this game. A++ and two ?? !!!

Raghav production August 26, 2016
I give it3 stars because they give me 20.00 and I make 30.00 then also they say fail y I want answer and I am on photos show girl when I make 110 then I click on girl photo then also they said outtttttttttttt

Tre McDowall November 6, 2016
This game will get you hooked and keep you hooked. It’s my go to game when I need to kill time at the airport whenever I’m traveling. Recommended.

nora aida nurni September 20, 2016
You will never want to end the game once you started it. It’s so hard to win yet so eager to try! So try it!

Maria LD June 14, 2016
It is a really nice game and I can’t stop playing? but I am stuck on the ice cream mania level and I can’t win it I got too bored from repeating the same thing over a million times? plus there r tooooo many ads each time I win or loose the level u put an ad? but it is actually so fun to play even with it’s 2 negatives? oh and by the way this name is the best name for such a game?

Andrew Pantry August 27, 2016
This game really tests the limits of your reaction time. Even the seemingly impossible levels are beatable after a few tries.

Jonathan Alley August 17, 2016
Really fun game I got s onall but ice cream one and I can’t beat it is so hard I can beat all the others I thought they were supposed to be simerly hard

jasmine tamer August 16, 2016
Its ok but you need to buy cheats and its really really hard so why can’t you make onefree cheat

Mikey 20391 March 10, 2017
This game is stupid when I was playing the electric shock level it kept shocking me even though my finger never left the button unless the levy was pushed and it still shocked me

UnknownAugust 11, 2017
This is the most annoying game ever!! Dont install this stupidgame

Divyanshu Tewari April 2, 2017
I m really crazy about it. There is no another game like it to refresh your time at meantime. I m having fun with it. This game is very nice for challenging your brain.

Jacob Rodriguez July 3, 2016
Like it alot. Hard and challenging

Mohamed Omar January 14, 2017
This game is fantastic but I stopped at ice cream mania it’s not that easy but I loved this game ? and by the way,thanks for the cheat I skipped this level
Tags
Orangenose Studio
Facebook Twitter Google+ LinkedIn StumbleUpon Tumblr Pinterest Reddit VKontakte Share via Email Print