Make your princess look her best with this fun beauty makeover game. 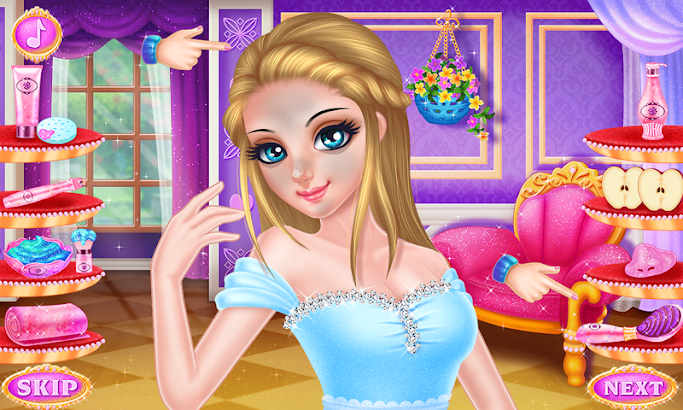 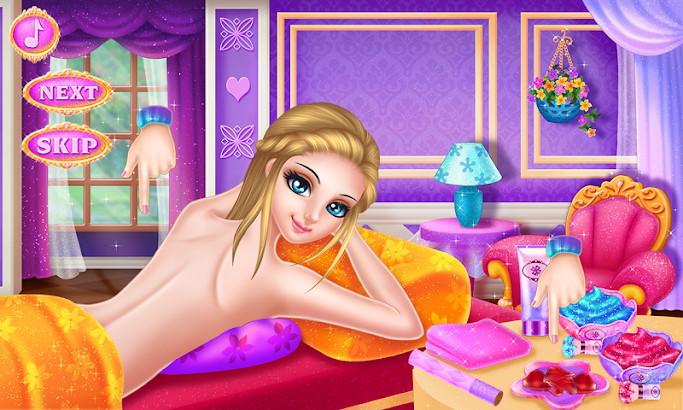 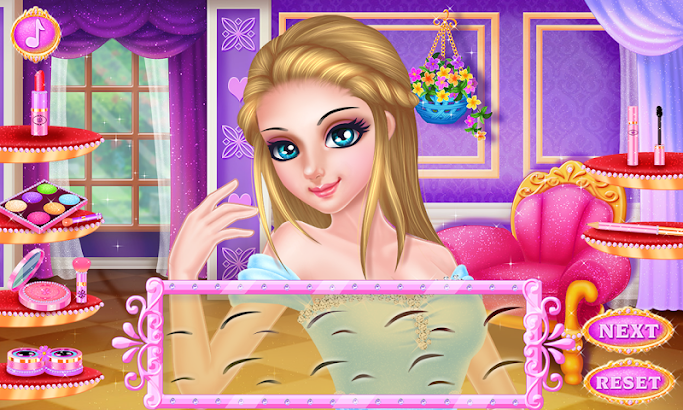 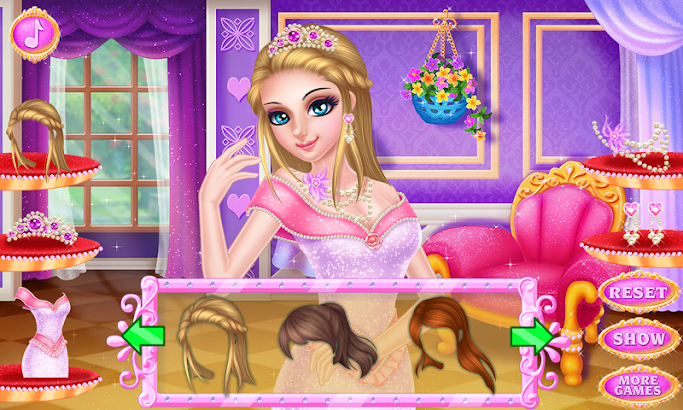 Being a princess means you have to look great at all times. Now you can easily make your princess look her best with this fun beauty makeover game. Here you will be able to clean and wash her face while popping pimples and creating a moisturizing face mask. Once you have cleaned her face and removed any blemishes then you will be ready to give her a beautiful princess makeover. You can choose to change her hair, crown, earrings, necklace, bracelet, handbag, dress and shoes to make your princess ready for her public debut out in front of her adoring crowd.

Lois Creasey August 31, 2016
It was a bit basic and easy but otherwise it was ok

gooop channel May 22, 2016
It’s not that much good that are others so, only one time I played it. It’s was not interested if u don’t know how to make games I can teach uthanks!

Amy Hopping February 5, 2016
I always say try a new game and if you don’t like then delete the game

Bertie Hawkes December 13, 2015
You guys need to download this game!

Tarini Mohapatra March 23, 2016
it’s a game i loved it is mindblowing and Amaging.i loved it

Charlotte Skeggs July 24, 2015
It didnt let you choose hair so you needed to make it.The sissors didint cut out fringe and it was iver dead straigh,mad curly or silly friszzy.

Aimee Telio July 31, 2015
Man many people are mad its not Apple White. Dude its says princess dress er whatever not EVERAFTER HIGH so shut up you like annoying 8 year olds.

Tracie Torres August 12, 2015
I love it because it is a nice dress up game to play

Alyssa Abobo July 22, 2015
It is not exactly what it SHOWS its not even apple white WHY WHY WHY

Michelle Galvan July 27, 2015
This isn’t about ever after high wat a rip of

Jasmine Rabideau June 4, 2015
this is awesome game but I can’t do the um.. pimple part it is really hard

Emony Richardson July 1, 2015
The pictures that it shows is not what I got fix.

amit sarin June 20, 2015
The first thing that you have any comments

kalilaa putri July 2, 2015
This is a cool game,because the princess are very preety…yayyyy ♥♥♥:D

Scarlett Hernandez December 26, 2014
I?this game??.But is hard to take of the pimples?

subodh khandekar April 5, 2015
I don ‘t know how to removepimpals

Generic User January 12, 2015
The game was different than advertised..

• ʜᴀʀʟᴇʏ • February 1, 2015
What does the purple thing do like it doesnt do anything

Laurel February 13, 2015
This is completely different from what they showed. It’s not Apple White at all.

Sandra Collins Collins March 5, 2015
This game is so much fun lol so so so much fun oh my god like we don’t want to stop playing.

KB Graff March 3, 2015
This is not at all like the picture what the heck
Tags
bweb media