2016 cookie recipe! Make and treat your friends with those sweet desserts!

I think it’s great and people should install this game. 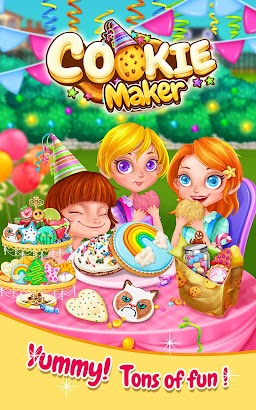 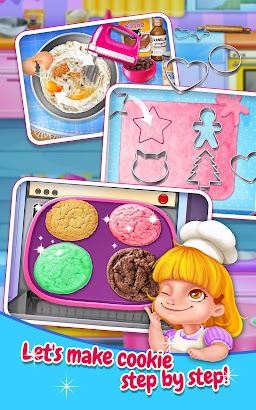 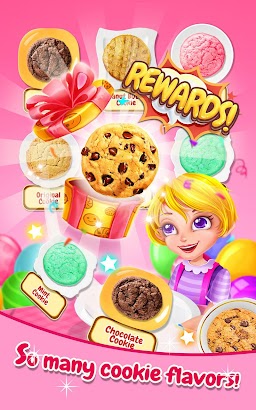 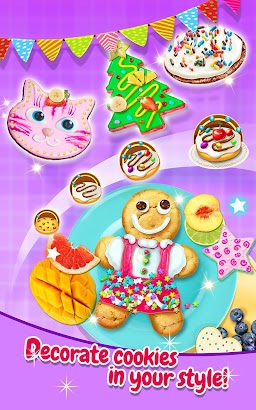 What a nice Holiday! Why not make some delicious cookies and treat your friends with those sweet desserts at home!
Just a few steps to make these chewy on the inside, crispy on the outside sweet desserts!

There are so many flavors for your cookie, like chocolate chips, peanut butter, mint,…and the most popular flavor STRAWBERRY for this season!
Choose your favorite cookie flavor and mix all the best ingredients together, bake the sweet cookie dough, and decorate them in the way you like best!
Add chocolate sprinkles, frosting, toppings and much more, just the perfect addiction to make your sweet desserts even more delicious!

Features:
– Cook your own sweet cookies with great fun.
– Decorate the sweet desserts in your own style.
– Get numerous rewards to unlock more popular tools and desserts flavors to enjoy double fun!

Michelle Liu March 17, 2017
I think it’s great and people should install this game.

aleesha barrier May 20, 2016
‘Cause its a cookie making game

dherraj hari August 22, 2016
There is no option for sound control

lauren hodgkins August 5, 2016
it is one of the best games ever

minecraft gamer September 20, 2016
I absolutely hate this game it won’t let me go too the next step. I have just deleted it and I’m not downloading it again.

Winter Williams July 13, 2016
Whenever I am bored I playthis game!

UnknownSeptember 28, 2016
My coison likes it he even makes a butt ?

Diamond Person August 23, 2016
Then the heart cookie i made it i put the frosting and the sprinkles on but when go to fruit i put bananas and i was done then it wouldn’t let me press next so glitchy but it does it almost all the time its fun but its glitchy so its okay…

Aadrita Sen May 18, 2016
The best cookie making game ever

Isabella Pry May 29, 2016
Is all aboutmaking acookie. I am so happy

D Jennings May 31, 2016
Had a great time playing this with friends

Veronica Ayon May 27, 2016
This app is incredible this app is amazing

Tariq Ganaie June 22, 2016
You should make thousands of games like this

UnknownJuly 25, 2017
Its amazing I recommend that if your lookin for a game where you make cookies you play this one

Victoria Hernandez May 28, 2016
Its really cool