Worked great….don’t get it in water if you do you can’t get back in it. 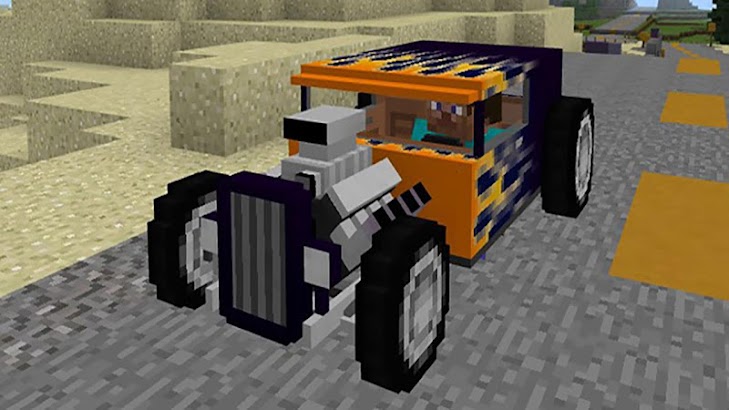 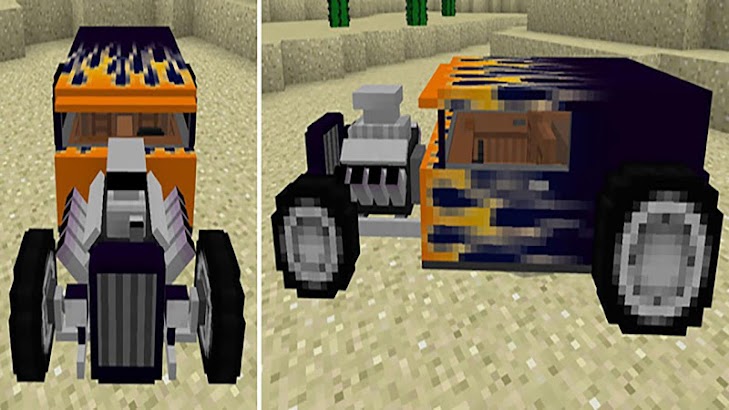 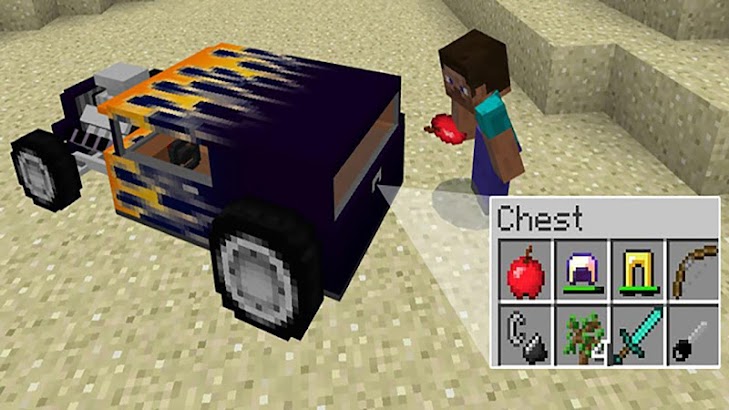 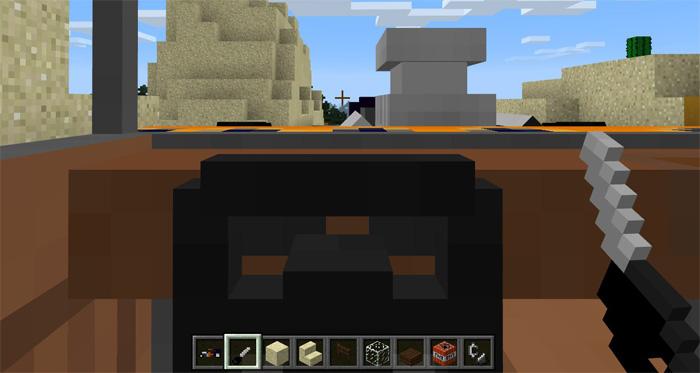 This addon for Minecraft PE adds to the game hot-rod – old classic American musclecars, easily recognizable by the large engine on the hood. At the hot-rod of this addon is MCPE fire coloring on whole body and vehicle model strongly resembles a real hot-rod. Although he holds only one person, the car has a large compartment for your luggage. Arrange with friends this American Racing in the world of Minecraft! This addon can be download free using this application for third-party installers without MCPE for Minecraft.

Install this addon for Minecraft PE is very simple!
1. Click «Install» on the next screen
2. Wait until the addon will be installed
3. Go to the Minecraft PE, choose «Сreate New World», or edit an existing
4. Click on «Resource packs» and select addon
5. Click on the plus and enjoy the game

Attention! This map is not designed Mojang. Minecraft is a trademark of Mojang AB. Note that we are not affiliated with Mojang AB, but we adhere to conditions set forth in https://account.mojang.com/terms AB Mojang

Dylan Nel September 22, 2017
The first time I have been a long period of timeHallo

toy bonnie September 22, 2017
With this mod i can travel anywhere!

UnknownSeptember 22, 2017
It didnot open at all

Edward Herman September 23, 2017
Its very good game now i have to play it again

Alex Matienga September 7, 2017
Get this game

UnknownSeptember 9, 2017
Hey there is cool