Compete in a spaceship racing championship through all the Solar System.

Good game I liked a lot! Every circuit is different, I think Tanhauser is the best one. What do you think? 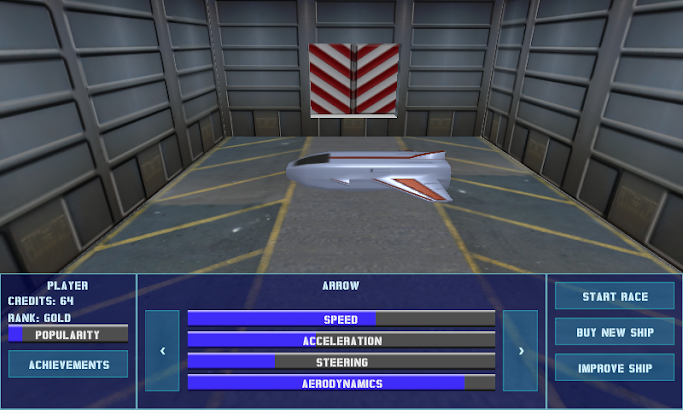 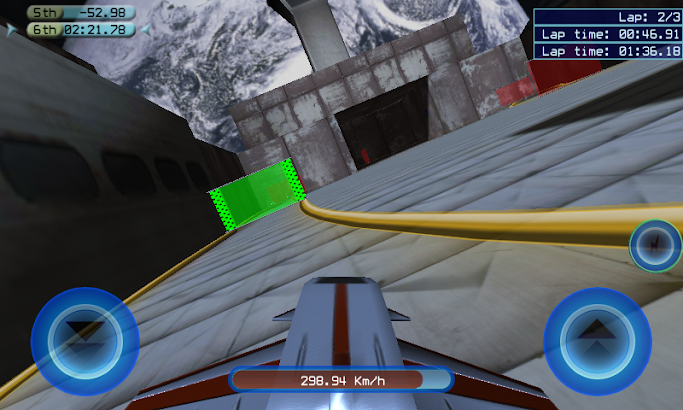 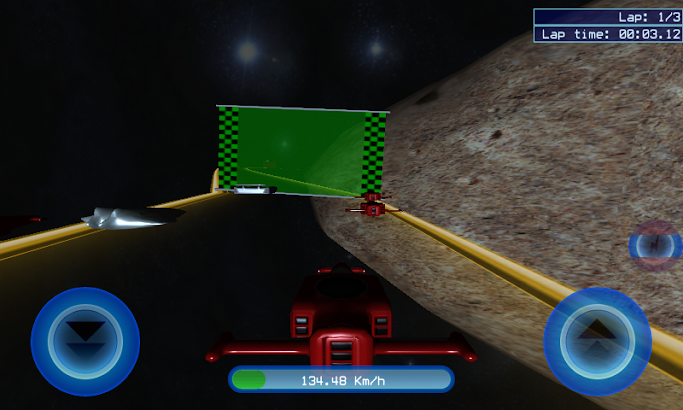 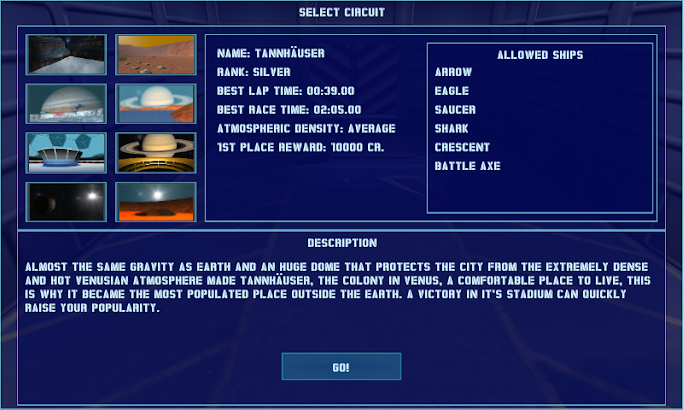 In the 22nd century interplanetary travel is a fact, and humanity started its expansion outside the Earth settling in colonies around the Solar System. The most popular sport competition these days is a championship where skilful pilots drive their ships in circuits placed in amazing scenarios.
Compete in the Solar System Championship. Visit Mars, the satellites of Saturn and Jupiter or try to get the victory in the stadium of Tannhäuser, the venusian colony.
Get victories and achievements, raise your popularity to get better ships and compete in higher divisions.

Albert Rose July 17, 2013
I liked a lot! Every circuit is different, I think Tanhauser is the best one. What do you think?

Louis Martin November 20, 2013
It’s quite a good game. Boost button could be easier to activate as you lose speed to press it.

Tomas Acereto December 12, 2013
This game in no way is HD. Horrible graphics and the controls aren’t user friendly. Do not download.

Jose Gomez July 17, 2013
At first it was ok but in races the ships would just cut in front of you like crazy and would make you lose.