A world full of adventures awaits you.Since the day you first met her.

Not bad Cute game and enjoyable, but remember it is still in beta version(i think).There are a few issues, but it is still playable and fun game.If your a monster musume fan, you’ll enjoy seeing some familiar scenes and dailog.You can actually get all three starter girls (I did accidentally, maybe a glitch or bug)and befriend the harpy from the first quest if you go back and choose to.Overall good game that need a bit more polish with more updates 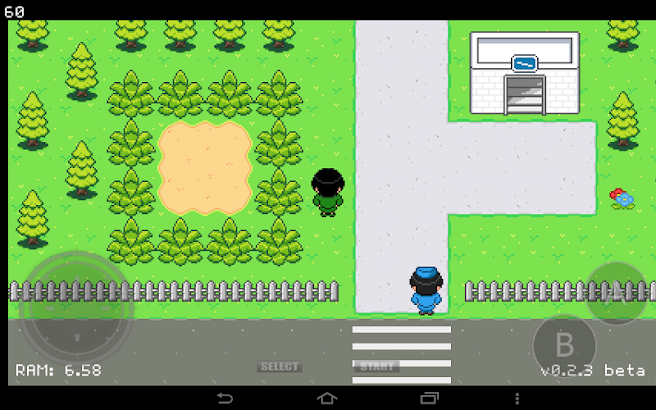 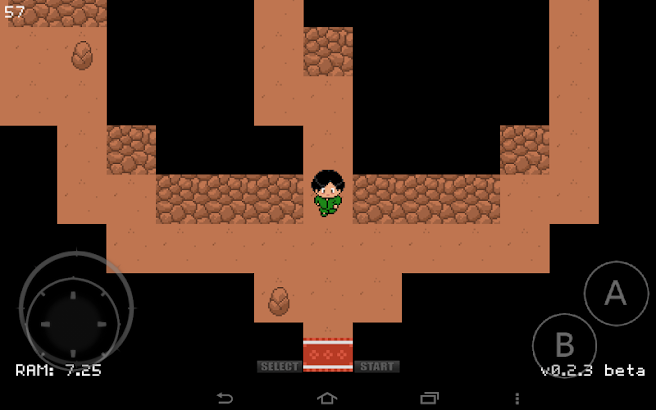 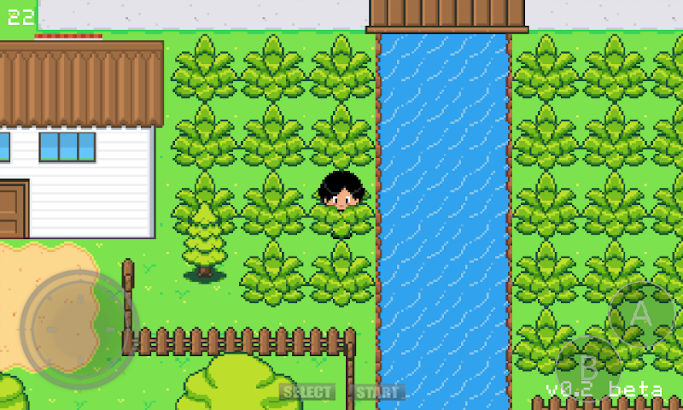 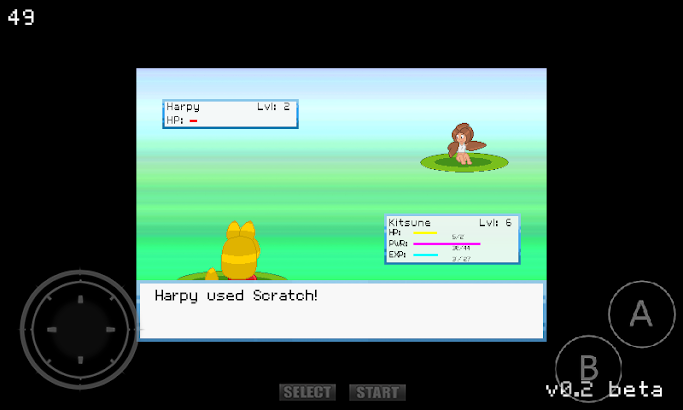 Steven Universe June 18, 2016
Cute game and enjoyable, but remember it is still in beta version(i think).There are a few issues, but it is still playable and fun game.If your a monster musume fan, you’ll enjoy seeing some familiar scenes and dailog.You can actually get all three starter girls (I did accidentally, maybe a glitch or bug)and befriend the harpy from the first quest if you go back and choose to.Overall good game that need a bit more polish with more updates

Smiley Weavile May 19, 2017
The game is great, a little buggy though. When you try to open the item menu in battle it brings up the phone and you can’t get it off the screen. The analog movement is weird, an arrow pad would be better for movement in my opinion. There is one building in the second town that you can walk on, which I’m not sure what happened there. The first time I tried to play through, when talking to Ms. Brown her text box stayed on screen with faded words and I couldn’t talk to other people or look at objects. I think it was due to trying to click through the conversation to fast. I would love to see this game continued

David C. March 9, 2017
This has a lot of potential. Although this needs a lot of brushing up. I know you guys are trying not to be too much of a Pokemon clone but taking inspiration from some stuff, such as terrain from Pokemon. No offense, but it looks very amateurish because the colors are too bright, unshaded and contrasting wayyy too much. I suggest you change the conversation font to Coder’s Crux, I think it would fit well as well as being free for commercial use(even though this is free.. just in case)I would love to help with sprites. Would you accept help?

Anthony Wyatt November 30, 2015
I had a lot of fun playing this! I love both Monster Musume and Pokémon so seeing a game that combines both is awesome. I really want to see more because from what I can tell, I already beaten it. Also, I think I came across a bug where I accidentally got 2 Kitsunes instead of one so I got two twin sister kitsunes, it was pretty cool, though. Not complaining about that. Please continue this! It’s one of the best apps I’ve played.

Devin Tegarden June 3, 2017
This game has a lot of potential for being great. I would make the character walk a little faster also you should find a way to travel on water cause I think someone would get bored just fishing for a monster. Speaking of monsters please add more. I can also see that it is possible to find an arachne, but I can’t find one please update soon this game so much potential that should not go to waste. And please add more monster girls!

Jeremy McLaughlin February 14, 2016
It’s a combination of two things I like, I didn’t realize it is a work in progress until I walked on top of a house. But so far really awesome game. Keep up the good work. Oh and I don’t know how I did it it but I got two of the starter I chose. Not sure if you already know.

Press Start February 19, 2016
I love the game play and the whole idea and creativeness of the game. There are problems like it’ll will lag at times and you can only get two monster girls at the moment. There is also the issue of kicking you out so you’ll have to save constantly. Since its still in its Beta stage, you can’t get very far sadly, but I’m psyched for the next update, I hope it happens soon

Miguel Angel October 26, 2015
Works well on my android it just takes some moments to load some parts. No problems for me. Though I wish that this “early” game wasnt so anti-Grass type. Lol. Looking forward to more, keep up the good work.

Jed Knights October 25, 2015
I will not lie, this is undoubtedly a “work-in-progress” game. Crashes randomly, lags when you make it to the second section, and the first person you talk to has their text locked on the screen if you used the ‘A’ butten instead of touching the screen to advance. (The reason for high score is due to hands-on knowledge as to how hard it is to make games like this. Most difficult part’s over; so long no new feature gets put in, which causes need to re-code.) Waiting for update… Do support!

Brandon Kline March 16, 2017
Like the ideabut controls and some prompt placements are bad, after getting another host license I koel another monster and it asked if I wanted her, I tapped on no and selected yes. I get it’s beta but controls and guineeds a lot of work.

redadeptrouge April 8, 2017
It’s very interesting. I downloaded it cause it reminds me of Monster Musume with that mix of Pokémon for the play style. I do have one problem with this game however, I have to fight with my phone just to start the game so I hope the next update will include a boot-up fix please.

Zyphur May 13, 2015
I’ve watched coders make these kinda games before. College was fun. Anyway keep up the good work I can’t wait to see it when it’s done. No crashes, took awhile to start it up, and it’s a bit laggy, but good for beta.

Nate Jones May 30, 2016
The game got a little slow at times, but it’s more than compensated for by the ease of play. One suggestion: The guy that tells you about stuff should tell you how to upgrade the learned moves. I beat the sensei character by just leveling up the monster girls. If I’d known how to upgrade the moves I probably wouldn’t have had to do that so much.

Dan Cobert February 6, 2016
Yeah, a definite work in progress.Just curious, this game IS still being worked on right?The devel hasn’t scrapped it yet, right?

Magic8Ball Productions December 22, 2016
As soon as I try to go to the park to fight the Harpy, the game crashes.

Hime Lee November 13, 2015
Incomplete…. If only you add more cities and make it longer adventure…

Jesse Legein May 7, 2016
Every time I try to raise honeybee to level 12 it crashes? And that sucks, since I really love honeybee

Marvin Cox December 9, 2016
Very hard to start. sometimes you have to try more than one time to start or use items. It goes black.

KaijuDialga March 2, 2016
The game is OK, but it keeps lagging on me and also deleted my save file, I hope you gives the Monster Girls some noises like from Pokemon while also give the player so healing items at the start of the games.

Jonathan Montalvo July 1, 2017
It is an excellent game and one I would gladly spend hours playing while mindlessly waiting for other IRL stuff to happen. My only question is…. Can the girls in the game evolve into hotter versions of themselves after a certain level?

Glenn Wooldridge November 5, 2015
I hope very much that this project is not abandoned. I loved every bit of just the short beta.

ARC Trooper 2285 Treadd June 28, 2016
Needs to get major updates. Had an Arachne join and it’s party sprite came up as N/A. Game crashes when loading the app short cut.

Meteorkeeper July 2, 2017
The game has promise but it definitely has a long way to go, it currently has really bad balincing issues, (it might be wise to nerf multi hit moves a bit) poor to moderate art, (i really hope the main characterchanges his looks at some point) the controlls feel unresponsive and i really dont care for the forced limiting of how many girls you can have at the start i want to catch them all. With all that said I am going to keep an eye on this one i would like to see how it evolves.

john gates August 22, 2015
It wont let me do the first quest after talking with the agent and walking east to the park area it stops and exits the game

hi bye March 29, 2017
The game is great i encountered a great glitch right off the bat but it is still a glitch when I got my starter I confirmed the choice but text started overlapping I clicked no thinking that it ment nickname and it popped up a third time I clicked yes and the text started working right again but I had 6 of the starter that I chose after I saved and went back to the game after reloading they were still there and they don’t mess with the game play so please let us play with the glitch until it needs to be fixed it made a nice surprise and fun to play with keep up the good work also the rivals reason for being a thing is a little unique and I love it

manuel villarroel November 29, 2016
you talk a second time, in the second text box press select and then start and move to the left. free movement and the box stays floating. even if you open another menu.

Brandon Patts October 7, 2015
This is one of the best fan made games, and it includes two amazing fandoms. Pokemon and Monster Musume. The two together is just genius. You must finish and update whenever possible.

Matthew Dell February 17, 2017
Bug. If you restart an game without saving you will have threestartercharacters

Thomas Garner August 1, 2016
This game is great and I would love to see where it goes, and the few bugs I had with the game didn’t retract from the experience.

James Barefoot July 30, 2015
I love this game. Reminds me a lot of Monster Musume. Great game. Please keep it going.

Santino Hernandez August 28, 2015
Every day I play the game gliches me out

Mad Law February 19, 2017
Could not even leave the first area for some reason, so I really didn’t get to play much of it.I could go to the ruins but could not go the only other way I could go.

Lobstrus The Malificent July 25, 2017
Such a cool game, only reason the ratings are a little low is cause its in beta still. Cant wait to see what this game could become

cargo Fox January 20, 2017
The games is good and well made and it’s pokemon themed and everone loves pokemon I really want to see the full game and I want to evolve my monster

exavier13death May 29, 2016
Its sad that the maker of this great app just abandoned it. Lowering my rating…