Ecellent It is very good there should be a number 2 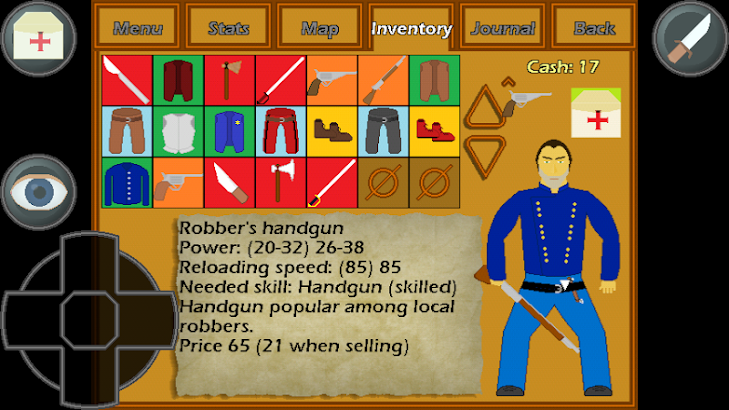 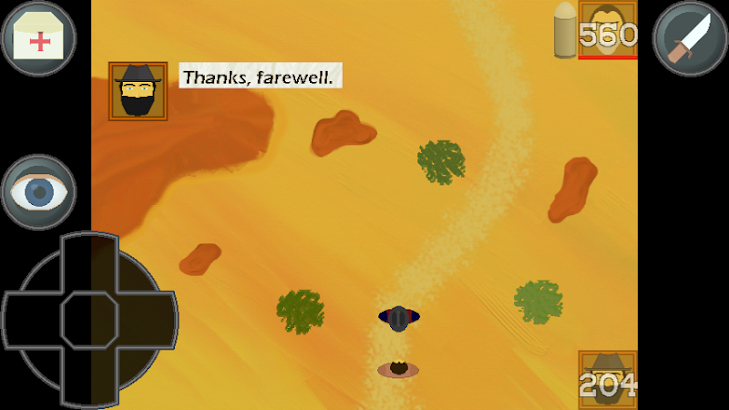 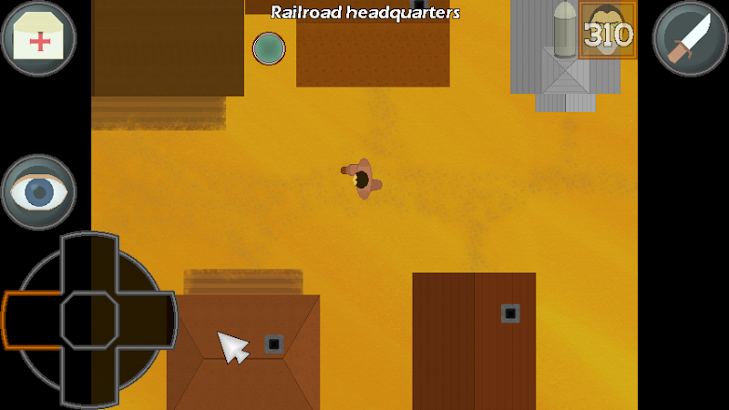 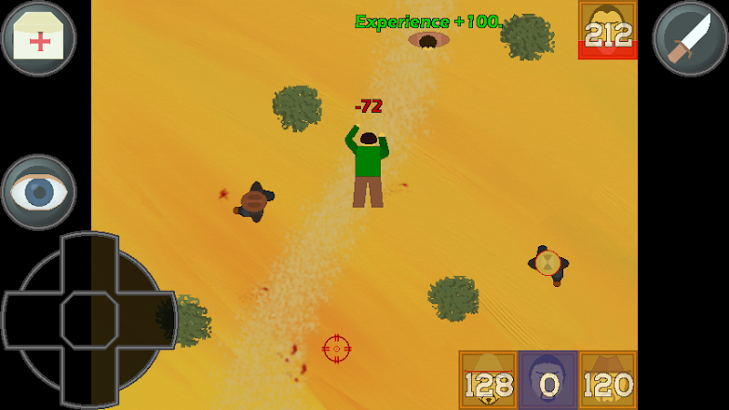 The game is now freeware – however, you can donate money via PayPal if you want to support the author!
https://www.paypal.com/cgi-bin/webscr?cmd=_s-xclick&hosted_button_id=DNWFABHA9PBJW

FEATURES:
– hours of gameplay
– two completely different endings of the main storyline
– many sidequests, from bringing outlaws to justice to play-acting
– possibility of choosing your own style of play through skills and items: anything from an agile sharpshooter to an unstoppable gunman wearing armor of a long-ago forgotten conquistador!
– explore the village, reservation and hostile desert surrounding them both

Jack Smith used to be a common thief until his path carried him to the village E. Lee, where new railroad had been in construction. He decided – not completely freely – to help. Will he keep his word, or will he help the bandits to destroy the railroad?

Tired of all the games with no story? Download Only the Good Die Young RPG and enjoy the main storyline together with many sidequests!
Tired of all the free-to-play games? Download and play as long as you wish!

v 1.1.0: The game is now freeware!
– Also, some changes have been made in the fight script, improving the collision detection.
v 1.0.0: first release

Developer Lobster Interactive May 7, 2014 Thank you!
I don’t have much time right now as I am in the final year of high school, but I have started a new project – not a sequel to this one, even though it will be a similiar type of RPG – just with bigger world, more possibilities and much better graphics. ?

John Dungeon November 8, 2016
Awesome game, even with simple design, i enjoyed every single second of game, you should update it or make a part 2 ??

Developer Lobster Interactive November 14, 2016 Thank you, I’m glad you enjoyed the game! Did you manage to finish it?
I decided to make a turn-based game and now I’m trying the system on this one. Here are some screens:
http://imgur.com/qDJtzjd
http://imgur.com/gEfnIqh

Makaii Melissa September 17, 2013
the settings were really bizarre, even for me as an amateur programmer… more to the point, why was I setting up developer parameters before even playing the game?then I tried to play, but nothing really happened.

Developer Lobster Interactive September 19, 2013 It crashed when clicking the launch button? If so, it may be because your expansion files are corrupted. Try reinstalling the game or deleting file with extension “obb” on your device storage: Androidobbcom.bigbluecup.android.onlythegoodrpg
The problem never occurred during testing and everything should work after reinstalling. Hope I helped!

Kelly Dority April 6, 2014
It’s janky but there is plenty here to like. It’s also free and the ads aren’t obtrusive so try it out.