A truly sweet game with awesome creatures to collect and puzzles to solve!

Why it keeps loading and loading for just a minute? It keeps giving me an error. Maybe I have to uninstall and reinstall. Please fix. 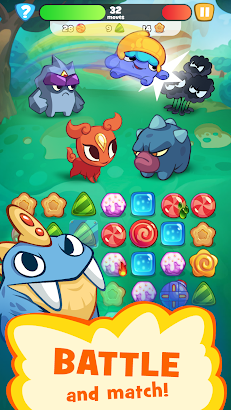 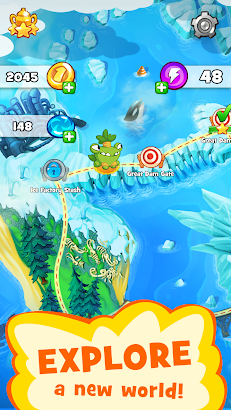 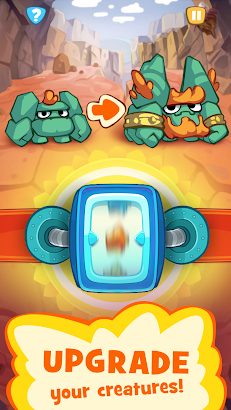 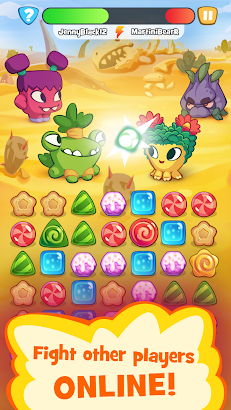 Hundreds of fun levels to play, awesome creatures to collect and puzzles to solve!
Gather your own unique team and evolve your cute creatures into a powerful force.
Challenge other players to a duel in our Arena!
Come and see for yourself – our challenges are tough, but rewards are so, so sweet!

Sweet&Sour is FREE to play!

FEATURES
✔ Fun and captivating matching gameplay!
✔ Explore a vast world with over 150 levels!
✔ Fight against other people in our Arena!
✔ Collect colorful creatures and build your very own team!

PAD&mariofan fanatic2017 May 5, 2017
Why it keeps loading and loading for just a minute? It keeps giving me an error. Maybe I have to uninstall and reinstall. Please fix.

Laura Spring September 18, 2016
Aw man, I lost everything with this update!I like the new design, but it sucks I have to start over….

UnknownOctober 3, 2016
I think it is a good matching game. I would like to see more personalization and variety in monsters, though. But it is a good and decent game.

Tallie Moffat August 1, 2017
wont let me load the game or even start it. i loved the game when i had it last but now it wonl let me play ?

Xander Penny September 16, 2016
This game is sooooooo good it’s a mix of Pokemon and candy crush

king valor October 9, 2016
I love it i cant stop playing this and stuff

Johnnyn Navarrete March 20, 2017
It need more ways to level up

Jetaime Schelker October 29, 2016
This game is really fun and still has cute characters to interact with

DJ Pandas September 23, 2016
If you liked cut the rope you will like this

Rosalina Garcia August 31, 2016
THESE UPDATES ARE SUPER STUPID!! YOU MESSED UP THE GAME! WHAT HAVE YOU DONE? I’MDELETING THIS!! Stupid game!

Lexi Atel May 14, 2016
Been playing this game every week, and I love it. It’s easy in some parts, yet hard in others. The evolving and upgrading of creatures is neat, and I like how you can build your custom team– just don’t sell those collected critters! In certain levels, you may end up needing them! Anyway, for every other battle you do, you get an offer to watch a video and earn candies, I use these candies to buy those crystals to upgrade your creatures, they get scare after 70, as it’s harder to get 3 stars.

Brian Merkle May 10, 2016
Its laggy, flawed, but can watch videos unlimitedly to gain paid funds.Needs polishing in sound, framerate, and general resourse-wasting bugs. 5 for personal joy of yoshi cookie all day.

Damien Flanagan May 6, 2016
It is an addicting game to play but has a few issues that need addressed. For me the game freezes in the middle of a battle and after a minute or so it will tell me I lost the battle or it’ll just reset the game and I’ll be at the next level without all the extra stuff you get from winning the battles. Other than those issues I enjoy playing the game. Like the battle system and the strategy aspect of it.

Kerstyn Webb May 9, 2016
I used to love this game, but the update sucks! I absolutely despise the gameechanics now, I don’t want to pull the row around, I liked being able to make the chain. It was so much better and more unique! This is awful. Will not be playing anymore.

pat abernethy September 5, 2016
With the new update, you’ve made a completely new and very different game!! I really liked the original, and had made it to 2nd place– now, all my time and results are gone, along with the time and effort others have put into playing this game. I don’t like this new game at all and I don’t imagine I’m alone in feeling this way. I’m not deleting at present, in hopes you’ll change it back!!

KE Pickard April 30, 2016
This game is great… if you’re 5. It requires absolutely no thinking process, it is not hard to become number one in the arena. Sucky game. Stupid name too.

Kandice Weaver May 9, 2016
Lovely game and can be addicting but it crashes out too often and the graphics are not properly rendered….other than that it’s a great game

Jerry Brannon May 16, 2016
Easy n fun game….I like that they automatically give you 3 friends instead of me trying to get them myself…. the loading is a long process but it’s easy to work your way up.

Aimee Ladd July 3, 2016
It’s more complicated than just the typical match 3 to clear the board. Strategy is needed, but it’s not over bearing.

The Grumples May 10, 2016
This game is a bit laggy but very nice. Reminds me of cut the rope and the old game chuzzles.

Kiera Torres May 1, 2016
freezes up occasionally which sucks if I just won the level

Kevin Dismuke April 29, 2016
Addictive game though the recent change is not as enjoyable as previous versions.