Incredible locations and stunning bus driver simulation graphics. Get on board! 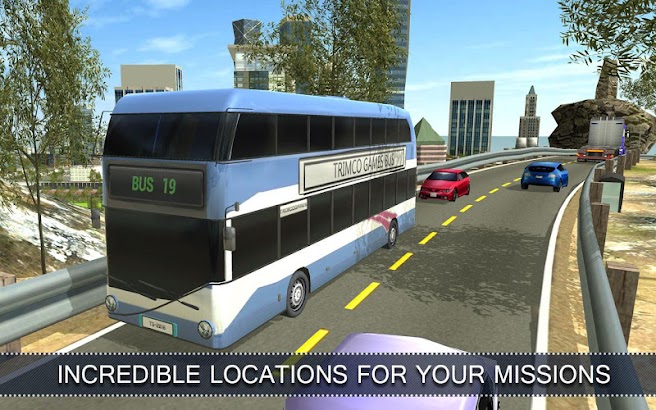 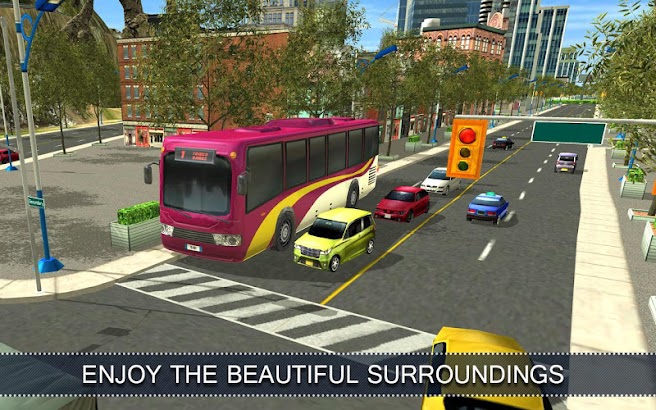 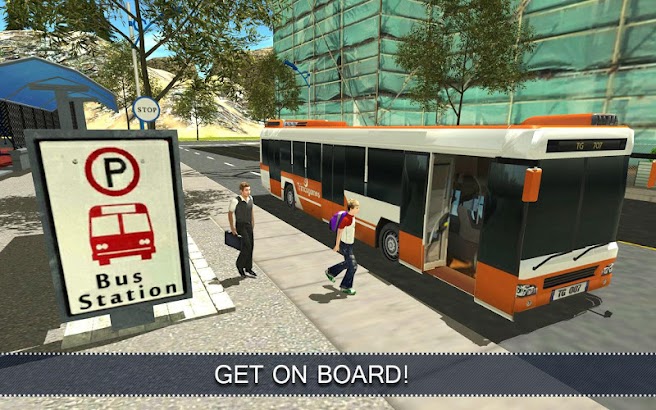 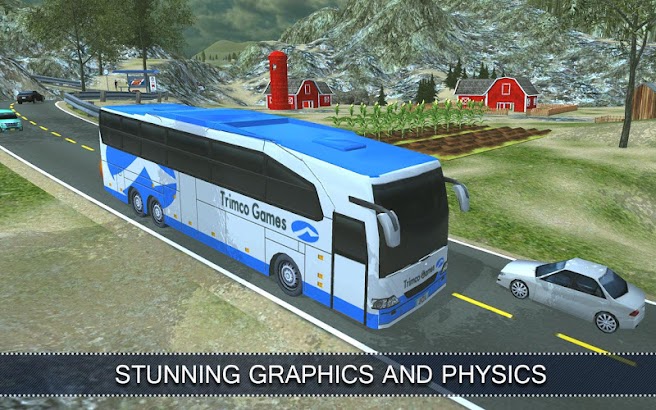 PUBLIC TRANSPORTATION GAMES HAVE NEVER BEEN THIS MUCH FUN
Get ready to experience the ultimate simulation feeling. Be the city bus driver in this bus simulator game. Mobile simulation games have never been this realistic. Are you a skilled enough passenger driver that can complete all adrenaline filled missions? If not, don’t worry. Just enter the free ride mode and practice your bus driving skills. Once you think you’re ready simply switch to career mode and let the fun game challenges begin!

YOUR PROFESSIONAL BUS DRIVING CAREER STARTS NOW
Drive around in one of te best looking locations and enjoy stunning simulation graphics and physics. Get ready for some city bus driving, mountain hill driving, drive at night and unlock and collect all the beautiful commercial busses. The details are really incredible! Get on board and enjoy the ride!

*** ANY IN GAME PURCHASE WILL REMOVE ADS FOREVER ***

We’re on Twitter, Facebook and more – find us on your favorite networks to hear about our newest games and other news updates:

tze yuen ng August 30, 2017
I’m juststuck at level 36 after up date the problem still there tired of this game gonna bin it soon

Developer TrimcoGames August 15, 2017 Hi, we already fixed the bug you mentioned. Please update it to version 1.8. Please continue to support us. Thanks again. ^_^

murali krishna September 4, 2017
I hated this game because it was so easy to control and levels are very short

UnknownAugust 22, 2017
It is very fun to play it’s like your really driving

Jitender Kumar September 28, 2017
In this game the buses are of grain countries ????

Manish Karnik October 4, 2016
I have downloaded and reached level 36 but unable to complete level 36 since the yellow marked parking stop in the depot is found to be in the sky and not on ground. Seems some software issue. Request you rectify the same. I have tried this level 4-5 times.so that I can rate it in positive side.

mahesh mistry September 9, 2016
It is amazing that there are options that we want steering drive or tilt or side ways button because in other games I am not getting these things so I liked this game.thanks

I love Arriva Solomon tetteth and Anime November 7, 2016
Love it I don’t know what people are on about saying it lags and s*** like that cause it doesn’t it’s actually one of very few decent bus simulators out there.

Randy Carl Altstadt July 20, 2017
Not as smooth as other bus sims, extra effects makes up for that. It should be a fun game when I find out what it can really do.

Faiza S November 23, 2016
Couldnt stop myself without rating this awesome game. Awesome graphics and exactly the same i wanted to play !!

juan pablo corzo September 11, 2016
Its actually true good graphics and loving scenes I love driving and I lo this game

Blessed Darkie February 11, 2017
It is good but I don’t see any cars may be in a higherlevelI DON’T now

Raphael Chibunda December 8, 2016
Liked it but improve the graphics and if I am picking up passengers add more not only two

Malishia Phillips November 19, 2016
you can do everything on it part from people give u money and u giving them a ticket …

Michelle Hoilett December 20, 2016
This game is stupid I rather barbie more than download this game…..

Nanditha Bhavana January 18, 2017
Good game but you can keep some more distance of the bus stop this is my suggestion to you

UnknownNovember 25, 2016
It needs to be fast its true acording it might mame a few money

Milly Mahon February 4, 2017
It is a great game.The only think i dont like about it is the graphics are terible

Indu Ramesh October 4, 2016
Hi all just played this gameyou will enjoy a goodness

Secora Evans January 11, 2017
I loved this game you should download it the people are nice they say hello

Diamond Dunson Crutcher October 15, 2016
This is a cool game it gives you time to do what you need to

Mohit Madan January 5, 2017
This game is good but bus stations are so near in the game and so many ads.

Sunil Kumar September 11, 2016
For kids the best game to play

UnknownJune 29, 2017
This game us very loded and graphically problems in this game pleased don’t missing the game it’s see you on.;

Kaya Castillo October 5, 2016
I like that you cango different places

Varshini Kannan May 4, 2017
super game. but it isvery easy. should b a little tough.but v.gd game