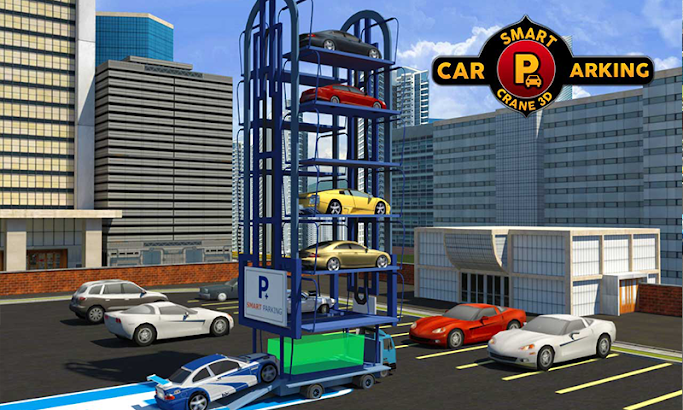 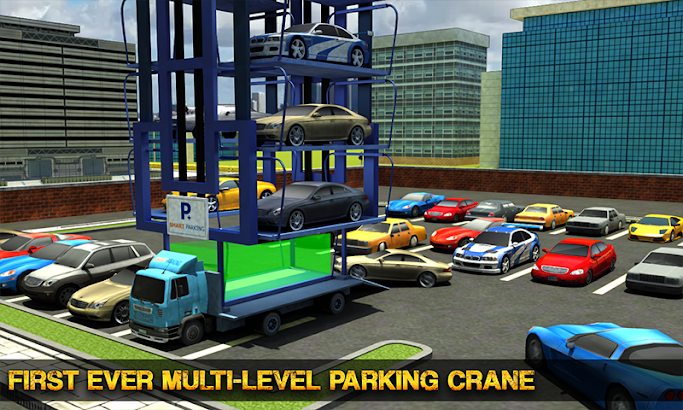 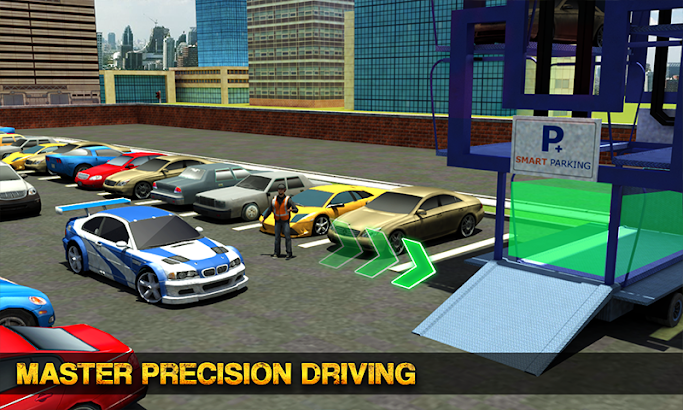 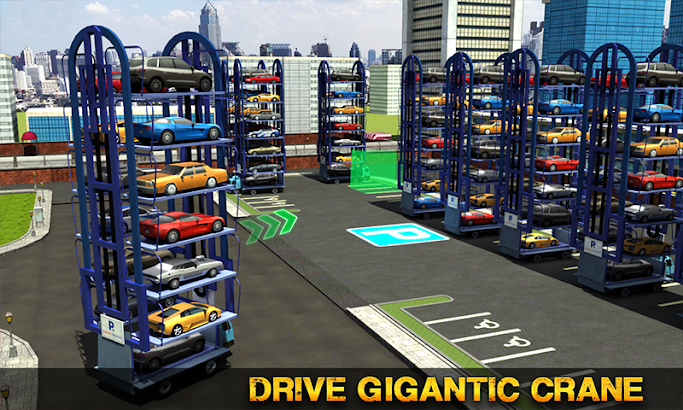 Smart crane is an automated system to handle impossible parking problems. This elevated tower crane can be ideally installed in US cities to provide a reliable solution to prado car parking problems. Vertical car park crane is easy to operate and a great solution to big city traffic problem outside american shopping malls or kids school. This giant mobile parking crane can be relocated anywhere near skyscraper buildings or multi-storey plaza. Multi-Level crane consumes space of two classic car parking lots. You can park 13 cars at once by rotating station parking spots using lever.

Thanks to you guys for overwhelming. Your feedback helps us improve our games. We have made some fixes in this update:
– Less Ads
*** Reported issues in 3rd and Last Level have been fixed (thanks to you guys for reporting the issues)
– Realistic car physics implemented
– Flawless driving controls
– Gigantic crane physics improved
– Immersive crane sounds added
– Critical bugs fixed
– Environment colliders fixed
– Gameplay improved

kittykat 2005 August 19, 2017
I think this game is good but could do with a bit of improvement on the steering techniques

Matt Gotti October 8, 2017
It just wasn’t good, don’t waste your time on a game like this.

UnknownJune 12, 2017
It just crashes when you start driving DON’T GET THE GAME

UnknownJune 17, 2017
In every level same thing. It gave me aheadache.

drifty Velur July 21, 2017
To many ads! Make the controls easier

Greggory Sullivan May 10, 2017
Sucks on so many levels

Developer Reality Gamefied August 29, 2017 Would you be kind enough to define those ‘levels’? We would try our best to not suck anymore. Thanks for the feedback!

Will Townend July 15, 2017
This game is completely terrible. It took 10 mins to start and then it constantly crashes and on the odd occasion when you actually start a level the gameplay is absolutely rubbish. DO NOT GET THIS GAME

Diane Chlebanowski April 26, 2017
Close to impsible to drve and have ONLY 3 CHANCES wotch i found out the hard way

Shayna Frissora May 7, 2017
This game is an awesome game. I would recommend it because the controls are good the graphics are great and the the whole game is awesome.

Joel Jaison George March 23, 2017
It says that the game has unfortunately stopped

UnknownApril 3, 2017
It’s an interesting game But good to hear about it is I like that