Play with these amazing Apocalyptic Bonuses the Tsunami and Meteor Shower. 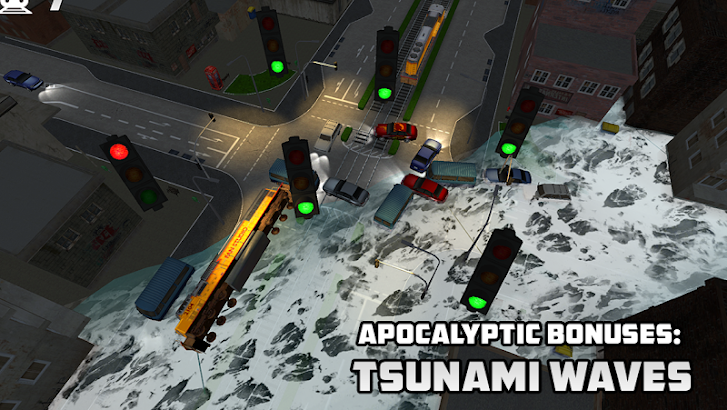 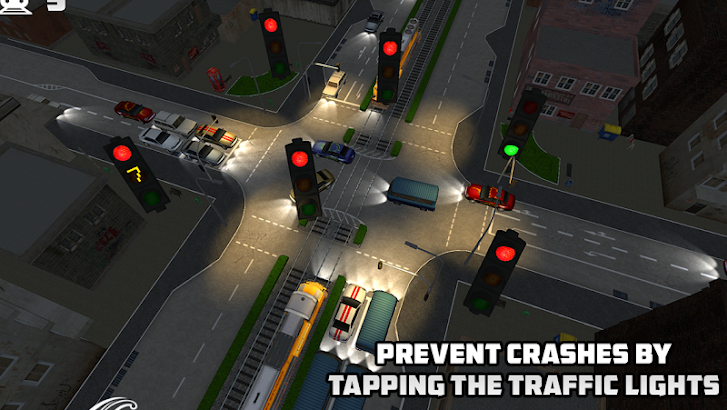 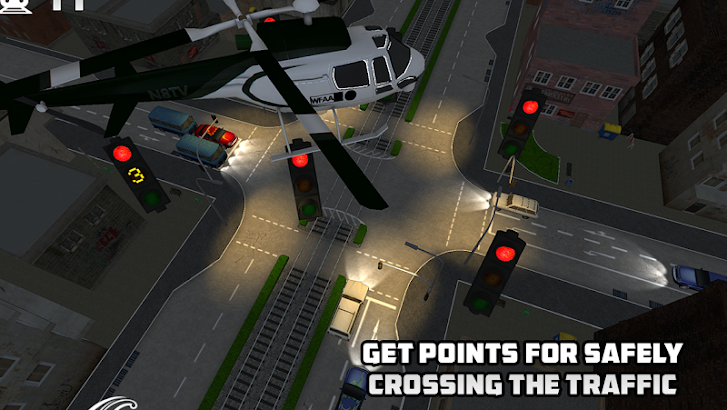 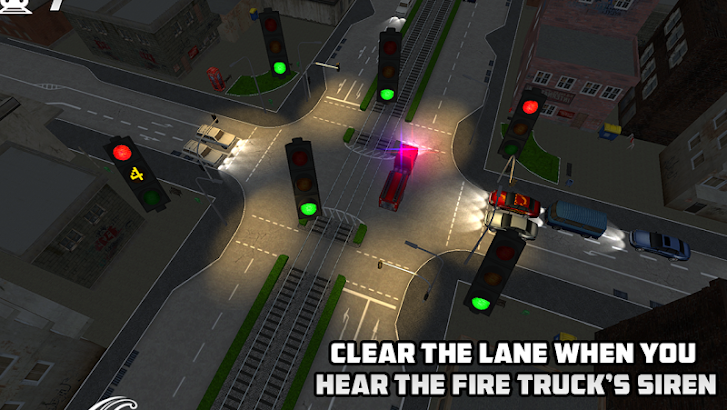 Play with these amazing Apocalyptic Bonuses: the Tsunami Waves and Meteor Shower.

Keep the traffic flowing, avoid huge car crashes and see how high you can get up on the leaderboard in this totally addictive 3D game.

Do you think you can make it? Think again! As you progress through the levels the traffic lights become time controlled and do not stay red for more than seven seconds.

UnknownSeptember 22, 2017
Hey there is some train crashes but also this game is a maggot

Ramanpreet Bal August 23, 2017
Can you add a mode where you dont need to safely cross!? add a rampage mode were you crash cars please add this!!!!!☺?

Nate Piper July 27, 2017
I’m trying my hardest to bet a half hours with that app

D Comz March 10, 2016
The full page ad pop ups are annoying and the auto green is throwing me off a traffic controller should be in total control of when the lights turn green. Uninstalled the ad pop ups where driving me crazy. I don’t mind ads on free games but ones that interrupt game play I’ll pass.

Rahul Gupta April 29, 2016
Overall good game worthy of 4 stars but after some time cars jump red lights causing collision and ending game. Also cars travelling parallel to train dont turn left or right instead they travel only straight (probably its like that by design and not a bug). But need to be looked at.

John Moody May 3, 2014
Very addictive gameplay but the pop-up adverts appear with an annoying frequency – often while in the middle of playing, ruining what could have been an excellent game worthy of a 5 star score.

Developer Fan Studio May 7, 2014 Hey John, sorry about this but this is the only way we can monetize our work! Otherwise the game would be paid.
Thanks!

Harith Mohamad Nasir July 1, 2014
Please improve it, cause I hate those ads. Please get rid of ads. Please I’m begging you. I’m giving 5 stars for it.

Olga Hart May 17, 2014
I played this game on Galaxy Note 3. I like it. But after 10 min playing cars start to drive through the red light. When I played on IPAD 2 that has never happend.Could you fix it for Android OS I love my Note 3

Cj Natan July 28, 2014
I would have given it 5stars but if I selected not to have sound, I would have expected to not have sound… Please fix the airplane crossing sound when sound was set to off and I’ll correct my ratings. Otherwise its an enjoyable game:-)

T4TIC4L Trigger December 23, 2014
Its always the same thing I mean really just really like the way to do it is not be so messed up with the game.would’ve made it five but it’s three.

Isaac Banda May 9, 2014
The game is addictive,however ,the fire engine needs to be improved,as it tends to slam into other vehicles. Vehicles travelling parallel to the trains, none of them turn right or left, they always go straight. That needs to be looked at

Alex Torgerson January 15, 2016
So good but I do not like how wen you buy features you use them then you have to by them again but very good download addicting

Zuber Khan October 5, 2014
When I play this game it would skyblue light on the screen and game continue and after it problem game is over. Please Fix It. Because Game is Superb.

DISLIKE MY VIDEO!! November 13, 2015
But you should add a destruction mode plzzzz ?

DD Ribbs May 13, 2016
It is a great and addictive game but as soon as the action is about to happen a blinking add shows up!? not impressed with that

Alec Burlingame July 20, 2015
If there was no timer on the traffic lights and there were no planes and helicopters I would rate five stars

Nikhil Makhija February 1, 2016
Whenever the score crosses 300 vechiles movies when the signal is red.

Claire Casey June 23, 2016
This is a very addictive game but I don’t know how to clear the lanes when the Fire Engine comes you should put it into the how to play.

Jesse Avalos January 1, 2016
I Like it But it Takes a Lot of Time to Get The disasters. And I Don’t Like that. But The Game is Awesome!!

Jamilla Begum November 26, 2016
The last time I played was in 2014 and it didn’t have floods itis the best I would give 5 stars

EpicNDP RBLX March 28, 2015
I never get disasters but I can it has awesome crashes and graphics people who made this game are Epic!!!!

Anthony Pond October 29, 2014
could do with more powers like earthquakes volcano eruptions

Sneha Soneji January 3, 2016
I love this game. I installed it yesterday and i hv been playin for 2 hours straight. Amazing graphics, amazing sound. Challenging yet simple.

Sandra Napper May 28, 2016
This game is so cool because I always make the train crash into the cars

SATHIAJITH PS December 18, 2014
When I get stressed I used to play thisgame

Junichi Tc November 30, 2015
It chased my table every time I played

Reese Wignall January 2, 2015
My game keeps freezing because of ads can you reduce the amount of ads