The most worst game Guys please don’t install and waste ur data and time. Some idiots made this and they only put the reviews 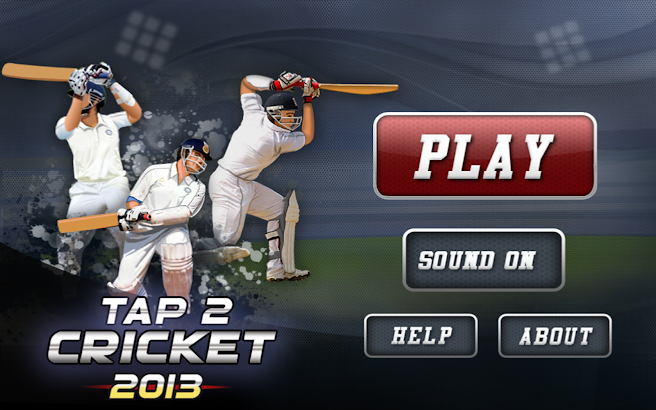 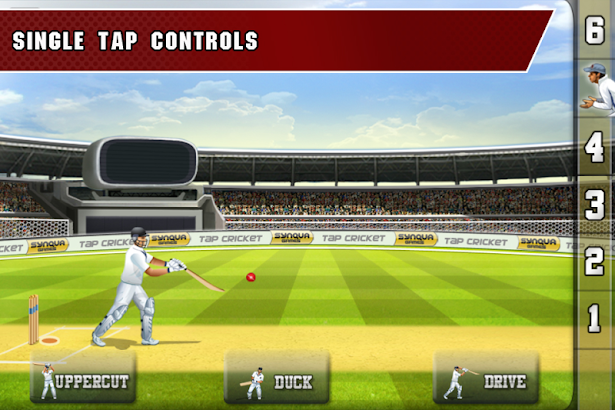 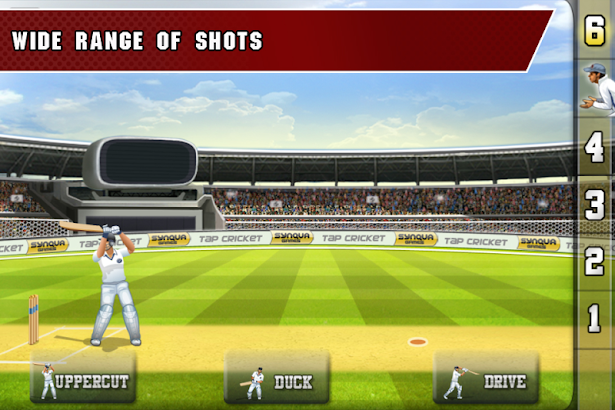 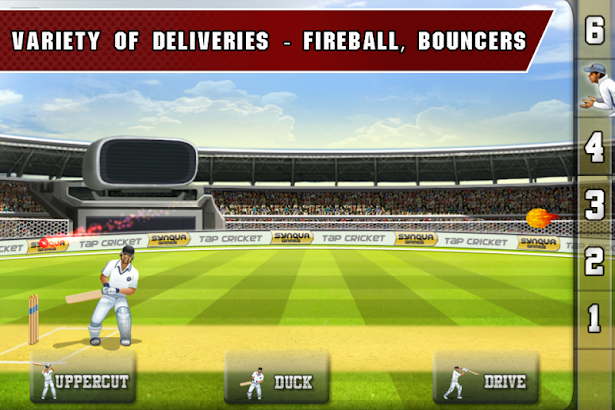 Test your cricketing mettle, reflexes and decision making in Tap Cricket 2013, one of the most played cricket games. It’s a fun, arcade style cricket game with simple, single tap controls, and a variety of shots to play.

Go for the big shots and the glory, but avoid getting caught in the outfield or getting bowled. The game has some surprise elements like nasty bouncers to which one can play the upper cut, and fireballs for which one has to duck to avoid getting out. The game is simple, perfect to play in short bursts and keeps you engaged due to the variety of challenges.

Step out, onto the field, aim for high scores and challenge your friends to beat your score!

Basav Raju January 22, 2014
Guys please don’t install and waste ur data and time. Some idiots made this and they only put the reviews

Ryan Couper March 21, 2014
Trying to control the batter is almost impossible and random, almost like it’s deliberately set up that way!? Plus the ads are simply annoying and their timing is very poor! Not a game you want to play longer than 2 minutes!

Charles Buchanan October 1, 2015
Used to have fun playing this but now all the pop up ads make it unplayable. Thanks for nothing.

Julian de Gouveia Pinto October 27, 2013
Pretty simple game for you to pass your time when you have those boring train and bus rides to and from work! Pretty smooth and no signs of crashes at all!

Ben Cluse January 24, 2014
One of the worst cricket games ever. Just frustrating and not enjoyable. Controls react randomly so there’s no control over what you’re doing.

Tapos Sarkar August 1, 2014
This is the worst game in the world…this game is not downloading more than 23% plz fix this than also m giving 1 star

Dan Fisher January 27, 2014
At the most inappropriate time meaning you accidentally click them and the game exits, makes a reasonably simple game annoying.

Tushar Monpara January 6, 2014
It’s cricket………superb game and graphics. Awesome this is perfect game to learn cricket cover drive. After a lot of times playing cricket in my 5s……..cricket lover’s will love this must download

Archie Bunker November 27, 2013
Why do people bother. Nothing to do with cricket. They should call it “You Get Three Buttons, Press One At The Right Time” game.

Kieran Atkinson January 10, 2014
this app is brilliant on my samsung s3, does help with shot selecting on where the ball is pitching in real life game

amit somani October 28, 2013
superb game and graphics. After a lot of time playing cricket in my S3… cricket lovers will love this.Must download… thumbs up. …

Pallav Sharma April 22, 2014
This is very good games for cricket fans and i like play cricket.my favret cricket player name is virat kohli.

Nisha Mane November 14, 2015
You me like a great day and time for you and your team

Akshay Thakur December 25, 2014
Not so good noor too badneeds alot of work to make it perfect

Sourav Paul May 7, 2014
Useless game don’t know where the bowl is delivering and only three shots are available need to recognise .

Darwin Fernandes January 23, 2014
Nice game my frnd has on lumia so i felt j and strted playing it.:-D on pc its called practice cricket

Imtiaz Tanoli February 23, 2014
This is nice game May be you enjoying this game please try it I will give him 4

Arjun Rathod June 6, 2014
This is very very nice game our cricket and mind make very fast I like this game last time my score is 298 I love this game

Sam Pauley February 9, 2014
This app is boring and just a trap for adds.

Rana Khalid June 11, 2016
What a wonderfull game at first it wasnot that good now its absolutely amazing

Lalit Dhoke October 27, 2013
Interesting game. I really like it. After a long time I found good cricket game..Must download

Saeedanwar Sulimankhil January 4, 2014
it very nice game i will recomenned for children aged three to six

Rakesh Sen October 28, 2013
this is perfect game to learn criket cover drive ,straight driveand so many drive. thanks to make it buddy.

Jay January 8, 2014
Terrible and takes you to ads auto