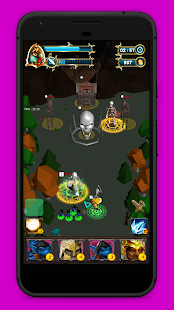 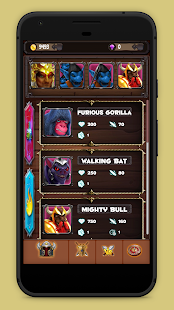 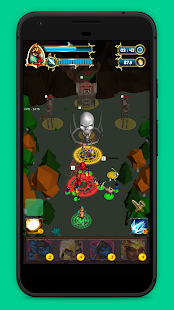 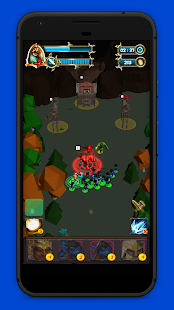 Developer VirtualMaze May 25, 2017 Thank you for your feedback !

Developer VirtualMaze May 25, 2017 Thank you for your feedback !

Valor Vicky November 17, 2016
I like this game. The game graphics are looks simple concentrate on it. A troop gorilla looks like a Normal gorilla change the gorilla appearence in to warrior. We need different maps like a some obstacles in between the battle field. Create more troops in the army list…

Developer VirtualMaze November 16, 2016 Dear Vicky. Your feedback is much appreciated. We are working on improvements and your suggestions give good insight on what we need to work on. Thank you very much !! Please do not hesitate to email us any more suggestions. We will be adding a credits page for users whose feedback helped the game.

GOWSHIK GK November 12, 2016
I loved it but kindly change the icon of the game

Developer VirtualMaze November 12, 2016 Thanks for the feedback. Can you detail what kind of an icon you expect ? Do you have any feedback about the gameplay ?

Developer VirtualMaze November 21, 2016 Thanks for the feedback.

radha krishna January 5, 2017
Graphics in this app is awesome.having more interest to fight with opponent

Umamaheswar Masa August 5, 2017
I loved play like a warrior

Master the Art of War in this real time strategy game. Earn gems & crowns to level up. Make your battle formation with army & spells to conquer against enemy overlords.
* Click play and start fighting without any setup or loading time. Works offline.
* Choose your army & wage war to face powerful bosses and their wrath
* Battle real time against other players defense strategy used in a battle scenario
* Duel & raid their royal kingdom with your hero
* Defeat their towers to win crown jewels and earn rewards to unlock new heroes and spells
* Use your winnings to upgrade heroes and spells to match your style of play
* Discover powerful new heroes, spells and towers
* Upgrade to new arenas & customize your battle scenario
* Research new battle tactics & techniques & build your army deck
* Challenge other players & rank your victory on the global leader-board
* Share & Clash with your Facebook friends
* Become the battle champion by mastering your deck of royale cards & spells
* Share your victory with your Facebook friends and get gifts from your friends
* You can check your ranking against players near you and around the world
* Deploy troops & wage epic MMO RTS combat
* Build village and gather resources
* Gamble with your gold & gems to earn more
Battle Strategy game is free to download and play, however, some game items can also be purchased for real money. If you do not want to use this feature, please set up password protection for purchases in the settings of your Google Play Store app. Network connection may be required sometimes for syncing and downloading or upgrading to new levels.