A conversion of Mike Singletons 1984 forgotten classic for 2 to 5 players.

Great fun Nice touch to add an option for modern or retro graphics. Satisfies everyone from contemporary style fans to nostalgia afficionados. 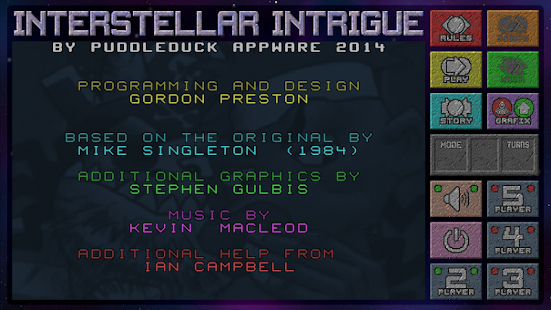 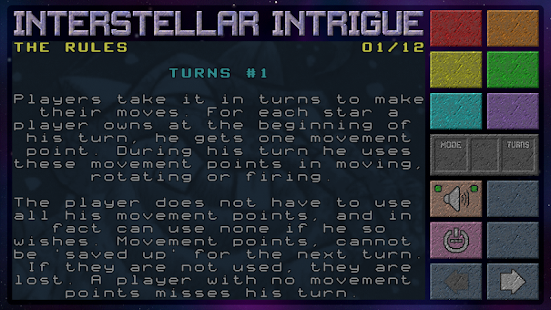 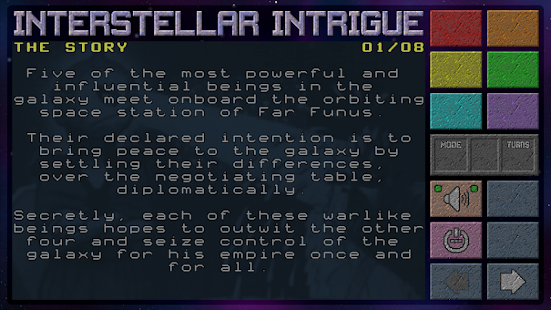 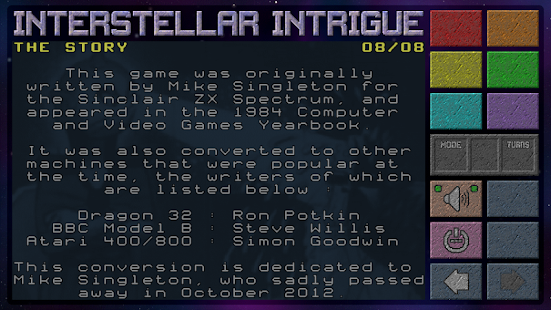 Delvonia Quasbex February 9, 2015
Nice touch to add an option for modern or retro graphics. Satisfies everyone from contemporary style fans to nostalgia afficionados.

Linzi Alker June 7, 2014
Hard to play at first but ace once you have figured it out.Good minded game.

This is a conversion of the forgotten classic by the late Mike Singleton (who also created the better known “Lords of Midnight”). It originally appeared in the 1984 C&VG Yearbook as a BASIC listing for the ZX Spectrum, BBC Model B, Atari 400/800 and the Dragon 32. This version was converted from the ZX Spectrum listing.

The gameplay is true to the original. There’s two different styles of in-game graphics … “retro (1984)” : based on the ZX Spectrum version, and “modern (2014)”, these can be selected either from the main menu screen, or during the game. There is an hidden “Easter Egg”, where I’ve sent my thanks and greetings to various people, but you’ll have to find it to see it.

I’ve included the original storyline, and the rules (or “how to play”) within the game … so you’ve got everything you need built right in to help make it easy to play and understand. The game can be played by two to five players (just like the original).