Do you want to become a flag expert? Download this game now!

It would be better if you fixed the glitch that causes the game to stop when the user reaches 20/20.I have to start the level all over again. 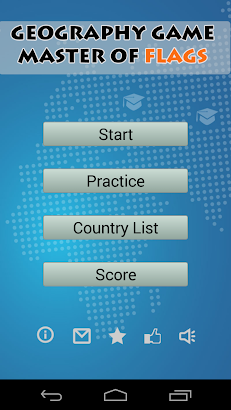 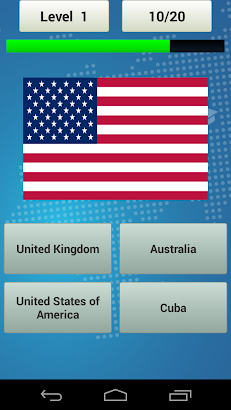 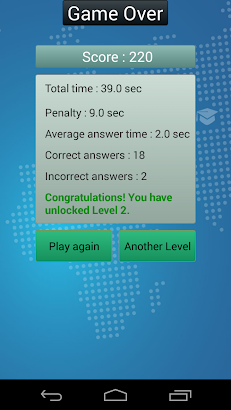 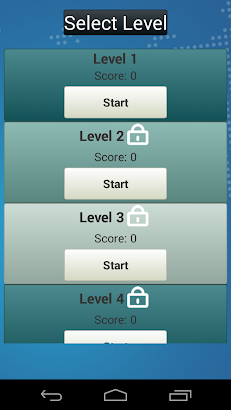 How good are you in Geography? Do you know all the countries that exists in the planet. What about their flags? Find out by playing this fun and educational game.
Gradually improve your knowledge of the planet, and prove to your friends that you’re the flags expert!

* Choose the correct answer from A, B, C or D!
* 2 game modes: Time mode, Practice mode
* Time Mode: 12 Levels, 20 Questions/level, 70 sec
* Practice Mode: 20 Questions different each time until you learn them all!
* List of Countries : A list of all countries and their capitals. Link to Wikipedia article for every country.
* Log in with Google+ to share your score and view the World list of top players!
* Support for 12 languages : English, Spanish, Greek, German, French, Portuguese, Russian, Arabic, Japanese, Chinese, Italian and Turkish
* Developed along with highly experienced educators

Visit our website for more details:
educ8s.com
Our sotware educates.

Shannan Thompson March 26, 2017
It would be better if you fixed the glitch that causes the game to stop when the user reaches 20/20.I have to start the level all over again.

novy lofranco April 14, 2017
I like it because you will know the flags around the world

Margarita Ferrer December 20, 2016
U can really use your mind and learn different flags around the country i enjoy this game

Rune The Ruthless December 23, 2015
Some maps had two of the same country names for example the Barbados flag had two answers shown as Barbados but only one was correct. Fix this and I’ll happily give it a 5 star rating because it’s really fun and I now know most if not all the flags and what country they’refrom!

Alexis McKenzie July 10, 2015
Excellent app. Never new there were so many flags.

Michelle Galiza February 28, 2015
I enjoyed this app since i download it!

Michelle Sandusky July 30, 2014
Im 48 yrs old and I now know ALL the country flags. Its so very easy to use. Im just a little bit smarter. Thanks educ8.