aa is the hello world app for Android Phones and Tablets.

A great time killer, challenger, and very addictive. The only problem is it always has this one ad pop up every day, and will not allow me to play until ive left the game 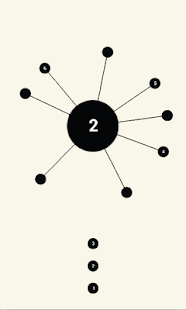 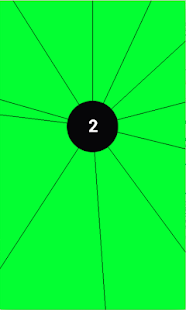 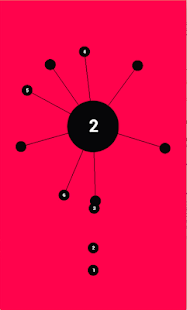 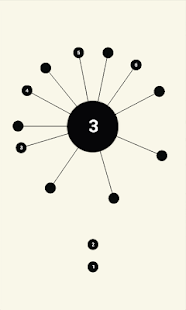 Mousie 1200 October 20, 2017
A great time killer, challenger, and very addictive. The only problem is it always has this one ad pop up every day, and will not allow me to play until ive left the game

Hi It’s Me September 28, 2017
IT KEEPS HITTING THE BALLS ONTO THE CENTRE EVEN WHEN I DON’T TOUCH THE SCREEN. I HATE THAT ALL OF A SUDDEN ‘OUT’ THING EVEN THOUGH I WAS PLAYING SO SKILFULLY AND I DIDN’T PRESS ANYTHING ANYWHERE. IT HAPPENS AGAIN AND AGAIN. THE LEVEL ENDS WITH ME DOING ABSOLUTELY NOTHING.

Aya Akarmass October 26, 2017
I like the fact that you can get more levels but unfortunately it is not the best only game I’ve got really.It is a great game.FROM AYA AKARMASSXXX ALL THE BEST,AYA

September 25, 2017
Lags occasionally. You can never win certain levels because they do the lag to slow down your progress

Sir CoCoNUT October 3, 2017
It studders a lot, a lot of the time when you double or tripple tap it doesn’t register. It’s not “challenging”, it’s just unfair and not fun. I have no idea how I made it to 24 last time I played this mess

Sherri Fryer September 29, 2017
Was one of my passing time favorites till now.I get popup ads with bareboobs and bottoms cant really sit in childrens dentist office with that.How sad

Royal KK October 5, 2017
People who say this game is bad are just mad because they’re just terrible at the game. It’s a wonderful game, and I recommend it to everyone.

Parthesh Oza October 14, 2017
There are Many bugs. Sometimes u will b out without touching screen.

October 4, 2017
Its ok i guess but i wouldn’t recommend this app. There is to many adds.

Diya Shetty October 7, 2017
4 stars for the overall game and the concept it could have been 5 stars if there weren’t much ads. The game’s awesome for an adrenaline rush?

Caitlyn boocock October 13, 2017
This game is the best! Its a good time killer.Buy the adds r a little anoying

Eva Biggs October 27, 2017
its a bit annoying how there is a sign that comes up everytime you die saying “great job level …” but otherwise very addictive .

September 29, 2017
It is a great way to get up while drinking coffee in the morning.

Tamara Kennedy October 15, 2017
Your ADS interfered with gameplay..THIS GAME IS PURELY PLAYED BY TIMING ALONE…ADS CAUSE HESITATION LAG RIGHT IN THE MIDDLE OF PLAYING THE GAME..SPLIT SECOND TIMING CONSISTSNTLY RUINED BY GREEDY GUTS ADS. PLEASE STOP RUINING OUR GAMEPLAY..I HAVE SO LITTLE TIME TO ENJOY MYSELF THIS IS SO CARELESS AND INSULTING NO ONE CARES ABOUT US TO FIX THIS

zain Rehman October 26, 2017
This game makes you think because you need to thing were your going to put the numbers

Vaishnavi Konduskar September 26, 2017
after playing some kind of eyes pain or head pain….

Lucy Watkin October 8, 2017
To the creators of aa ,I LOVE THIS GAME!! It is so challenging yet fun!!! Please try to make more ?

Samta Rathi September 29, 2017
Best game ever I have played

kristopher reed October 21, 2017
The more you gethigher the more the level gets HARD

Austin Mcpeak October 16, 2017
Addictive,but it gets extremely difficult once you hit level 30 or so

October 24, 2017
It was a very good game to play some times it canfreeze though

Neno Sarenac October 26, 2017
Intresging at beginning, but ads and insane hard levels ruins all the fun …

Paige`s Life October 15, 2017
This is awesome. So fun and addicting! Its also a wifi free game! This game is very highly recommend

September 25, 2017
I think u shoulI really love this game and the graphics are great

aa is the “hello world” app for Android Phones & Tablets.
i.e. aa is like snake on an old brick phone, it’s fundamental.
Handmade in Australia,
General Adaptive
If it’s not published by General Adaptive Apps Pty Ltd – it’s not the authentic and original aa. Don’t be fooled by clones.