*** Best Jump Rope and Gymnastic Game in the store! ***Download it now! 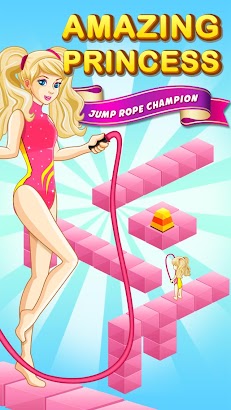 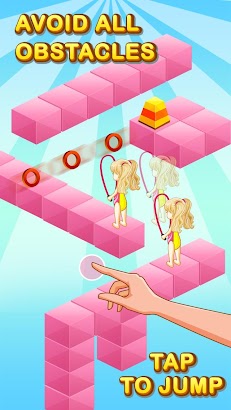 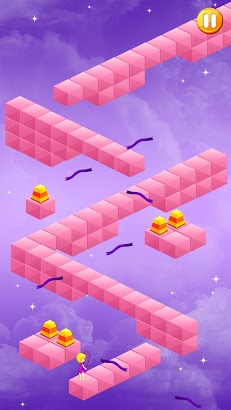 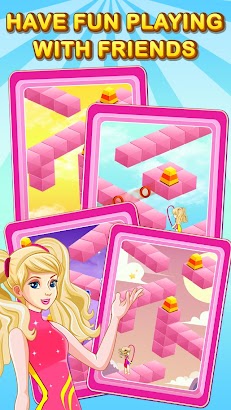 *** Best Jump Rope and Gymnastic Game in the store! ***
The biggest gymnastics jump rope event is here!
Little girls all around USA are gathering for this floor hopping event!
Prepare your pink ribbons, practice on your trampoline and get your balls ready because Amazing Princess Gymnastics Jump Rope Championship is here!
Run, jump and dodge balls as you jump across floating pink floors. Your balance is important as you dodge ribbons and rings. Collect coins, stars and gems to gain more points. Hop across levels by taping anywhere on your screen to jump.
So what are you waiting for l? Let’s hop! Download this fun and challenging gymnastics game now!

Amazing Princess Gymnastics Jump Rope Championship is the game the will make you flip features:
– Simple One-touch gameplay, making it easier for you to jump around.
– Endless gymnastics fun.
– Little Girls and boys will love the floor designs that looks like and optical illusion
– Cute sounds and beautiful graphics.
– Free to download and play.

UnknownJanuary 29, 2017
I hate this game when I tried to play it didn’t work it wouldn’t jump or turn

Noella Wu October 15, 2015
Suppose to jump forward but it jump backward instead. The “girl” commit suicide and it stuck! Won’t jump forward after that. Please fix it!

Audrey Maina June 21, 2016
Whenl try to jump it goes backwards and all you do is jump worst gymnastic game ever

Flower girl October 14, 2015
This game is baddest I haven’t seen any game like this boring……

Zoey Blackmon October 24, 2015
Love it so much because I just got it even though I just got it I can still say that I love it just let you know

Breàil Heard September 29, 2015
Thanks for this game

Manpreet Kular June 23, 2016
I guess it’s OK but sometimes she just falls for no reason.

Madison Roe March 3, 2016
I didn’t like it because it was boring

Jennifer McGill April 3, 2016
The people who hates this is koo koo

qamar zaman March 12, 2016
this is amazing game I have ever ever played

Gracie Davies February 6, 2016
And you ugellychildren the game is stupid

Pink Bubblegum February 17, 2016
Hate it when I first started to play it.