Join Anitales and watch/make/share your cartoon story in a creative way for free! 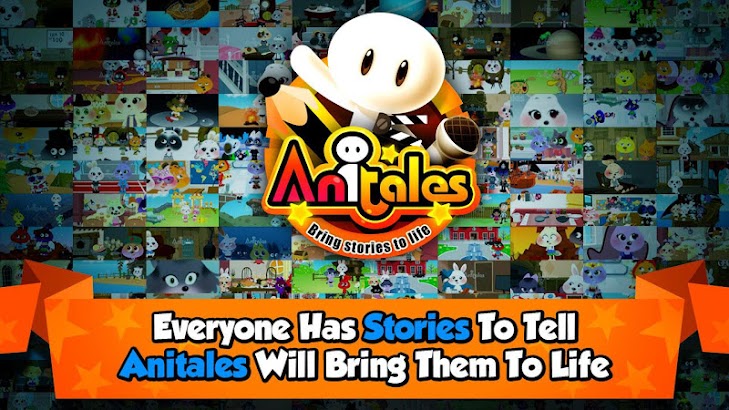 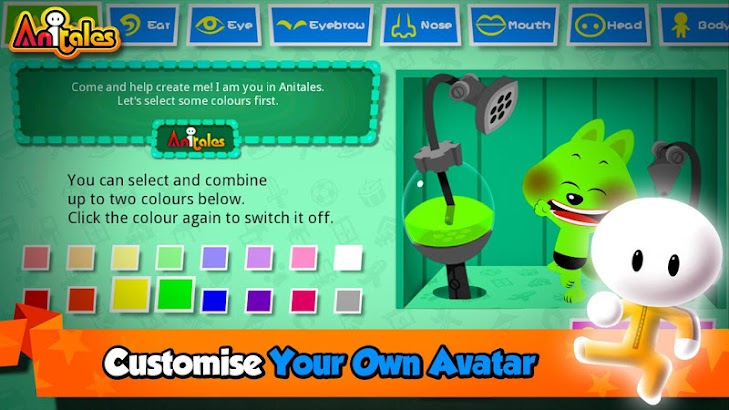 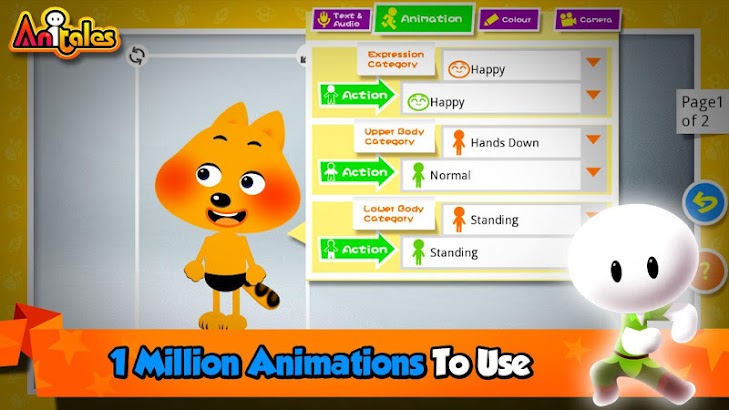 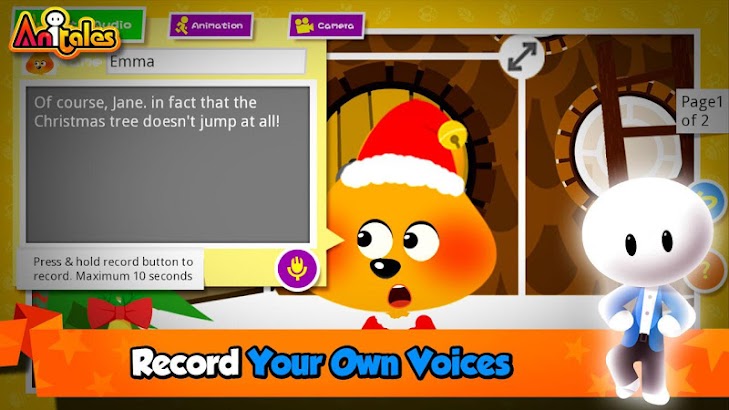 Anitales – Read Story & Make Story is a unique and exciting free cartoon story maker (cartoon video creator), which encourages user to create animated story by using their imagination and improve their creative writing skills. You can export your published video to YouTube and share it via social network. Anitales is also a cartoon story reader, you can read / watch thousands of cartoon animated stories / cartoon movies from our creative authors.

This colorful and beautifully illustrated cartoon world is fun for the whole family to make story and read story together and allows you to connect and share your stories with friends all over the world, and much more!

Features:
1. Improve creative writing skills in a fun way
2. Create and customize up to 3 roles
3. Add animations and record your own voices to your roles
4. Up to 1 million animations to compose
5. Choose from a wide variety of scenes, weathers, skies, props and musics
6. Able to use your friend’s roles in the story once you connected
7. Connect and share your cartoons with family and friends
8. Read as an interactive book or watch as a cartoon movie
9. Publish / submit cartoon video to Anitales’ Editor. If video has been featured, then it will be watched by other users who came from more than 190 countries .
10. Export published cartoon video to YouTube

About us:
Anitales was created by a couple of parents who wanted to create an interactive and immersive world that encourages children to use their imaginations to make story and have fun, whilst also improving their creative writing skills.

Contact us:
Let us know what you think! Questions? Suggestions? Technical support?
Contact us at: [email protected]

Anitales – Read Story & Make Story is a unique and exciting free cartoon story maker (cartoon video creator), which encourages user to create animated story by using their imagination and improve their creative writing skills. You can export your published video to YouTube and share it via social network. Anitales is also a cartoon story reader, you can read / watch thousands of cartoon animated stories / cartoon movies from our creative authors.

Faris-Craft. October 22, 2017
Perfect App For Animations But Please Add This Feature To Add Custom Seconds For The Movement Of The Characters Mouth Please Add

Eve Rod October 24, 2017
I hate it!! Because when ever I press a button it just takes me to youtube like bruhhh that dumb!??

Peep The lps Parrot October 18, 2017
Its all OK but the game kick me out to my home screen pls fix this

MattAndErin Krumenacker October 22, 2017
My phone likes to kick me out of the game.but I still like it

Leah Baker October 10, 2017
Okay.. the ad was amaze but one tiny problem…It friken just kicks me off really dude? And I’m not the problem only one.. look at the comments

Kathryn Sunrise October 3, 2017
What? Why Can’t I even Get In The app every time I get in it kicks me out if You Can’t fix this I’m rating The App 1 Star I’m gonnareinstall The app to see if it works again

Coochie Corn show! October 4, 2017
After the update it won’t let me in the app it keeps kicking me out if you fix this I’ll rate you 5 stars but for now it’s 1 star:'(

rosie Thomas October 16, 2017
It keep getting me off if you don’tfix it i will cal the cop that you are makking people get your game. Like messed up

Mat Cruz October 5, 2017
Ummm, it kicked out from the game, it did not say “Anitales stopped working, try again later” or anything! It just kicked me out! Plz fix this!

Odatnarat Lokaj October 4, 2017
Hey…I have something to tell you…..Uhm after the Update I press the app and It Crashes……Fix it……If the Crash is Fixed….I will rate you 5 if not then……Don’t make me give you 5, if you fix that well…….Let’s enjoy Animating some Story we want to do……just fix it pls

Nightmare_Foxy fnaf October 5, 2017
It kicks me out when i try to get into the app I HATE IT!

Yahya Ayman October 19, 2017
The game still kicking me OMG it’s me yahya.ayman who make fire in the house

UnknownOctober 7, 2017
Umm…when I go on the game it goes back to home screen same thing with my other phone please fix it

Malaika Jawad October 14, 2017
Can u just fix this i am trying to open it but when I amtry ing to open it it kicks me from the apps and i came to the home screen i loved this app that much it just made me dissapointed i beg u to fix the game plz

UnknownOctober 17, 2017
So it’s me, Staceybrakkie… And yeah, it’s pretty awesome I must admit.

UnknownOctober 10, 2017
Everything was going great for a day and a half but when it keeps on not loading, I have to keep on reinstalling it and logging in and it’sreally annoying. When I logged in my stories were gone. Where are my stories???!!!

XxrubyxX loving October 10, 2017
It’s ok but there’s a problem it kicked me out I tried again and again I miss it plz fix it. ?

MissyZero Cakes October 17, 2017
CAN YOU FIX THIS IT KICKS ME OUT OF THE GAME AND EVERY ANITALERS CANT GET IN THE GAME AND YOU CANT JUSTFIX THIS EVERYONE THINKS YOUR LAZY????????

kenneth bascuna October 17, 2017
Hate this app!! It’s not working. I tried to open it but there’s no response…..please fix it

Sean Pinder Jr October 14, 2017
I love anitales but can you please add a police outfit and hat.? Thanks.? Also can you add military stuff.

shaila kavitha October 15, 2017
I hate this app because it won’t let me go in please fix it

sully draws_something October 8, 2017
I think they should have a i forgot my password thing…

Mathuya Ananth October 16, 2017
Everytime I go in it it kicks me out

Janhvi Soni October 8, 2017
i think it is nothing… when i click on this app nothing happens. why is it for then? just to keep it in our mobiles.

Aaliyah Wright October 15, 2017
I like playing the game the game is nice