A cute baby panda is waiting for love! Take care of him, learn and join the fun! 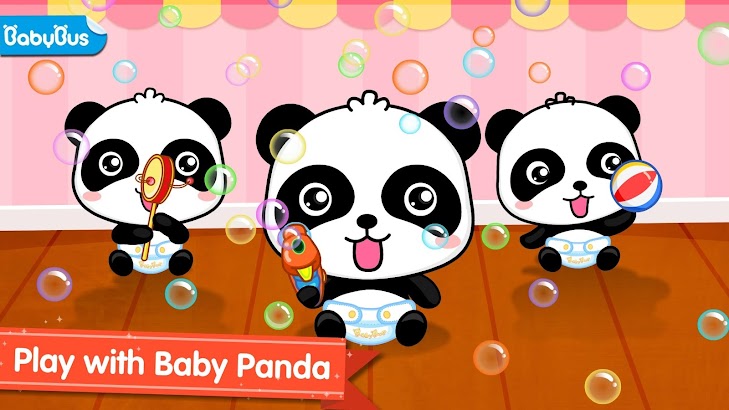 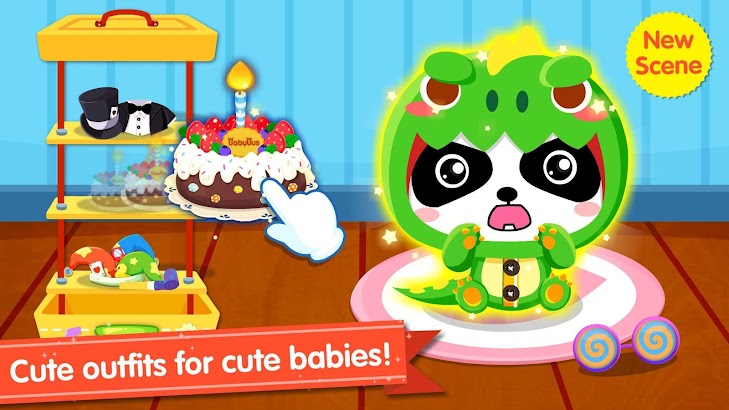 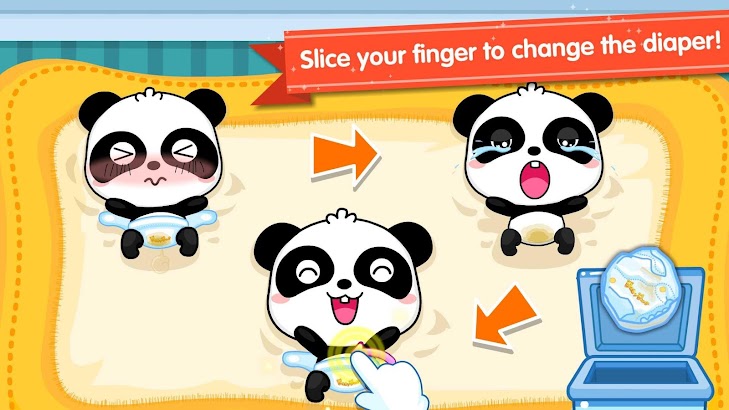 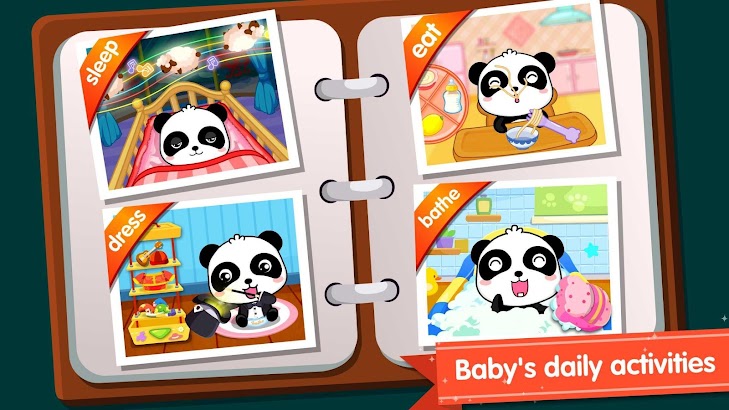 Caring for a baby requires a good amount of patience and hard work, and the thought of changing shoes and switching roles must have crossed your mind. Well, here is the chance! We are giving your children the role of caring for another baby, a cute little baby panda. You might be surprised to find how much your children will enjoy this exercise!

It is time for your children to get a firsthand experience in baby care. This time they will take care of our little baby panda who is in need of care. See their ability to love meets dedication and good work ethics. They will love this app!

—————
BabyBus offers games, videos and a wide variety of other educational content for 200 million fans aged 0-6 around the world!
It has produced more than 150 children’s eduational games, 700 children’s songs. and animations of various themes spanning the arts, health, and science. It is dedicated to cultivating creativity, imagination and curiosity in children, helping them explore the world on their own.
—————
Contact Information
Email: [email protected]
Website: http://www.babybus.com

Itz Yo Gurl Moon October 14, 2017
I love it and Ive been playing when I was 6 to 7 to 8 and now I’m 9 And if you ppl this is boring well its a game for little kids Cuz my Little brother loves this and he’s 5 its also cutee great game

Jesse Guzman October 14, 2017
The people who don’t like it are wrong I love all your games and I’m double digits(for my age) and its amazing

UnknownSeptember 25, 2017
I think this is a fun game but the only problem is that there is a long thing of adds and it is sooooooooo annoying but over that you should download right Now!!!!!!!!

Sharmaine Reyesbornales October 13, 2017
It’s too boring don’t download this game I warning you

LaConn Fiftyseven September 15, 2017
I like it but I think you should make a help button on the change diapers station it’s Very annoying to be taught something over and over and over.

UnknownSeptember 2, 2017
I think its adorable and fun

UnknownSeptember 3, 2017
This is and it a great game download it

Michael Thompson September 9, 2017
To many advertisements.

Isabella West Melendez August 9, 2017
I’m 9 and I have a baby sister 1 years old this is not like other games it’splain and simple but its so entertaining everyday I spend all my time with him

PUERTO RICO LOVER August 30, 2017
Loved it ,this panda is so adorable,whoever’s saying that this game is baby-ish then don’t play it,if you hate it then shut up and don’t install it ,because you people think that your able to be rude to people who make games for you to play.

Kamese Fogg July 27, 2017
BORING I’m nine and I think it’s gross and boring when the baby sleeps he blows bubbles with his ? and you see his ?.

UnknownJuly 24, 2017
I love pandas I’m thinking of asking my mum Im 9 and well for a change I hate My lil cousins makeup and Icecream apps but this time she hates this app and I love this app Strange right?

UnknownAugust 14, 2017
Good game it if someone see my video like and subscribe to me my name or nikname cilyn if no cilyn no picture dont find it bye guys

Crystal Bobo August 18, 2017
Its really boring because you just have to keep doing the same things over and over again

UnknownJuly 7, 2017
This game is so cute and I’m nine and I play it and it doesn’t really matter what age you are you can still play it ?????

Cecilia Samwata July 16, 2017
Ehh it’s a bit nice for my sis yo but she needs more consentration man

Ahnaf Fayeaz July 13, 2017
It cool game for baby my 4 years sister play this game she love it

kittytempo 7 August 11, 2017
exuse me but slice my finger to change diper u mean swipe ur finger

UnknownJuly 6, 2017
I liked it at first but if u play the hole game it gets boring.

Angel Proffitt July 13, 2017
It was so cute BUT BORING it eats,sleeps,plays,dresses up.

Henry Schaefer August 21, 2017
It is dumb and stupidLOL who thought this was dumb