Chichens are super cute. Tap them. Hatch them. Watch them do crazy things!

It’s easy to get into with each world having some distinct chickens you can’t help but adore. Collecting hats is also easy but it does gives you the feeling of it being suspenseful. Collecting feathers is nothing more then grinding. I’ve been experiencing some bugs from the new Halloween update i.e depowering chickens, removing incubating eggs from slots, and replacing random chickens when obtaining new ones. I’m not sure if this is just a isolated event but with this update aside, this game is enjoyable as a casual collection game. 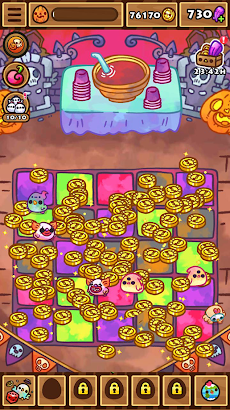 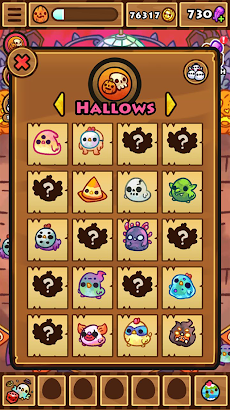 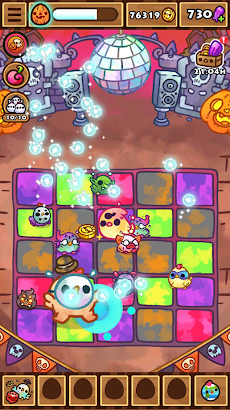 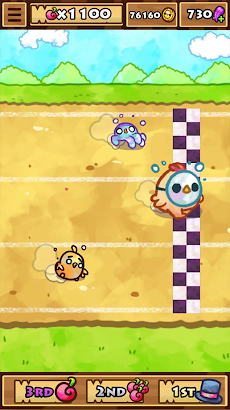 Chichens, from the creators of 2016’s best cat game, KleptoCats and the team that brought you 2017’s cutest claw machine game, Clawbert, is a game that is all about tapping, you guessed it, CHICHENS!

Look! It’s a chichen! Tap it. Again. Tap it again. Don’t stop tapping. Oh wait. They are tired now. You probably should have stopped tapping, but don’t worry, it will be okay.

Oh look! It’s an egg. Let’s hatch it. I wonder what kind of chichen is inside. Could it be a pizza chichen?! Maybe a double-headed chichen??? OMG could it be the KleptoCat chichen?!?!? Fingers crossed!

Chichens are cute, silly little critters that go insane when you tap them. They drop all sorts of fun things.

Fill each world with chichens and unlock the next one. You never know what these crazy Chichens are going to do!

UnknownOctober 23, 2017
It’s easy to get into with each world having some distinct chickens you can’t help but adore. Collecting hats is also easy but it does gives you the feeling of it being suspenseful. Collecting feathers is nothing more then grinding. I’ve been experiencing some bugs from the new Halloween update i.e depowering chickens, removing incubating eggs from slots, and replacing random chickens when obtaining new ones. I’m not sure if this is just a isolated event but with this update aside, this game is enjoyable as a casual collection game.

Kathleen A October 21, 2017
I enjoyed this game until I started experiencing a little glitch. I’d have 3 of the slots filled with eggs waiting to be hatched, I’d exit the app (either running in the background or completely closed it) and I’d come back to the app to find that either one or all of my eggs were inexplicably gone. I’d wait an hour or two expecting ready to hatch eggs and all I’m greeted with are empty slots. Also, up until the Caves, collecting the different varieties of Chichens in each area was reasonable as there seemed to be a fair chance that I’d hatch each of every kind every so often. But when I got to the Caves, it seemed impossible to discover that one last Chichen. Would also be nice to be able to have my progress saved ’cause I uninstalled and reinstalled the app hoping to re-boot and be free of these glitches but I had to start all over.

Samantha Baguhin October 20, 2017
I love the game so much but it always crash everytime I watch second ads or even when the screen display dims. There are also times where some of my chichens are lost. It really pains me. Please fix this, thank you!

Ginger Slonina October 23, 2017
I was having a cute time playing this little tapping game and then I had to sell a chichen. That’s fine. But after I did that, the rest of my chichens turned into the one I sold. So now I have 7 white chichens.Is there a way you can fix this? I didn’t even find a way to email you about it.Update: Received an email saying they fixed the problem and there would be an update “soon. That was right after this review. It’s been way longer than “soon” and it’s not fixed. I put money into this game that I don’t even want to play anymore. Review changed. ??

Developer HyperBeard October 23, 2017 Hi, Ginger. We can help you, please, send us an email.

starman the starcramian October 21, 2017
Great game, but I think it should be easier to get either feathers or to other world’s I down loaded it and it takes 600 gems times the 20 feathers that I need equals TO MUCH TIME!Edit:You could make the gardens and new areas cost a lot of coins instead of gems and you could make something more special cost feathers.Edit 2:I wanted to say that this game isn’t as fun with the ludicrous work that goes into getting feathers and you should fix this.

Zach Scherrer October 22, 2017
When i open the app it just says “this world is inhabited by chichens” and i cant do anything. I have a samsung galaxy S 3 phone if it helps. (I gave this 5 stars because i think i would love it)

Jessica Wu October 19, 2017
I had completed the collection but my phone had to factory reset, the progress is all lost because there’s no button to sync it!!!!Need that sync option…

Abigail Garringer October 23, 2017
Fun and addictive. The only issue is that if Im deleting a chichen it shuffles the chichens in my party. I might not even get the one I was making room for..

Bella Chords October 21, 2017
AHHHHH! this game is beautiful and brilliant! It’s so adorable, I’m just working on how to get feathers so I can get into the hallows area.

Vi Hsu October 23, 2017
lags super hard when you share a picture or tab out of the app or even close it for a bit.Have to constantly restart.their reply was “please update the game”.. it is updated.

UnknownOctober 21, 2017
I have a problem, my eggs keep disappearing! I have three slots and when I come back later in the day to check on them, one or two are always gone!

Albert Cyr October 24, 2017
Ok game 15 mins into it already waiting 45 mins for geegs to hatch and only allowed to keep 10 checkens on each island. Feathers hard to earn as well

Dany Torres October 24, 2017
Its a cool game but i cant get past the “this is a world inhabitrd by chichens” so creators plz help

Ree Ree October 20, 2017
GREAT GAME! But…you need to pay to get anywhere past the first world…uninstalled

Developer HyperBeard October 23, 2017 Hi! You can get extra
coins by selling your Chichens.

The Marii Bear October 23, 2017
Has adorable characters, easy to figure out and the mini game is cute as well.

Heather Blake October 24, 2017
Its so cute I could just hug them

pook ie October 23, 2017
Adorable, fun and addictive. Recommend to everyone!!

Gracie Seddon October 22, 2017
This is a funny game and cute

Marisol Amparon October 19, 2017
I “played” for maybe 2 weeks, then my eggs started disappearing, sometimes just one other times all of them. There isn’t an addicting quality to the “game”, no actual mini games, just collecting chickens..Also the price you have to pay for the feathers (which are necessary to progress in the game) isn’t fair for a “game” that is just visually pleasing.. you can get them for free by swapping coins but even then it would take hours to get enough to unlock another area. It’s just a lot of wasted time for very little pay off.

Developer HyperBeard October 19, 2017 Hi, Marisol. The game has been updated, now you can play it without that problems.

Cameron Anderson October 19, 2017
This game is so cute and I can’t stop playing it

Maki Ball October 20, 2017
LOVE the colors and basic design of the game. and the various chickens make me very happy

Chicken Lord September 10, 2017
I love this game. So far I’ve collected every chichen in every world except darkness and tundra (I’m working on it lol) and I’ve noticed very few bugs or anything with the game for the weeks I’ve had it. One thing however is that sometimes I’ll get two eggs and try to hatch them, and sometimes I’ll come back to see that one egg is missing and the bar for eggnergy is filled to the top but not quite. Other than that, I don’t think I’ve found any more bugs. I love the art in this game and racing your chichens for hats is great too. Adorable.?

Rini Katayama September 4, 2017
I can’t play the game.I recently downloaded this game with high hopes. It looks adorable. But there’s one major problem that I consistently have. I can’t even play the game. Once I load it up, it just shows a screen that says: “Welcome! This world is inhabited by creatures called Chichems.” I can’t do anything, as tapping anywhere does nothing. Please help, and maybe I’ll be able to give this game a 5 star rating as I hoped I’d be able to.

Marta Soltys August 19, 2017
Absolutely adorable. The addition of hats was a great idea. However, there are some bugs that I found; for example, raising a chichen to three stars doesn’t raise its value and instead it is sold for the same amount as a normal level ten chichen. Also, the next world I can unlock isn’t half price, though I got the pop-up it was and I found all the chichens possible in the world before.
Tags
HyperBeard