Game opens fine. But it does not scan the cards. I had luck scanning only 1 card rest 4 of them are useless. Says me to scan at least 2 cards but then app itself scans only one. 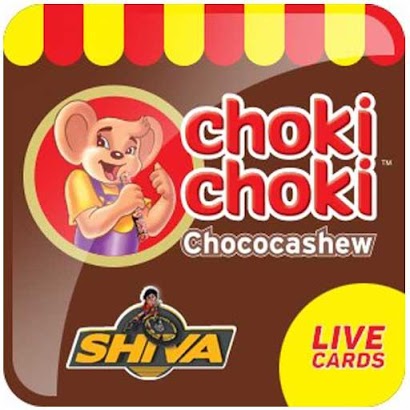 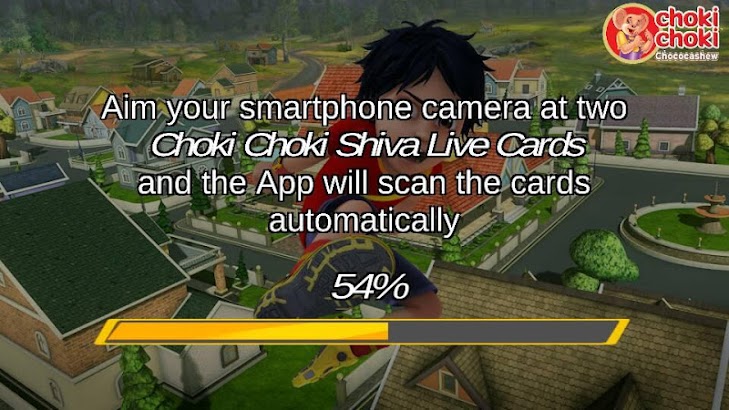 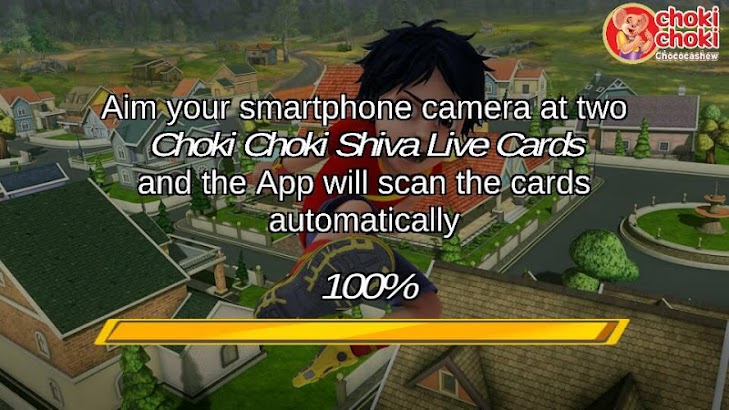 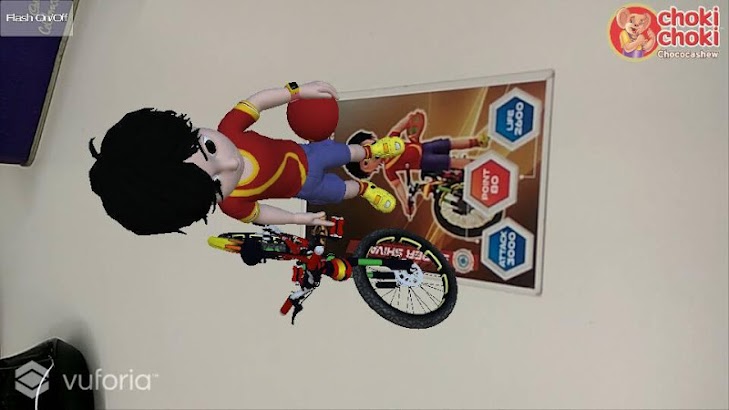 To enjoy this action packed experience, please use the NEW SHIVA LIVE CARDS.

Shiva Choki Choki is a mediated reality game for kids. This game is based on Augmented Reality (a technology that superimposes a computer-generated image on a user’s view of the real world, thus providing a composite view.)
Through mobile devices like smartphones and tablets, Shiva Choki Choki Game acts like a magic window. This app scans the Choki – Choki cards, and based on the card its show different- different character moves. Users need to aim smartphone camera at ‘Choki Coki Shiva Live Cards’ and the app will scan the cards automatically.

The fun part is that user required to have Shiva Choki-Choki app turned on and scan Choki-Choki card in order to play the game and it added a smaller, real-time window of user in front of the mobile.

It is an adventure game, where user need to scan different character cards in order to see the different-different action. Taking advantage of your inbuilt camera, it enhances the real world scenario to feel the character, play with it.

Khurram Hassan September 23, 2017
Game opens fine. But it does not scan the cards. I had luck scanning only 1 card rest 4 of them are useless. Says me to scan at least 2 cards but then app itself scans only one.

UnknownOctober 22, 2017
Game opens fine but it does not scan the cards. I had luck scanning only 1 card rest 4 of them are useless says to me a scan at least two cards but then app itself scans only one

Kajal Gupta September 28, 2017
The worst app in the world. When I opened it has just shown first card only . when I put my villain card it was not scanning only . I waited till five minutes the worst app ??????? there making the children excitedbut now I am two said

Aniket D Desh August 21, 2017
Worst app ever… It is the worst app I have ever seen because whenever we download it is stuck at 100% and we autumaticaly get out of the app.Please don’t make apps like this and waste people’s time.

sandip das August 31, 2017
Very very horrible app….u are getting the kids excited with something which is not there at all. This is pure cheating. You will not go far..like this…

Kapil Gupta August 18, 2017
Whenever I on this app,then automatically we get out of the app! And if they add that we can fight with heroes then I will get some relief

Sunny Khatri September 10, 2017
Lies , it says 50 cards but no only 1 or 4 can only activate! Need hard work i dont know why r u all taking 85 mb for only making this rubbish app or dustbin

bhaskar halder September 18, 2017
very bad not opening and automatically getting out after reaching 100 ‘/, never ever download it and I JUST WANT MY DATA BACK

Payush Soni October 20, 2017
Hello! My name is Payush and I am having a problem. The app is not working, when I try to open the app it takes me back to the home screen. Besides that the app is great.

sayantini dutta September 8, 2017
Very well game I am impressed should do well. Down thumbs to bad reviews. Veeeeerrrryyyy bad luck

Aditya Pratap Singh RAJPUT July 29, 2017
It takes a bit of time to load but the concept is reallyyyyy greatWas fun to use Couldn’t believe how they created such a nice thing Hats off to the

Ganeshan Ravi August 17, 2017
I have downloaded 2 Times but no response it is very bad game waste of time and my 200 mb

UnknownAugust 5, 2017
In starting its ok but after 100% it is not working please dont download it.worst app ever

Rishi Saxena July 29, 2017
There is that thing in the game if we don’t put the card of Shiva or friends and new Shiva cards it don’t work

Manisha Sharma October 20, 2017
The worst app ever….not opening at all. Alwz asking to scan the cards even aftr scanning. Useless and time wastage

Ashis Dey October 4, 2017
Nothing……..?only the same things they are doing after adding villan and hero both together but it’s ok……..My grandmother surprised after seeing the cards are becoming alive?

sharad Gawas August 6, 2017
This is a worse game in the world pls friends dont ever download this game who created this game he is a biggest sucker in the world

UnknownAugust 19, 2017
This is the worst game and we want to buy the card then only the game will so wast

Priti singh August 31, 2017
When i had downloaded this app i have done also live when my father had seen it he had said wow

steelz akhram August 18, 2017
It starts after it loads then it get off suddenly dont download this game

Navneet Kasera October 1, 2017
Why do you made this not every shopkeeper has new cards I have a bundle of old card pls make a old choki choki shilva live card

Lokanath Padhi August 3, 2017
It was good but after doing once It is veryy boring!! The character are doing the same action and winning

ashwin talsania July 26, 2017
I view the one card they will come out but second card is not come out I held it 15 minutes.

Abu Talha August 12, 2017
Realy use less dont install it do not scan any thing

UnknownJuly 28, 2017
I don’t understand this game so for myself it a baby Ver bad game

Sagar A August 17, 2017
See guys who ever download this game has to have one shiva card and a villan card

Sarat Mishra September 19, 2017
Its look like that Shiva characters come outin real life and fight with villains very interesting and real like game.

Urmila Loganathan July 28, 2017
I installed and is loading camera is not open fake app please not download the app I wasted my time in intetnet

Suriender Gill August 2, 2017
I put the new cards they came out from car
ds but they are not fighting

Jeyaraj M September 9, 2017
So worst app it is not coming what a worst app I have wasted my time
Tags
Viacom18 Digital Media