Set up your very own dental clinic right on your phone!

Lags and freezes. This is a terrible game. It doesnt let me do anything with the tools except pick them up and then it lags. And everytime i try to pull a tooth out it freezez. 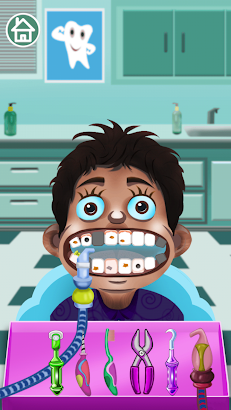 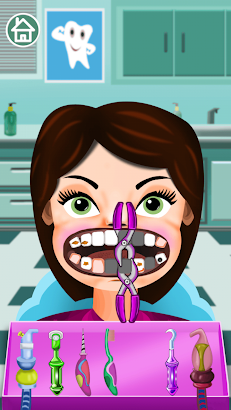 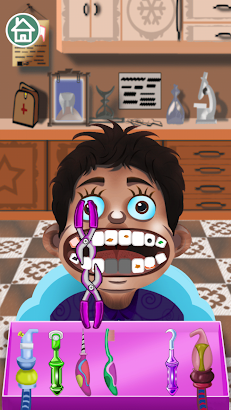 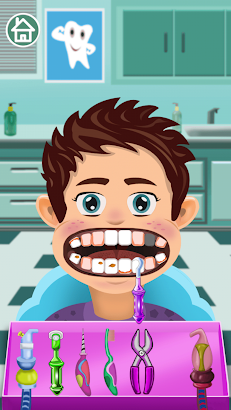 Set up your very own dental clinic right on your phone! This dental Game app lets you scrape, pick polish, drill, and care to all of your dental patients afflictions and needs. There are several tools that you can use to help your patients dental hygiene issues. Your patients will vary form kids, animal, and even monsters! Drill the cavities, pick the crusty teeth funk off, and even pull the bad teeth out! As a dentist in this game, you can help them all leave with bright and wonderful smiles. The best part is, it’s so much fun to play. The silly patients and the, oh so cool, dental tools are a total win!

Being a dentist is rewarding and fun. Get all of your patients in the chair and start scraping and drilling the bad teeth. You will be delighted to see a bad smile turn into a a happy bright smile, one play at a time. This game will give you a new outlook on dental care and appreciate your dentist and your smile even more than you already do. Share with your friends and family. This game is great for all ages. Dentist Game offers you loads of fun and entertainment. Get the kids in on the game and help them gain a life time of healthy dental habits and appreciation.

Unlocked all faces, now play with all patients for free.

Carla Carpenter October 11, 2014
This is a terrible game. It doesnt let me do anything with the tools except pick them up and then it lags. And everytime i try to pull a tooth out it freezez.

Sandy Rose September 2, 2014
Ehh..hard to see things due to the screen thing being too large and the guy had no teeth..xD but I may give it another try in a few months when these things.have been fixed? Like the concept though

Potato Squish December 5, 2014
I cant even do anything. Fix plz. Thank you

Xochilth Chavez June 29, 2014
When a downloaded this game I couldnt see like evevry think turn so big

Saeli Pecchia February 17, 2014
I haven’t played it yet but I can tell by the grafic details its going to be fun!;-)

Trinty Walker January 2, 2015
This is boring

Kirsten Poirier January 9, 2014
Not really sure

UnknownMay 14, 2014
It was cool the first time but then it started zooming in

Jordan Burroughs January 10, 2014
This is coomhrrdffc

Chica Fazbear January 5, 2015
Horrible game,a view of the tablet going up and down glitches and stays there for the whole game,ads everywhere,lag and last of all you have to buy ALL the characters , not just 2 or 1.When everything fixed I will give you 4.8 stars.

Janaiya Green January 5, 2015
U can’t even see the teeth he had no teeth you have to. Unlock every thing they need to do something

Lezaria Richardson July 2, 2014
It too big can’t even see wat your doing

Tia brown December 26, 2013
The game is very bad it dosent do nothing its soo bad. DONT DOWNLOAD IT

John Long November 30, 2014
When I tried to do the top jaw the tools did not work