This game is made by only one genius person in Japan. 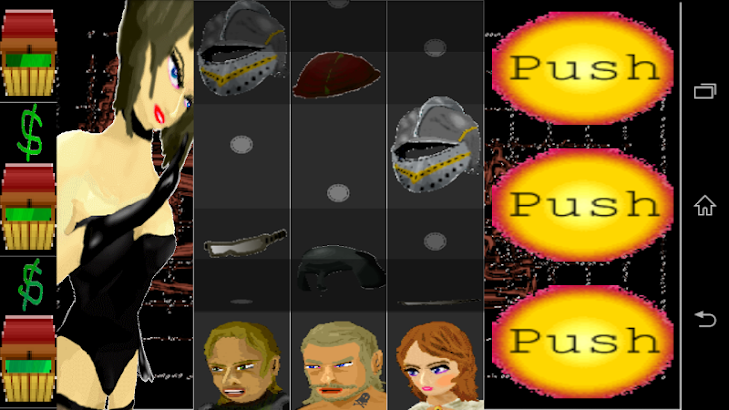 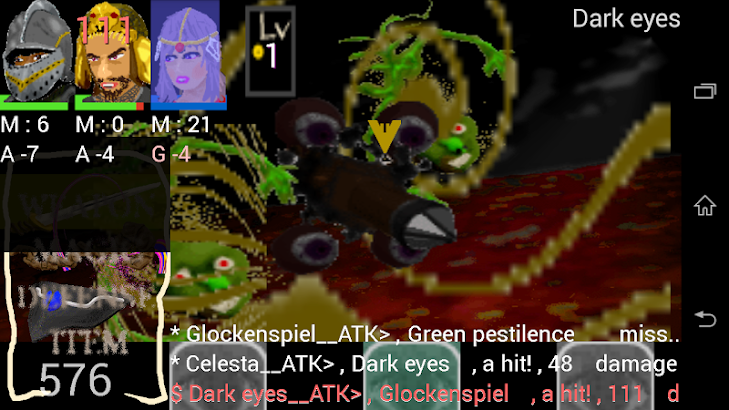 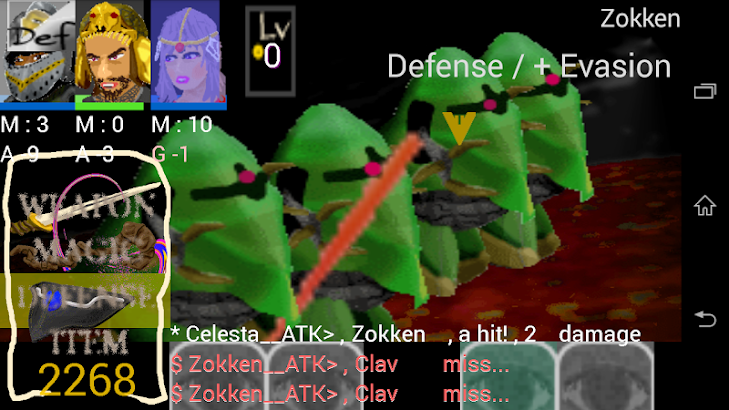 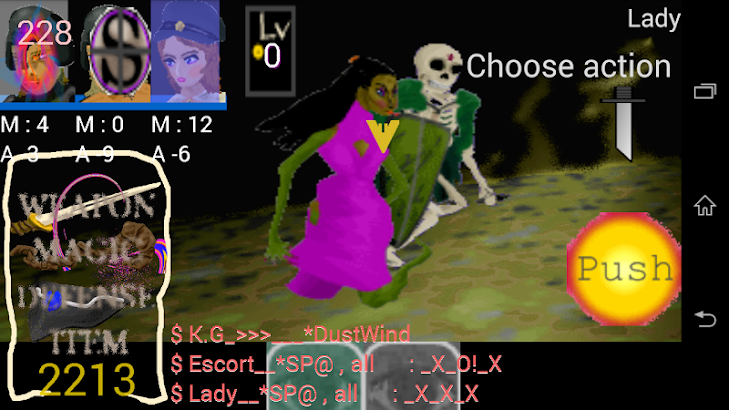 You can enjoy at the end to no-billing.
Because production cost is zero so.
You never did a game made with one person, didn’t you?
He worked on drawing , composition , program and design.
You will be surprised to unique world.

*Rest
You will recover the fatigue. And as long as it experienced capacity will rise.
Degree of fatigue will be displayed in the bar at the bottom right of the screen.

*Arms
You can equip armed that you obtained in the dungeons.
The selected human can equip whitish characters of the item.

*Dep
You will leave the dungeon.
Range that go with respect to regular random dungeon will be as soon as “pass bills owns”.

Suddenly, warlock ‘Mad Gasoline’ appeared in the kingdom.
He stole ‘book of the knowledge’ and disappeared.
War fire occurred in the kingdom which lost order of the knowledge.
Emperor Kyros sent groups to ‘cave of splitting valley’ repeatedly.
The cave is the north remote place where rumor of the missing does not die out.
Male ‘Orr’ living in the kingdom has taken a false accusation of the arson, however the emperor granted a pardon to him.
But, one cannot live confidently unless one return a debt.
Orr has decided to go to the cave, with swordsman-K.G who has got the same situation as him.

This game automatically save when you come back to this base from the dungeon.
Because your behavior is automatically saved at the room, can not be canceled of shopping.
If you are wiped out in the dungeon, or suddenly when you will interrupt this app…
Unfortunately, you will be again from the last save point.
You may be harmed in the automatic save tangling.
In order to prevent this, let you select ‘Rest’ command when the feedback from the adventure.
You can equip the acquired items when you are in the room.
First you try to select a character. It will change a person, if you press the picture of the face.
To the next, you should select the part.
When you press this mark, and equipped with armor(or weapon) that is selected in the list.
Equipment written in white letters in the list can be equipped with a select person.
Goods of dark red characters can not be equipped.
If STR, DEX or VIT is less than the specified value, the person will be unable to equip item.
There are equipments to be used only by a limited number of people.

It seems that depending on some models, errors will occur.
Especially during the tutorial seems prone to troubles.
If you don’t proceed absolutely, please select “AVOID ERROR” in the title screen.
It will can create a file that starts from the time you have finished the tutorial.
Once you exit and launch, the file will be created.
It should be noted, this case will be cut all the parts that are described in the tutorial.
To complement this, I recorded the tutorial part in the video.
Please see if you like.
https://www.youtube.com/watch?v=xwrNq_5b6S8&feature=youtu.be
tutorial